The homemade paper syrup specifically was meant to reference the government bank notes that were once printed at Laverstoke Mill that Savage had visited earlier in the week. That former mill is the future home of the Bombay Sapphire distillery. (We toured the site and I'll report on that in a later post.)

For his final drink, Savage was able to source actual bank notes printed at this mill and use them as a garnish. 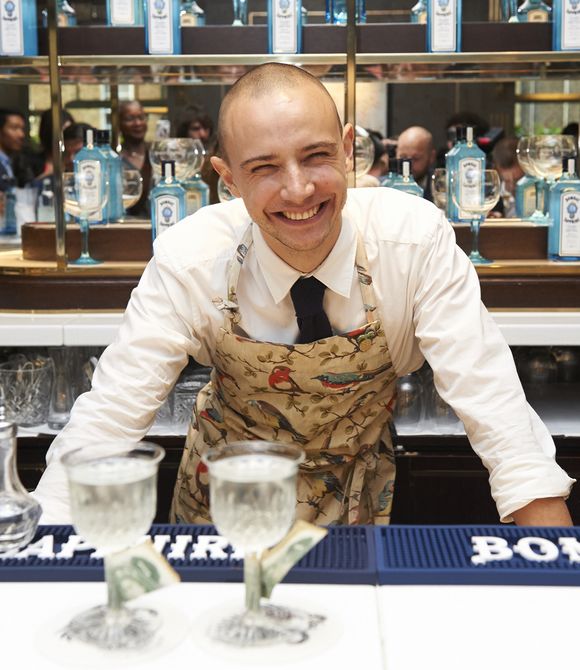 As this was the World's Most Imaginative Bartender contest, the 14 international competing mixologists were encouraged to take inspiration from their visit to England and use it in their cocktail. Other contestants used the taste of British things we'd experienced like tea and jams, or they mimicked the vapor infusion process through which Bombay Sapphire is made.

Savage used the idea of the printing mill and the smell of books to inspire his paper syrup. He said, "I tried to think of what paper smells like. The challenge was to go from a smell to a taste."

His paper syrup contained a base of caster sugar and water, to which he added vanilla, fresh cut grass from outside the hotel, gentian root and (gentian-rich) Suze liqueur, and Laphroaig 10 year scotch for a touch of woody peat. I tried the drink and it was really quite close to paper - the sweet grassy vanilla on entry that quickly faded to a woody dryness from the gentian. Brilliant.

The dash of saline solution he says is a common touch they use at Little Red Door to kick up the flavor of cocktails. In this competition rather than a water or neutral spirit base, he used a base of Bombay Sapphire.

Stir all ingredients with ice and strain into a cocktail glass.

Cook gently until it the sugar is dissolved. When it has cooled, add:

I'll post more about the contest and the other drinks the bartender created as soon as I get hold of all the recipes. There was a terrific diversity of flavors and styles that came from this contest challenging bartenders to use their imaginations. 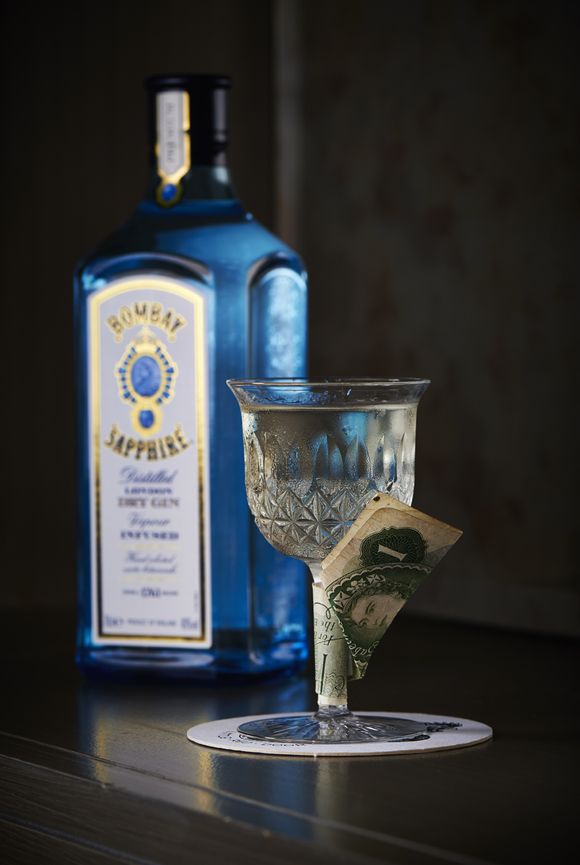