This fall the new Bombay Sapphire distillery will open at the site of Laverstoke Mill in Hampshire, about 2 hours' drive from London.

While I was in town for the Most Imaginative Bartender competition we visited the site, still very much under construction (and thus, no pictures allowed). You can see a few more pictures on this Google image search though. 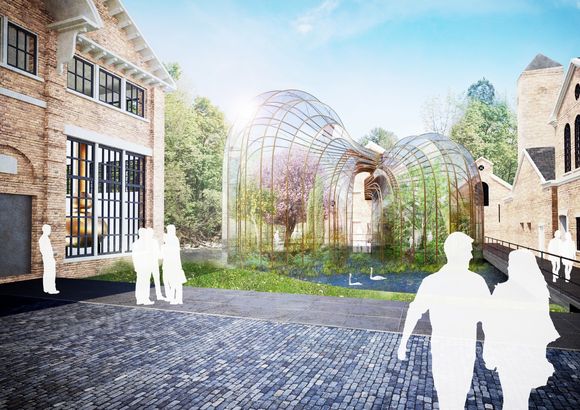 Laverstoke Mill is a former paper mill that used to make bank notes for the Church of England, though archivists have found that there has been a mill of one type or another on the site nearly-continuously since the year 903.

It is situated on a small river that runs right through the middle of it. The river turns a horizontal water wheel (now being repaired) that will help power the new distillery.

The water wheel is one of several sustainable design features. The distillery in general is powered by a biomass boiler. It is fueled with scrap wood chips, as well as the spent botanicals from distillation.

The heads and tails of distillation are sold off to be used for pharmaceutical and other purposes, as is quite standard.

They also plan for rainwater harvesting and to use photovoltaic cells for additional energy from the environment.

They cool water from the condensor (cool water washes through it and heats up) by piping it outside and running it through a radiator-type thing to release some heat into the air.  Spare heat from the distillation is used to heat the two greenhouses.

About Those Green Houses

The distillery has an on-site horticulturalist overseeing the two swirly 14-meters-high greenhouses (or glass houses, as they call them) that were in the middle of construction while I was there. One will be kept at a Temperate climate; the other a Tropical one. With these two climate settings, they'll be able to grow all ten botanicals used in Bombay Sapphire: juniper berries, corriander, angelica, lemon peel, bitter almonds, orris root, cassia bark, licorice root, cubeb berries, and grains of paradise.

People will be able to walk through the greenhouses and the river runs around the outside, so it's as if they're seated in the river. 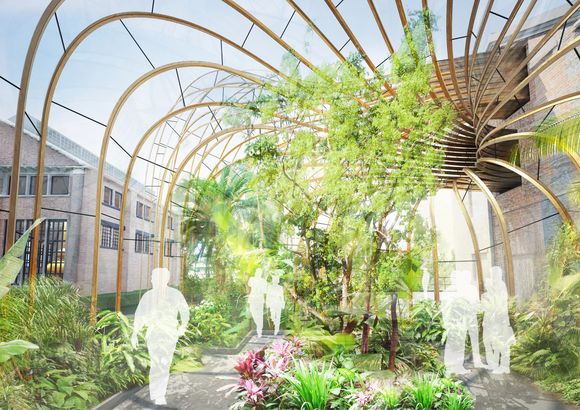 There are actually two sets of stills, a giant brand-new pair, and a pair dating back to the 1800s. Both will be operating.

On the grounds there are outdoor areas for seating or walking, a gift shop (but they assure us they'll only sell gin and bar supplies, not key rings and tchotchkes).

The small river has not only trout in it, but it's visited by otters and kingfishers. To lead themselves around the distillery, guests will have a map that with hidden ink that shows up in light, and a built-in RFID chip so that exhibits will speak to them in their chosen language.

The heritage building has a small event space bar and an open bar downstairs for visitors, so there are a lot of large and small spaces both for public and private events.

How Bombay Sapphire is Made

Like nearly all gins, the process starts with neutral grain spirits purchased from other distilleries - basically high-proof vodka. This is brought to Laverstoke in 30,000 liter trucks, which take an hour to offload. This amount of spirit lasts for about 3 days of making gin. The raw spirit comes in about 96.3% ABV but they water it down to 80% before distillation.

Bombay Sapphire is made with "vapor infusion." This means that unlike many gins, the botanicals do not soak with the neutral spirit in the still. Rather, dried botanicals sit on perforated trays in a column. The steam from the boiling alcohol passes through these trays and picks up the botanical notes. Then the steam passes into the condenser, where it is cooled back into liquid. Here is a blueprint-quality scale diagram of the stills I drew. 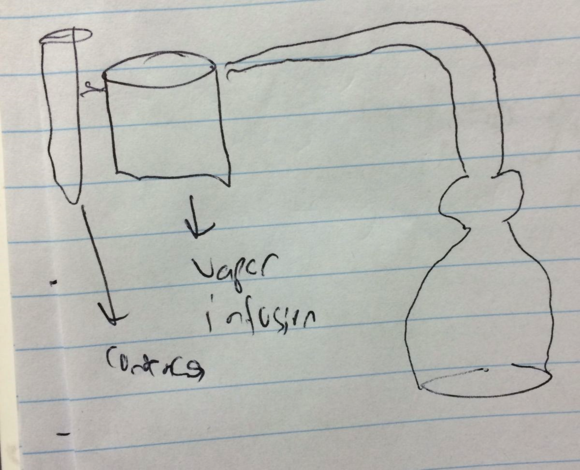 We had a look into the column where the vapor infusion takes place. The trays are large- let's guess 5 feet accross- and several of them are stacked atop each other. Each tray contains one or more botanicals, neatly arranged. 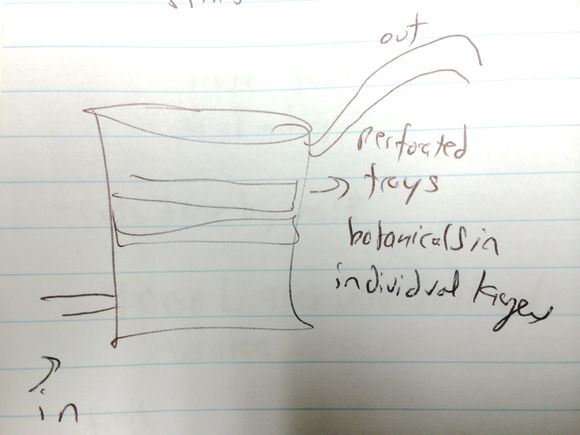 The heads cuts in distillation are done by nose - the distiller waits until a fresh citrus aroma comes off the stills during distillation. The cuts, however, are always done at 65% ABV (as long as it still has a good aroma at that point.)

Distillation lasts about 10 hours in total. Starting this month they'll run the stills 24 hours a day to keep up with demand.

After distillation, the gin is at 86% alcohol. It then leaves Laverstoke in trucks, where it is sent to a bottling facility in Warrington. There it is reduced to bottle strength and put in bottles (duh).

So that's what I know for now. I look forward to seeing it when it opens.