Last week was the Bombay Sapphire World's Most Imaginative Bartender Competition, which took place in London. As I wrote previously, the winner was Remy Savage of Little Red Door in Paris, with his cocktail that tastes like paper called the Paper Anniversary.

Now let's look at all the 14 challengers from countries around the world, and see their common techniques and ingredients chosen for the competition despite their diverse backgrounds and locations.

A Pinch of Salt

The winning cocktail by Remy Savage of France contained Bombay Sapphire gin, his brilliant "paper syrup", and a dash of saline solution. Savage says they use a dash of salt in all their cocktails at Little Red  Door to amplify flavors, much like it does for food. 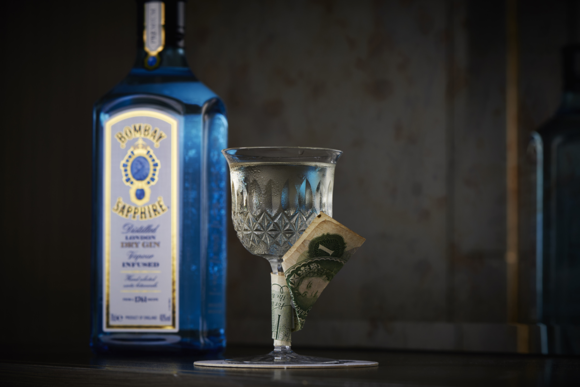 The Paper Anniversary by Remy Savage. Most images provided by Bombay Sapphire.

In the past few years I've seen this done by many bartenders; in particular adding a tiny pinch of salt to their flavored syrups. At the Most Imaginative Bartender competition, I saw it several more times.

Jonas Anderson from Denmark created the Finding Neverland made with Bombay Sapphire Manzanilla sherry, gooseberry cordial, lemon juice, and a pinch of salt. Salt and manzanilla are a great combination, as manzanilla is aged by the sea and we often pick up salty notes in it as well. 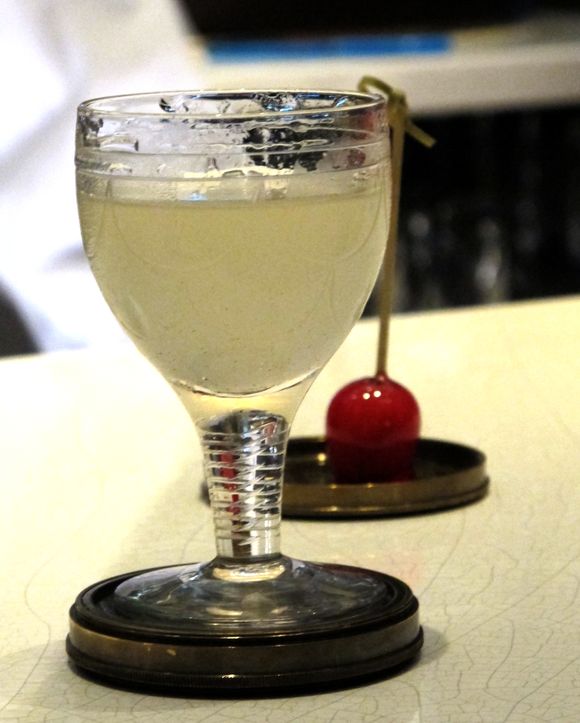 Zoe Waage from Norway used both salt and vinegar in her whimsically-served cocktail named The Ringmaster. In addition to malt vinegar and lemon-smoked salt, it contained Bombay Sapphire, bergamont liqueur, orange marmalade syrup, and pale ale. The popcorn was a nice touch. 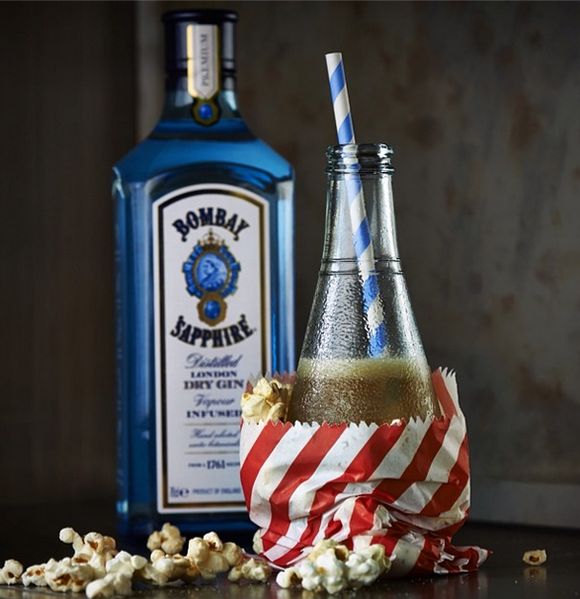 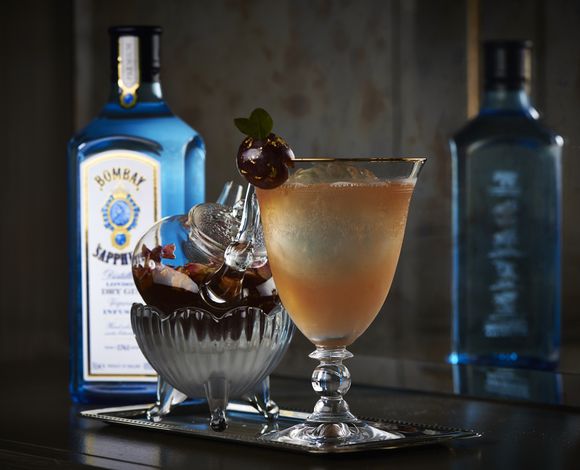 Alex Frezza of Italy used a lemon and chili shrub in his The Other Side cocktail, along with Bombay Sapphire, Vin Santo dessert wine, a fruity white wine, mint soda, and an Angostura bitters and olive oil emulsion. 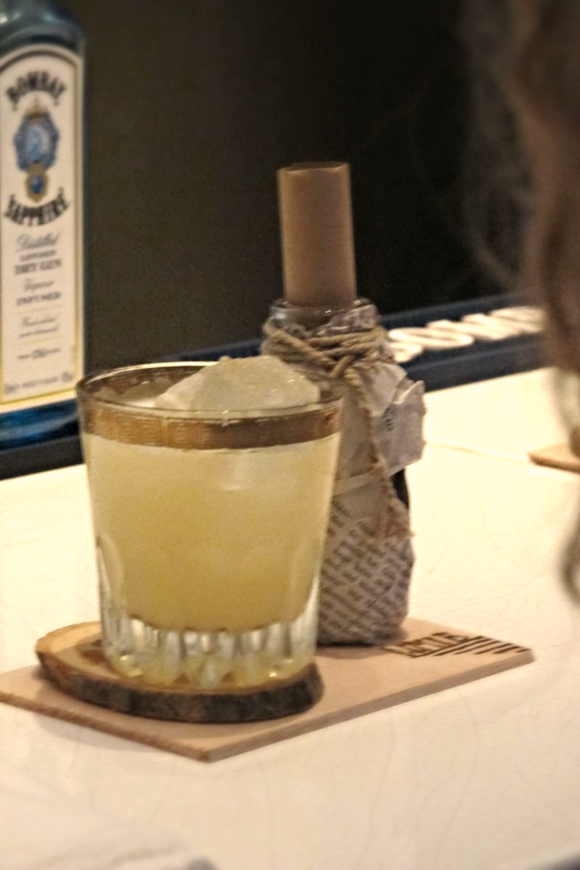 In addition to Marian Krause and Zoe Waage, two other bartenders used jam - five out of 14 competitors! Tea was found in Ayumi Tokunaga's drink, as well as David Mora's and two others'. Julio Cabrera and Timothy Alun Muhlbeyer used both tea and jam. 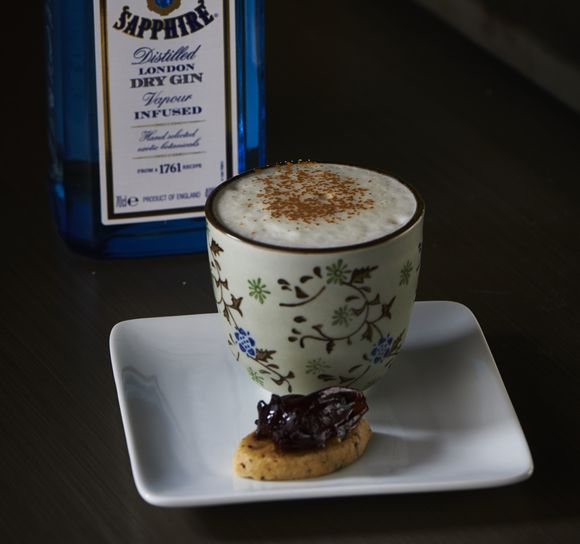 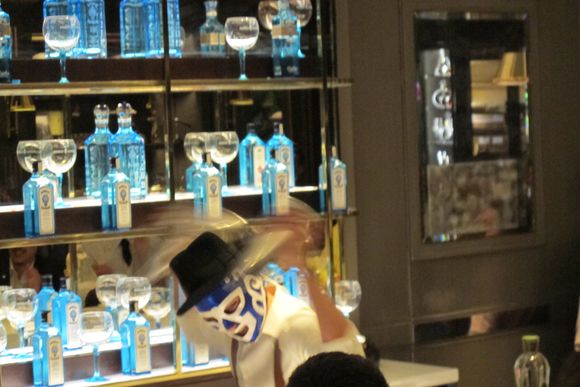 Runner-Up Rich Woods of London made a drink called Eden with Bombay Sapphire, Martini Bianco vermouth "compressed" with apples and elderflower, an ale reduction with berries, and beetroot "paint" that was swiped on the inside of the glass. 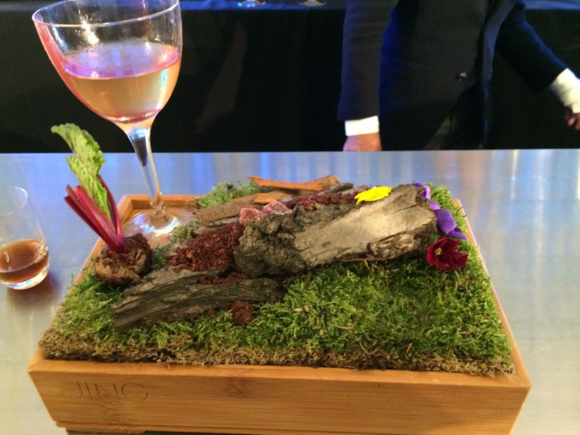 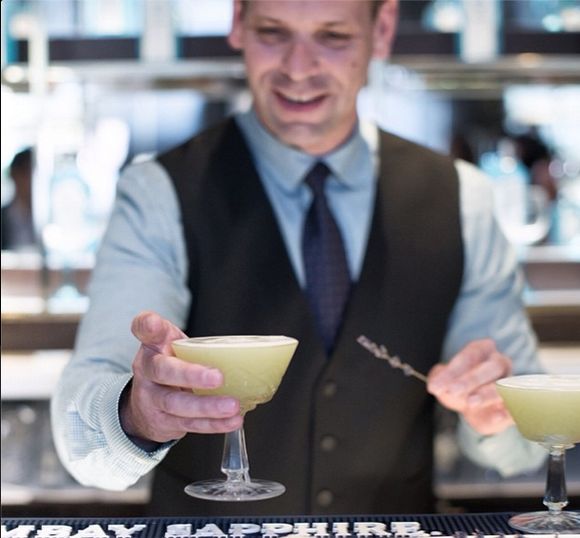 Kenny Klein from Austria made one of the most unique cocktails of the competition, named after the song Rise Like A Phoenix that won the Eurovision Song Contest this year from Austrian drag performer Conchita Worst. His drink was made from St. Germain-asparagus soup (that was infused with vanilla, almonds, cassia bark powder and white chocolate), plus Bombay Sapphire and lemon juice, and it was topped with cardamom leaves, flowers, and a spritz of Bombay Sapphire perfume. Ran Van Ongevalle from Belgium made a cocktail that I really enjoyed for the yellow pepper notes that were in his homemade cordial along with pear, carrot, and grapefruit. To this he added Bombay Sapphire, lemon juice, Martini Bitter, ginger ale, Kewra water, cassia bark, edible flowers, and a grapefruit zest. 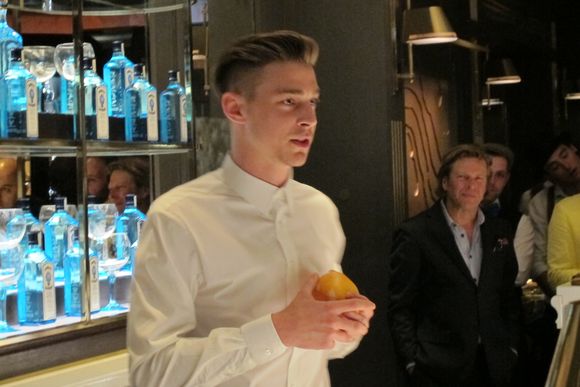 We already saw that Jonas Anderson used sherry in his cocktail. So too did Juan Valls from Spain in his Mandala cocktail with Fino sherry, Bombay Sapphire, Becherovka, red grapefruit juice, and "countryside cordial." 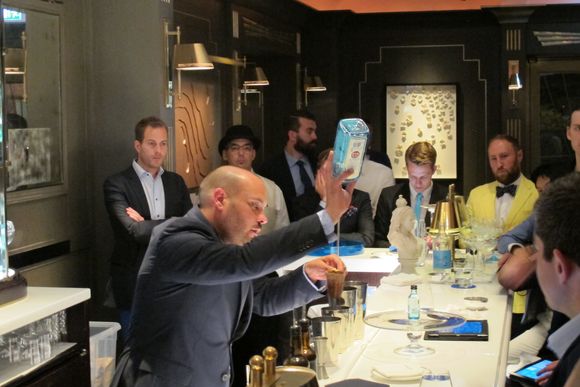 At least two competitors made a point of not serving the drink too cold.  Timothy Alun Muhlbeyer wanted his drink to be aromatic, and colder temperatures suppress aromatics. He says, "I tried my drink many times and I found out that if it's too cold the aroma doesn't come out that well. That's why I said the drink has to rest a little." 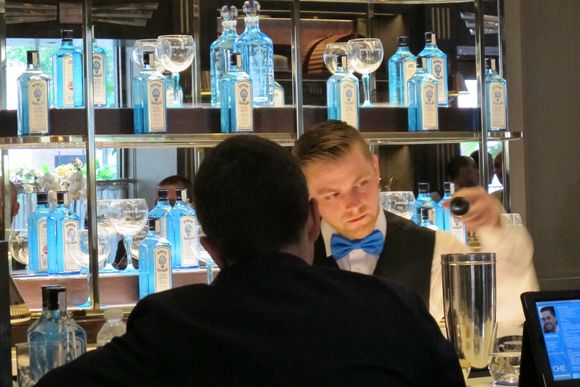 Alex Frezza's drink needed to be warmer too, but for a different reason. His drink contained an olive oil and Angostura bitters emulsion -they were mixed together but not "fat-washed" out. He said the olive oil was there to add a soft texture to the drink. 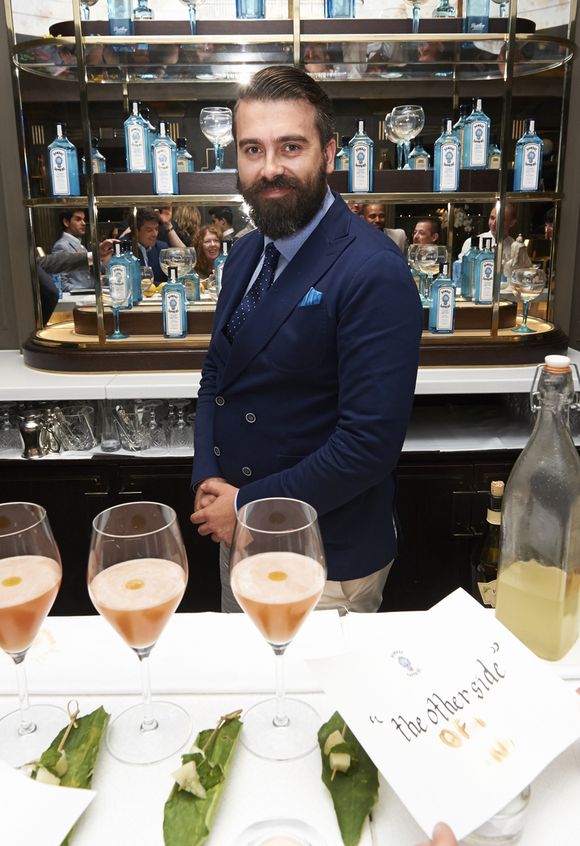 So: learning is awesome. Well done, bartenders. I hope to see y'all again soon.