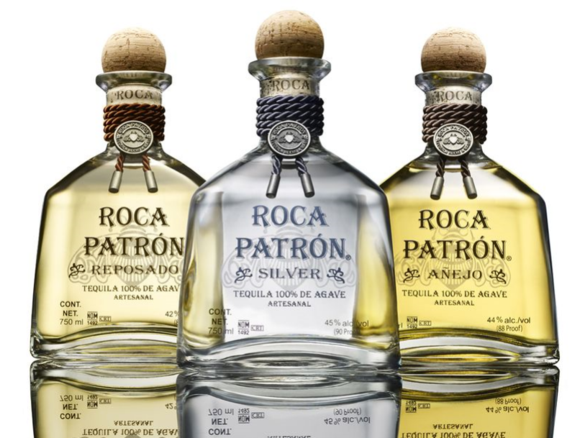 Roca Patrón starts with a tahona, a giant two-ton stone wheel hand-carved from volcanic rock (roca) that slowly crushes the cooked agave to break the bonds of fiber and release the rich agave juice. From here, both the juice and the agave fiber are placed together into wooden fermentation vats for 72 hours, and then distilled in small-capacity copper pot stills. Only a handful of the more than 150 working tequila distilleries in Mexico still utilize the tahona process.

While Roca Patrón is the company’s first line of tequilas crafted exclusively from the tahona process, the process itself is nothing new to Patrón. From the brand’s very beginning, every tequila in the Patrón portfolio has included tahona tequila in the blend. The core line of Patrón tequilas, and Gran Patrón Platinum and Gran Patrón Burdeos, are created from a combination of tahona tequila and tequilas produced from the more modern roller mill process. Patrón has also recently introduced a tahona-only extra añejo, Gran Patrón Piedra.