The Gin Renaissance in America: Who, When, Where, and Why

This post is sponsored by Anchor Distilling, makers of Junipero gin and Genevieve genever-style gin. 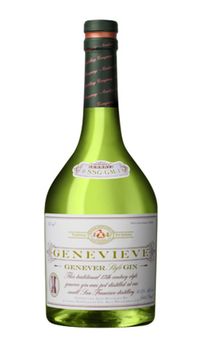 Dutch genever and English Old Tom gin predate the London Dry style of gin that dominates today. Much credit for the popularity of gin in England is given to William of Orange, who was the king of Holland and then England (making the British people familiar with genever) and who imposed tariffs/bans on products from Catholic France, including cognac (forcing folks to drink local).

In England Old Tom and then London dry styles of gin proliferated and the era known as the Gin Craze in the mid-1700s was an epidemic of over-consumption. Over a 100-year period during and after the Gin Craze, most of the older London Dry brands, including Bombay, Gordon's, and Tanqueray launched.

In America, many early gin cocktails were made with genever. As David Wondrich points out in Imbibe, until the 1890s there wasn't much London dry style gin in the US at all.

During US Prohibition, "gin" was often raw spirits adulterated with juniper oil and other flavorings like turpentine. After Prohibition and into the Martini-filled Mad Men era, gin ruled the day, but in 1967 vodka outsold gin for the first time and has remained on top ever since.

Today, there are hundreds of new gin brands created internationally and at the 600+ new microdistilleries in the US. The mixology and craft distilling renaissances have combined to make gin a very exciting category over the last two decades. So many new gin brands are launching that it's nearly impossible to keep up.

Recent History and the US Gin Launch Timeline

In looking at the US Gin Launch Timeline (the launch dates of about 75 gin brands to the US market), we can make a little more sense of the American gin renaissance. Much credit must be given to the big brands who promoted a lighter, less juniper-forward style of gin and marketed the heck out of it to steal back some market share from vodka drinkers. This includes Bombay Sapphire in 1987, Plymouth's relaunch in 1998, and Tanqueray No TEN in 2000, among others.

These brands all came out of the UK, however. In the 1990s, the US the micro-distilling movement was in its infancy. California distilleries St. George Spirits and Germain-Robin both opened in 1982 and Charbay in 1983, and all focused mainly on fruit brandies at the time.

San Francisco's Anchor Distilling was founded in 1993 and launched its first product, a single-malt rye whiskey, in the beginning of 1996. 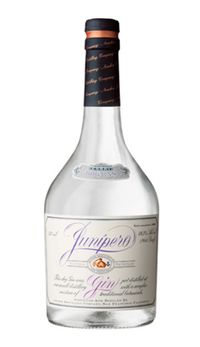 Back to the gin. In 1996, both Anchor Distilling's Junipero and Bendistillery's Cascade Mountain (later changed to Crater Lake) Gin both launched. Junipero was bold: nearly 50% alcohol by volume and bursting with juniper. Cascade Mountain (47.5% ABV) is an infusion of juniper berries (with no other botanicals) in neutral alcohol, post-distillation- a different beast entirely.

Idaho's Bardenay launched in 2000, and Hampton's and Leopold Bros. in 2001. According the Wayne Curtis in The Atlantic, "There were about 70 small distilleries across the United States in 2003; today there are more than 600."

A few brands launched each year after that, and then in 2006-2007 things really picked up steam with half-dozen or so launching in each of those years. The pace of new gin launches has only increased since then, probably exponentially.

When David Wondrich's book Imbibe came out in 2007, he mentioned that sometimes you could find a few genever imports but one might have to make due with a mix of Irish whiskey, London dry gin, and simple syrup. Luckily that era didn't last too much longer. The small jonge-genever style import Zuidam was available in some markets, Anchor Distilling's Genevieve was released in 2007, and Bols Genever made a slow but successful entry into the category in 2008.

For Old Tom gin, there hasn't been very much on the market - I assume bartenders prefer the crisper London-dry style even in drinks that once called for Old Tom, but the lightly-sweetened Hayman's was imported in 2007 and the lightly-aged Ransom came along in 2009. In 2014, Tanqueray released a new Old Tom onto the market.

In my next post, I'll get into the specifics of how they created Junipero and Genevieve at Anchor Distilling.