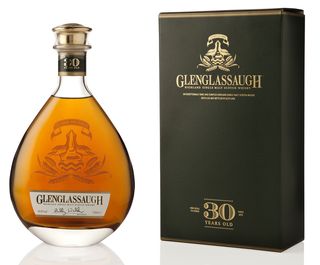 First opened in 1875, Glenglassaugh Distillery stands at the east end of Sandend bay overlooking the North Sea in Scotland’s Speyside region. Originally built by local entrepreneur and businessman James Moir, Glenglassaugh returns to its glory under the current guardianship of whisky veteran Billy Walker and the BenRiach Whisky Company, which purchased the distillery in 2013. Through U.S. importer, Anchor Distilling Company in San Francisco, Americans will get their first taste of Glenglassaugh expressions with the introduction of five single malt whiskies: Revival, Evolution, Torfa, 30 Year Old, and 40 Year Old.

Glenglassaugh boasts a history of whisky production that, like many of its kind, includes dark days when the distillery was mothballed due to the vagaries of the whisky market (which came to an end when production restarted in 2008). In his quest to bring back some of Scotland’s iconic distilleries, Walker returns Glenglassaugh to its glory days, producing complex whiskies full of character that reflect the brininess of the barrels garnered from the location’s sea air. The Glenglassaugh selection also reflects older as well as new expressions that don’t carry an age statement.

REVIVAL
The Glenglassaugh 'Revival' is the first Single Malt Scotch Whisky from the re-born Glenglassaugh distillery.  The Revival is matured in combination of red wine casks and ex-bourbon barrels, finished in first-fill Oloroso sherry butts for a period of six months. Non-chill filtered and of natural color, a Highland Single Malt. Strength: 46%ABV. Suggested Retail Price: $64.99.

TORFA (PEATED)
Glenglassaugh Torfa is a unique expression with its peaty, phenolic nature, and is quite different from the usual style of whisky produced in the Highlands. Torfa, referring to the Old Norse word for peat, is a brooding, edgy character, whose personality is to be found at the darker end of the spectrum. Non-chill filtered and natural color. Strength: 50% ABV. Suggested Retail Price: $74.99.

For more information on Glenglassaugh or distribution, visit AnchorDistilling.com