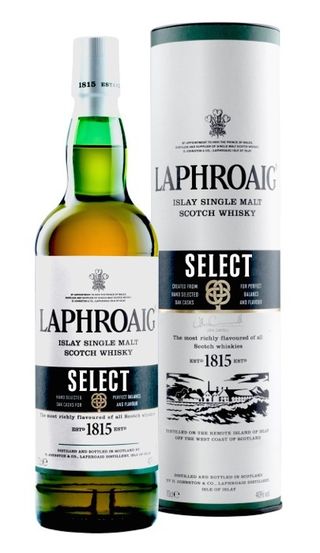 The liquid is selected from casks representing Laphroaig's Quarter Cask, PX Cask, Triple Wood and Ten-Year Old Casks. There is a final maturation in new American Oak casks, rarely used in Scotch Whisky maturation. During the last six months of aging, Laphroaig Select rests in the highest, warmest reaches of the warehouse throughout the Scottish summer.