Within a week of each other, two new books about moonshine landed in my mailbox. Let's have a look. 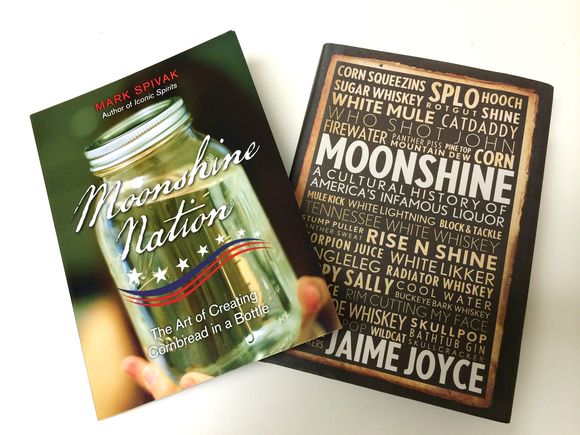 Moonshine Nation by Mark Spivak is the story of moonshine’s history and origins alongside profiles of modern moonshiners—and a collection of drink recipes from each. 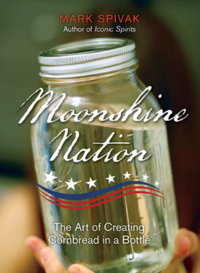 Moonshine is corn whiskey, traditionally made in improvised stills throughout the Appalachian South. While quality varied from one producer to another, the whiskey had one thing in common: It was illegal because the distiller refused to pay taxes to the US government. Many moonshiners were descendants of Scots-Irish immigrants who had fought in the original Whiskey Rebellion in the early 1790s. They brought their knowledge of distilling with them to America along with a profound sense of independence and a refusal to submit to government authority. Today many Southern states have relaxed their laws and now allow the legal production of moonshine—provided that taxes are paid. Yet many modern moonshiners retain deep links to their bootlegging heritage. Moonshine Nation is the story of moonshine’s history and origins alongside profiles of modern moonshiners—and a collection of drink recipes from each. 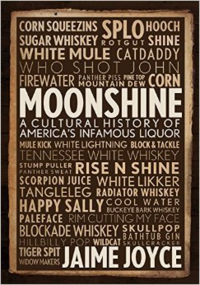 Hooch. White lightning. White whiskey. Mountain dew. Moonshine goes by many names. So what is it, really? Technically speaking, "moonshine" refers to untaxed liquor made in an unlicensed still. In the United States, it’s typically corn that’s used to make the clear, unaged beverage, and it’s the mountain people of the American South who are most closely associated with the image of making and selling backwoods booze at night—by the light of the moon—to avoid detection by law enforcement.

In this book, writer Jaime Joyce explores America’s centuries-old relationship with moonshine. From the country’s early adoption of Scottish and Irish home-distilling techniques and traditions to the Whiskey Rebellion of the late 1700s to a comparison of the moonshine industry pre- and post-Prohibition and a look at modern-day craft distilling, Joyce examines the historical context that gave rise to moonshining in America and explores its continued appeal. Even more fascinating than the popularity of the liquor itself is moonshine’s widespread effect on U.S. pop culture: moonshine runners were NASCAR’s first marquee drivers; white whiskey was the unspoken star of countless Hollywood film and television productions; and numerous songs inspired by making shine have come from such musicians as Dolly Parton, Steve Earle, Metallica, Ween, and others. While we can’t condone making your own illegal liquor, reading Moonshine will give you a new perspective on the profound implications that underground moonshine making has had on life in America.

I haven't read them yet, but it will be interesting to do so and explore them both.