One of the more memorable things I saw at Tales of the Cocktail in New Orleans this year was the debut of Vya vermouth's new El Vermut. It comes in a 20 liter plastic bottle, which is in turn in a box. You attach it to a tap system and serve. Boom! Vermouth on tap. 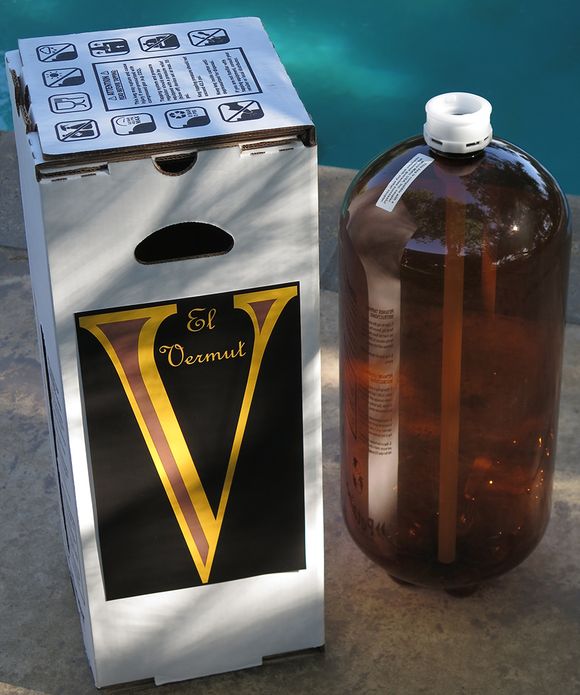 El Vermut is new product really designed to be served over ice with an orange twist, but they say it works for vermouth cocktails as well. It's a new vermouth to their line - which can be approximated as a mix of three parts Vya Sweet Vermouth with one part Vya Extra Dry Vermouth.

From the press release:

With over twenty different spices, and a mixture of four neutral base wines, including Quady’s Starboard port, this special blend expresses the sweetness levels of Spanish vermouth while distinguishing itself as a uniquely refreshing American experience. Fans of Vya will recognize the signature holiday spiciness and herbaceous zest found only in vermouth made by Andrew Quady and winemaker Michael Blaylock at Quady Winery.

It will be available nationally soon (they are awaiting final approval).

El Vermut requires a tap line to dispense. Here's some stuff I don't understand but bartenders need to know.

For more information, visit the blog VermouthYouAsk and to order email andrewq at quadywinery.com.

This isn't the only vermouth available in bulk in the US. San Francisco-based Sutton Cellars vermouth is on tap in a few bars including The Alembic.

Rather than a plastic bottle, this vermouth comes in stainless steel five-gallon kegs that connect to a draft line. Carl Sutton says that some bars use the nitrogen mix gas line as mentioned above, and others use pure nitrogen.

Which will be the first bar to offer two vermouths on tap???