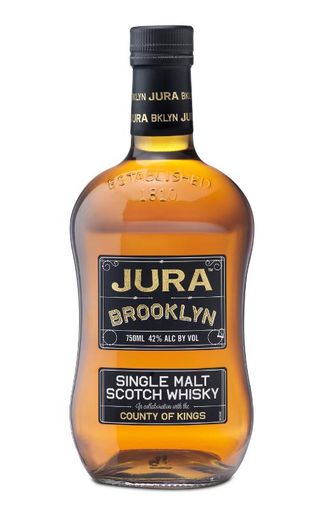 Jura Brooklyn has been aged up to 16 years in American White Oak Bourbon, Amoroso Sherry and Pinot Noir casks. Jura Brooklyn retails for a suggested price of $79.99.

Jura's Master Distiller, Mr. Willie Tait, traveled across the Atlantic to the streets of Williamsburg, Park Slope, Bushwick and every neighborhood in between, with one objective: to craft a world-class single malt Scotch, chosen by and for the people of Brooklyn.

About Jura:
The Isle of Jura is nestled off the West Coast of Scotland. It's only 60 miles as the crow flies from Glasgow, but takes a wee while to get there. It's just one road, one pub, one distillery and one community. Jura whisky is a part of the Whyte & Mackay single malt portfolio.