The four vermouths are named Witty, Pretty, Jammy and Pink. 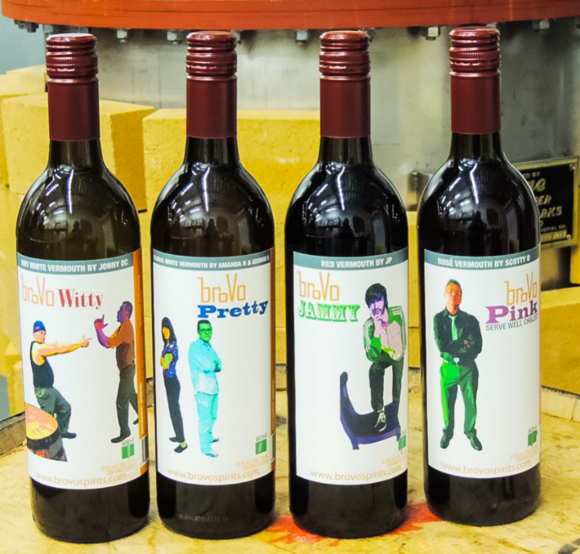 Floral white vermouth, recipe co-authored by Amanda Reed, who is working on a new concept opening soon in downtown Seattle, and George Engelstad of The Hideout, Seattle.

A jammy red vermouth, recipe authored by JP Vidican of The Westy, Seattle.

More Information About the Vermouths from founder Mhairi Voelsgen

We wanted to see if we could build a vermouth that would last a little longer than the standard one week. Bartenders wanted a higher ABV product, but one at an effective price point.

We wanted to make a product that needed less of an explanation than amaro for the general public and would build on the skills we already had. We also thought that owning a distillery gave us an advantage - we could work with the herbs and spices in the liquor versus just infusing the wine. Infusing/distilling or macerating the flavors into the liquor would help the vermouth hold its flavor longer because the liquor is not impacted by oxidation. We built the vermouth at a higher ABV - 19.9% ABV.

There were also no new American vermouth that used Washington wine. We wanted to highlight the wine industry in the state. We chose to use four different wines as the base. They are all Wahluke Slope wines.

We elected to not use wormwood for one main reason. The TTB/ATF requires additional testing of anything with wormwood for the presence of thujones. When we made amaro, our Amaro No. 3 used mogwort. It required testing which took more than six months and held up the release of the amaro.