The History of the Potato, Part II 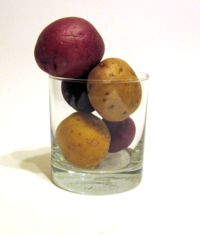 I'm researching potatoes in a little project for Karlsson's Vodka. We have looked at what a potato is and the introduction of the potato to Europe. Now we'll look at the slow spread of potatoes around the continent, then talk about french fries, yum.

The Spread of Potatoes Around Europe

Though the potato arrived in Europe in the late 1500s, it didn't catch on so quick. Partly this was because of the difference in terroir between northern Europe where the temperature and sunlight varies a lot over the year, and  their native equatorial Peru. So they were grown around Europe but they weren't as prodigious as the potatoes we know today.

It was on the Canary Islands- closer to Peru than to Ireland in climate- that farmers were able to breed varieties that would later be successful throughout Europe.

There were also publicity issues - though as mentioned in the previous post they were often called aphrodisiacs, they were also believed to be the cause of leprosy. You win some, you lose some.

Potatoes were a different sort of crop than Europe's grains- they were more labor-intensive to plant (one doesn't just scatter seeds) and harvest. It really wasn't until the 1700s that potatoes became a food crop.

By 1700 the potato was grown around the UK, though this seems to be largely in individual gardens rather than as a field crop initially. They may have first been grown commercially in Alsace, France.

One interesting reason for their success as a food/field crop was wars in Europe: armies trampling over the lands wouldn't see the obvious grains sticking out of the ground, and they could camp on the lands and potatoes would still be growing underneath. 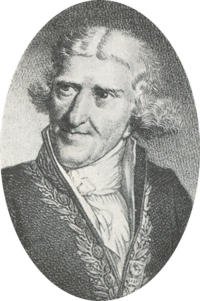 Throughout the 1700s  potatoes were eaten not by choice but out of desperation- but it turns out that their a pretty darn good source of nutrients. Frederick The Great of Prussia was a believer, and required their planting across the Germany-Austria region. A French pharmacist named Parmentier (there is a Parisian metro station named after him) was captured during the Seven Years War with Prussia was fed exclusively on potatoes for three years, and brought back this knowledge to France.

He introduced them to the royal court and there there were all-potato themed dinners. Benjamin Franklin and Thomas Jefferson may have attended these dinners and at one of them Jefferson is said to have delighted in French fries and brought the idea back to America.

Potatoes were more rapidly accepted in the UK, where wheat didn't grow all that well but the tubers did. And as grain was a big commodity market, potatoes benefited from not being subject to market and weather whims. John Reader writes:

As a crop that thrived where wheat would not grow, and survived in weather that ruined grain harvests, the potato was to be welcomed by governments and commodity markets alike. Not only because it was a cheap source of food for the poor; not just as a commodity to be bought and sold; nor simply as a cushion that would dampen the severity of fluctuations in grain supply. It was all of these things, but also promised to free up more grain for the markets. If people could be persuaded to grown and eat more potatoes there would be more grain to sell. Thus the potato nudged grain away from its primary signicance as a stable food of the people who grew it, towards a  formative role in national and world trade.

In Norway, potatoes were grown by priests who were often farmers. They even had the nickname 'potato priests'. Potatoes came relatively late to Scandanavia. They were grown in aristocrats' gardens in Sweden and Denmark in the 1730s and became a field crop around 1800. Around the same year, they were cultivated in Russia and the Ukraine.

Later in the 1900s, anthropologists were able to show that wherever the potato was adopted, populations increased. It was a proven source of nutrition and allowed more people to share space on land. Of course this came with a downside.

In 1845, 90 percent Ireland's 8.5 million person population was dependent on the potato for food, as it grew so well there. And in 1845 and 1846 the potato blight hit and 88 percent of the potato crops failed. From those years and for the next few after, one million people died and another million emigrated.

The world's first celebrity chef, Alexis Soyer, designed and implemented a soup kitchen that fed 26,000 people a day in Dublin. He was also the creator of the first-known blue drink called Soyer's Nectar, but that came later.

We call it the Irish Potato Famine, but that's not at all accurate: the same crop failure happened all over the world. In 1843 it ravaged crops in North America and soon came to Europe, destroying crops everywhere. The cause was a parasitic fungus that grew on potatoes.

The solution to the problem came from a botanist named Millardet, who was also instrumental in helping circumnavigate phylloxera by grafting European grapevines onto American rootstock. He also promoted the solution to "downy mildew" which was a problem for grapes as well as potato leaves. The solution, copper sulphate mixed with lime that is sprayed on the leaves of plants, became known as the Bordeaux Mixture and it is still used on crops today. (It's discovery is credited with starting the agro-chemical industry.)

But as that solution was discovered 40 years after the great blight, how did they stop the disease? They didn't. It was the luck of the weather and of the varieties planted. There were regional outbreaks for years until the Bordeaux Mixture became common. Luckily, none approaching the severity of 1846-47.

The Potato in the US

Potatoes were grown in the USA since the 1600s, but not so much as food. The transition happened when Scotch-Irish people came to the US, as well as subsequent waves of potato-growing peoples from eastern Europe and Scandanavia.

According to the United States Potato Board:

Potatoes arrived in the Colonies in 1621 when the Governor of Bermuda, Nathaniel Butler, sent two large cedar chests containing potatoes and other vegetables to Governor Francis Wyatt of Virginia at Jamestown.  The first permanent potato patches in North America were established in 1719, most likely near Londonderry (Derry), NH, by Scotch-Irish immigrants.  From there, the crop spread across the country.

Idaho, the present-day largest producer of potatoes, actually did not begin growing potatoes until 1836, when missionaries moved west in an effort to teach the native tribes to grow crops instead of relying upon hunting and gathering methods.  However, it wasn’t until 1872 when the Russet Burbank variety was developed, that the Idaho potato industry began to flourish.

One way to avoid potato blight was to cross-breed potatoes to see what happened. In this process, a New York preacher was sent some seedlings from South America and these grew very well and were named the Garnet Chile Potato.

Then a Vermont farmer bred these into the Early Rose, which became very popular. These potatoes were generally seedless, but in in 1872 in Massachusetts an amateur botanist spotted a seed on an Early Rose. He collected and germinated the seeds and a single one of these new plants produced great big potatoes.

He sold the rights to this new potato (apparently that's doable) to a seed company. Then this potato mutated into the Russet-Burbank potato aka the Idaho potato.

And that's where your French fries come from.

Those great big Russet potatoes would be a lot easier to use to make vodka, but Karlsson's insead uses tiny heirloom potato varieties. They have less starch than the big potatoes and thus they need to use more of them - about 17 pounds of potatoes for every bottle of Karlsson's.

Read about a visit to see how Karlsson's is made here.