When Vodka Was Made From Potatoes

I'm researching potatoes in a project with Karlsson's Vodka.

There is a very common misconception that most or all vodka is made from potatoes. In reality it's a tiny fraction (I heard 1% at one point), while the rest is made mostly from grains (though some is from sugar byproducts, grapes, or even milk whey). I would love to know how this became the popular idea, but I don't think I'll be able to find out.

Interestingly, from my research the potato history books skim over the history of potatoes in vodka, and the vodka books do too. But I wanted to research when potatoes were used in vodka. 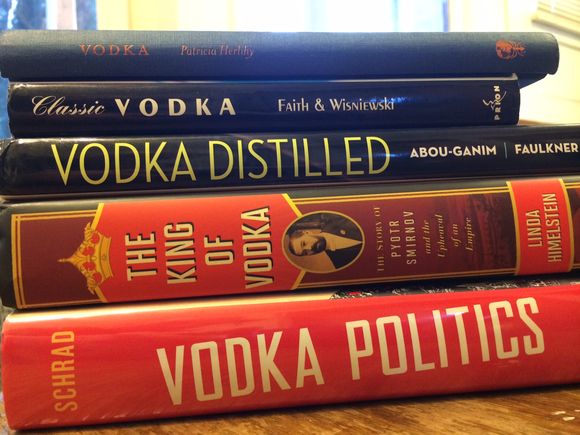 Potatoes didn't come to Europe from their native Peru until around the mid-1500s, yet the first printing of the word vodka is from 1405. Distillation preceded that by at least a couple centuries.

So the original vodka (which doesn't resemble today's crisp, clean version to be sure) was definitely not made from potatoes- grains and grapes had a big head start.

Some info from Wikipedia:

According to the book Vodka: A Global History by Patricia Herlihy, "In the early nineteenth century, Poland introduced the plentiful potato as an alternative base ingredient.... Between 1843 and 1851 the European potato blight severely curtailed production."

According to Nicholas Faith and Ian Wisniewski in their 1997 book Classic Vodka, potatoes first came to Poland in 1683, it wasn't until after 1764 that they began transferred from the gardens of the rich to the food of the peasants.

According to the book The Vodka Companion: A Connoisseur's Guide by Desmond Begg, "Potatoes, a cheaper raw material than wheat at the time, were first used in distillation in the 1790s."

As we'll look at in closer detail in another post, Sweden and other Scandinavian countries underwent a long puritanical/temperance movement. As part of this, the government took control of all alcohol production. And it seems that because they thought of alcohol as evil (though sometimes a necessary one), they made it all with the then-lowest-quality ingredient they could find: potatoes.

According to Classic Vodka, "Potato vodka is still subject to a certain snobbery, as though it is a consolation spirit made in the bath-tub. This misconception can be traced back to a time when potatoes were the cheapest raw material for vodka, whereas today they are generally more expensive and labor-intensive than grain.

The ideal potatoes for producing high quantities of raw alcohol would be large and have a high starch content, but Karlssson's vodka uses tiny heirloom varieties (seven of them) in their blend of Karlssson's Gold. These are less efficient, more expensive, and they certainly produce a flavorful spirit.

Read about my trip with Karlsson's vodka here.

Camper, is it not the case that vodka has been made with the cheapest available source of fermentable sugars (hence the carrots), excluding the contemporary super-premium sort? I've done no specific research, but my general reading (maybe colored by my distaste for high-proof liquids with no flavor payoff) has always suggested that vodka has historically been about using what you had to make something that would get you drunk fast.

Google reported this week that Eva Breblad of Sweden Was the First woman elected to the Royal Swedish Academy of Sciences,in 1748 for Her work with the potato, including how to make vodka out of potatoes among other wonderful things She accomplished. She helped lessen the famine in Sweden, by using the potato. Before that time they only used it for animals.

Awesome! Thank you for sharing this.

Are there any other vodka producers who are using small and varied potato varieties to produce interesting vodkas ?

Vestal vodka may be doing something similar. They do theirs in vintages also, recognizing annual differences.

Eva Ekeblad is a scientist who, amongst many discoveries, is also know for developing a technique to make flour and alcohol from potatoes in 1746.