The book title is Cocktails with a Tryst: An Affair with Mixology and Seduction. There are 12 short stories and 27 cocktail recipes. 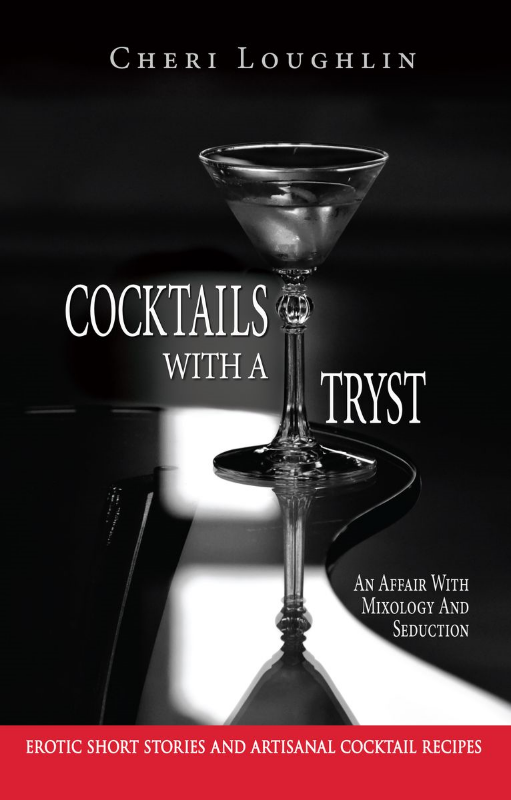 This is how I imagined it:

"Oh Sam," she moaned, adding 3/8 ounce of 3:1 honey syrup to the shaker according to the original Penicillin recipe, "I brought the Honey, now you provide the Milk."

But in reality: Not so much. There are some scenes that take place in bars (while drinking Martinis) and after cleaning up bars (then the after-hours fun begins). Champagne is used in one scene as a garnish... of sorts.

There are also a few scenes involving ice, and you know that makes me excited anyway.

Recipe-wise, drink names are often paired with the story scenes. For example, after a changing-room encounter in a lingerie store with a woman named Brandy, it is suggested that one might make the Brandied Bustier (with dark rum, apricot brandy, orange liqueur, and lime juice), or Brandy's Exquisite Cherry (brandy, spiced rum, port, maraschino cherry syrup).

The recipes tend include champagne and/or orange juice; I'd consider them brunchy in general.