A Slew of New Scotch Whisky For the Fall, Most of It Blended

Blue Hanger was originally a blended Scotch whisky intended for the diplomatic export market in 1934, but disappeared for a period of time until 2003 when Doug McIvor, spirits manager, began his experiments in vatting malts.

As with every expression of Blue Hanger, the strength is 45.6%. Blue Hanger 10 is only available in the United States at SRP $99.99.

Kininvie: a single malt fom Dufftown, distilled 23 years ago in July 1990. Each half-bottle will display the year of distillation, batch number, and individual bottle number. The Kininvie 23 Year Old – Batch #2 will be available in a 375 ml bottle with a SRP of $150.

The first apparatus installed at the Girvan distillery, known as No. 1 Apps, continues to make whisky today and over the last 50 years, has been joined by four other stills including a new type of patent still introduced in 1992 by Master Distiller John Ross. This unique process of vacuum distillation known as No. 4 Apps. 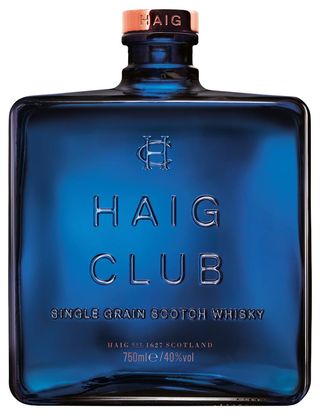 The rise of Single Grain Whisky has been both predicted by whisky experts in recent years. Made at Scotland’s oldest grain whisky distillery – Cameronbridge in Fife – Haig Club is aged in Refill, American Oak and Rejuvenated casks and bottled at 40% ABV for a suggested retail price of $70 in the USA beginning in November.