Potato Festivals Around the US and a Few in Other Countries

I probably should have looked at the number of potato festivals around America before I decided to start on a blog post listing them. There are a lot.

Most of these events take place in the fall, typically September. 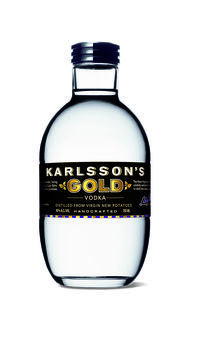 I made this list as I was working on a project with Karlsson's Vodka studying potato vodka, its history, production, celebration, etc.

In Sweden there is an annual celebration when the new crop of potatoes come out of the ground. The first bundle of skinless heirloom early potatoes ("färskpotatis" which sounds like "freshpotatoes" when spoken, also called "new" or "virgin" potatoes) is auctioned off for a huge amount.

Then the restaurants are flooded with these potatoes which are served in simple preparations and often accompany fish dishes.

I visited Sweden during this time and ate my weight in potatoes. More about my visit is here or visit the Karlsson's Vodka website.