This week's New Booze is a random selection of flavored ingredients, from barrel-aged bitters to vanilla-flavored bourbon to coffee flavored sambuca.

The roots of Peychaud’s Bitters has a long history, starting in the early 1800s, when Antoine Amedie Peychaud, an apothecary, gained fame in New Orleans for the compounding of a liquid tonic called bitters. These bitters gave an added zest to the potions of cognac brandy he served to his friends and acquaintances in his pharmacy. By the 1870s, as American Rye Whiskey became more popular and more readily available in New Orleans, Peychaud added his bitters to Rye cocktails while working at the Sazerac Coffeehouse in the French Quarter.

The Sazerac Company will begin selling limited quantities of these bitters in select markets and via the online gift shop at www.thesazeracgiftshop.com, starting in November. The suggested retail pricing for a five ounce bottle is $16.99. 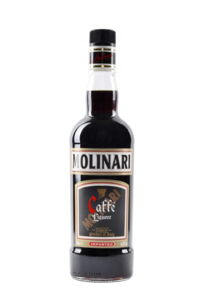 Molinari Caffè combines Molinari Sambuca Extra with a blend of coffees and other ingredients. The product gets its dark color from a blend of 100% Italian-roasted Arabica beans from Guatemala and the Dominican Republic, as well as Robusta coffee beans from Java, Togo and Congo. The liqueur is blended with a secret mixture of herbs and spices giving the brand its flavor of anise. Molinari Caffè is produced without any artificial colors or flavors and as with all products in the Molinari portfolio, all ingredients are all-natural and never GMO (Genetically Modified Organism). A. Smith Bowman Distillery announces the last release in its Abraham Bowman line for 2014, the Abraham Bowman Limited Edition Vanilla Bean Infused Whiskey. This new whiskey was aged a total of seven years and six months in the barrel.

Barrels of A. Smith Bowman bourbon were infused with chopped up Madagascar vanilla beans in October of 2012. After a little over two years, all of the barrels were married together for bottling.

For more information on A. Smith Bowman, please visit www.asmithbowman.com. 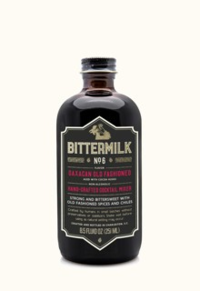 Charleston, SC based Bittermilk, has unveiled its next product—the No. 6 Oaxacan Old Fashioned. No. 6 is a celebration of the flavors of Oaxaca, Mexico using dried Mexican chilies, cocoa nibs and spices, sweetened with raisins and aged with cocoa husks. The Oaxacan is best mixed with Mezcal, a distilled alcoholic spirit made from the maguey plant. Mezcal, the source of inspiration for the product, is produced in Oaxaca, Mexico, a Pacific-coast state in southern Mexico, as well as in other regions of Mexico.

The No. 6 is the third Old Fashioned-style product in the line. The bittering agents are cinchona bark and cocoa nibs, the latter of which is another important ingredient in Oaxacan cuisine. Mezcal, with its strong smoky flavor, is all that is needed to create a warmly spiced drink great for the crisp days of fall.


Bittermilk No. 6 Oaxacan Old Fashioned will be available via their website and in a variety of the retailers across the country already selling the product lines. To learn more about Bittermilk, visit http://bittermilk.com/ or follow on Twitter @DrinkBittermilk.

Langley's No. 8 Gin Imported to the USA

Made with 100 percent English grain spirit, Langley’s No. 8 is distilled in a small, English-made, 53-year-old copper pot still named Constance, and nicknamed “Connie,” in honor of the Master Distiller’s late mother. The brand name was inspired by the eighth of 12 gin blends tasted by its crafters.

Langley’s No. 8 is made with a blend of eight botanicals, including juniper berries from Macedonia, coriander seeds from Bulgaria, sweet orange peel and sweet lemon peel from Spain, cassia bark from Indonesia, and ground nutmeg from Sri Lanka. The final two ingredients are a secret.

Langley's No. 8 Gin is imported from England by the Artisan Spirits division of Terlato Wines. It is bottles at 41.7% ABV and sold at a suggested retail price of $42.