For San Francisco Bar Trick Dog's second anniversary they're launching a new menu, as they do every six months.

The first four menus were a Pantone Color Wheel, a record album of 45s, an Astrological Chart, and most recently a San Francisco Tourist Map.

The new menu, launching at 3PM on January 8, 2015, is a Chinese Restaurant Menu. 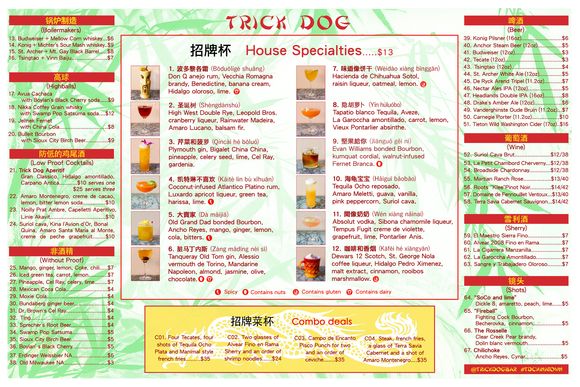 The menu above will be enclosed inside a red stock menu shell with gold foil lettering and held in place by an interior gold band.

In lieu of names, each cocktail will be numbered, so you can just order the "Number Four" or whatever. There are photos of each drink  along with Chinese characters and a phonetic pronunciation. A new “Combo” section (above) has four discount deals on menu items and drinks purchased together. 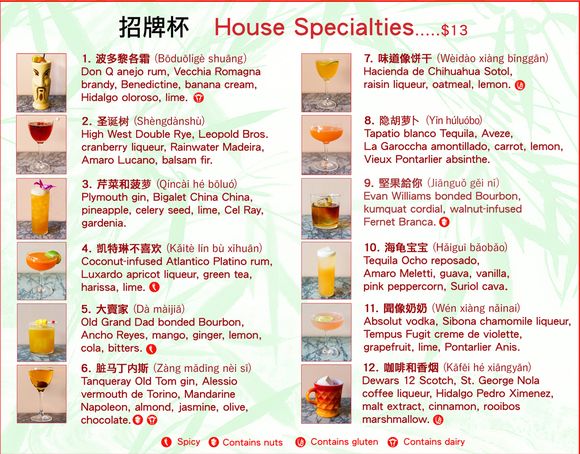 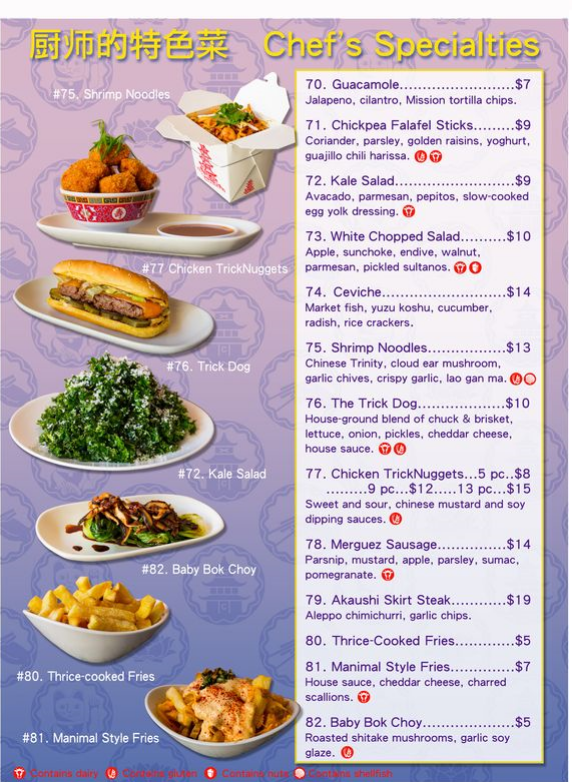 In addition to the new menu, the bar will have new Trick Dog tiki mugs, fortune cookies presented with each check in the dining room, and fortune coasters in the bar. They're also putting out a sign outdoors with large Chinese characters spelling out “Trick Dog.”

And keep an eye out for lucky coasters - some of them offer a free drink.

Reminds me of the old PKNY Chinese menu. (Like)