The Deanston distillery is located just a half an hour's drive north of Glasgow, Scotland (and not far from Edinburgh either), near the town of Stirling alongside the River Teith. It's just barely in the Highlands and has that honey-forward flavor I associate with the lower Highland area. 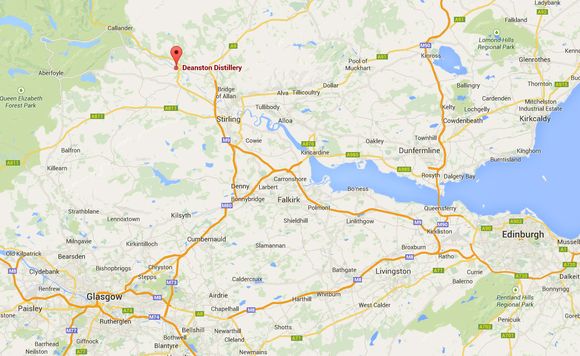 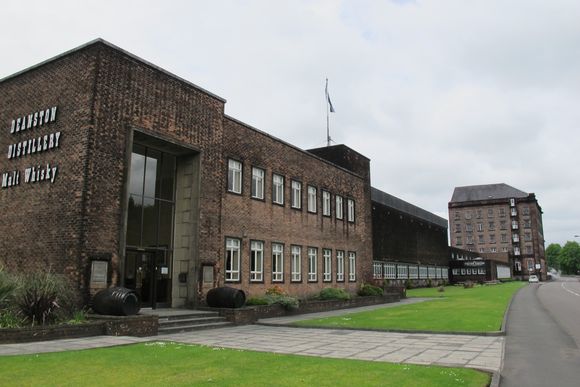 In addition to producing single malt scotch whiskies, Deanston is the "spiritual home" of the Scottish Leader blended scotch brand. The distillery is open to the public for tours. 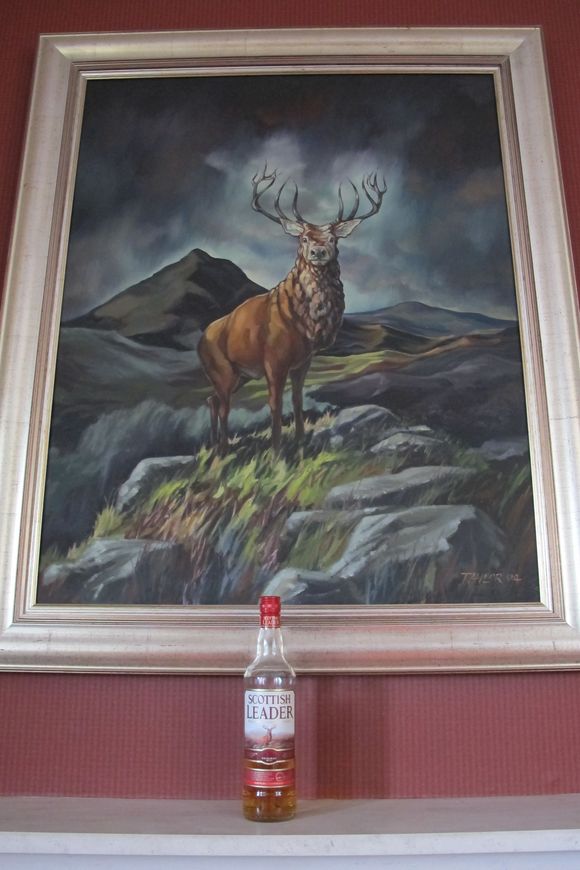 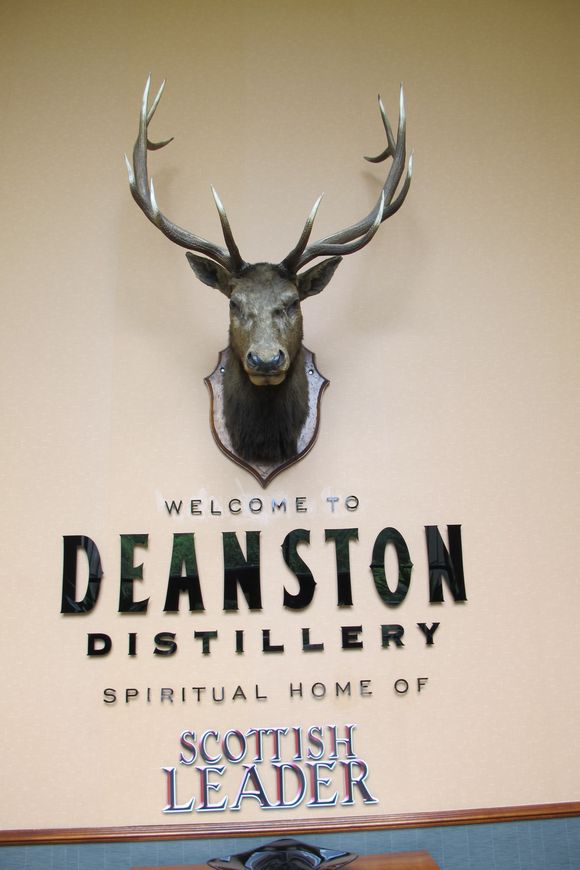 The River Teith is the source not only of water for distillation, it is the power source of the distillery. River water flows into the distillery and passes through a hydro-electric station. They use only 25% of the power generated to supply the distillery (they say it is the only self-powered distillery in Scotland), and sell the rest of it back to the national power grid. 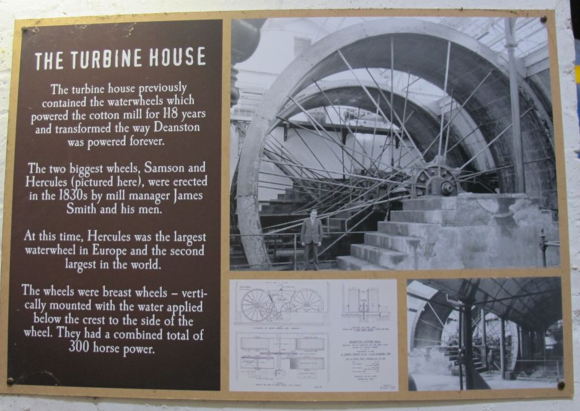 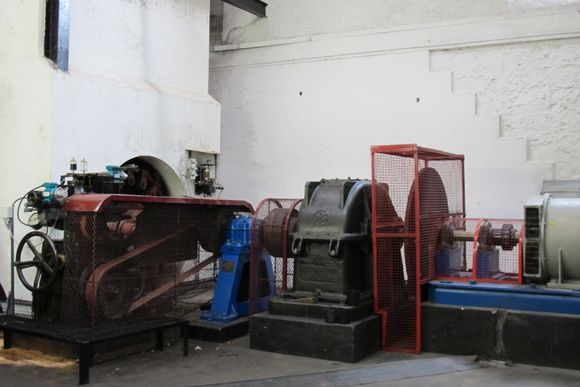 Previously the water powered a huge water wheel to accomplish the same thing. The distillery was originally built as a cotton mill. Here's a brief overview of the history:

For Deanston's single malts they use all un-peated barley (less than 2ppm phenol), and soft river water that flows over granite (so no peat in there either).

Their malt mill is a Porteus mill, which is so sturdy they've only had to recalibrate it twice since the 1960s. Unfortunately for the company they made their machines so well they went out of business as people didn't tend to need to buy new ones. The mill grinds the malted barley but does not separate out the husks. 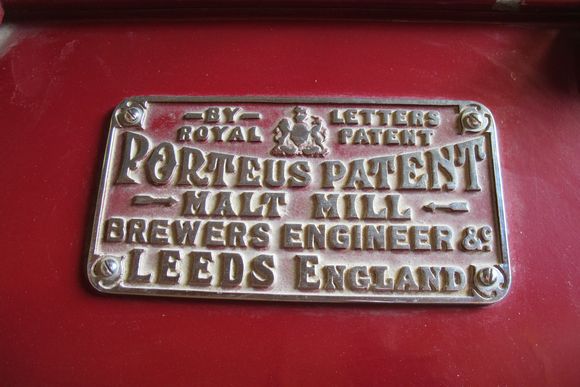 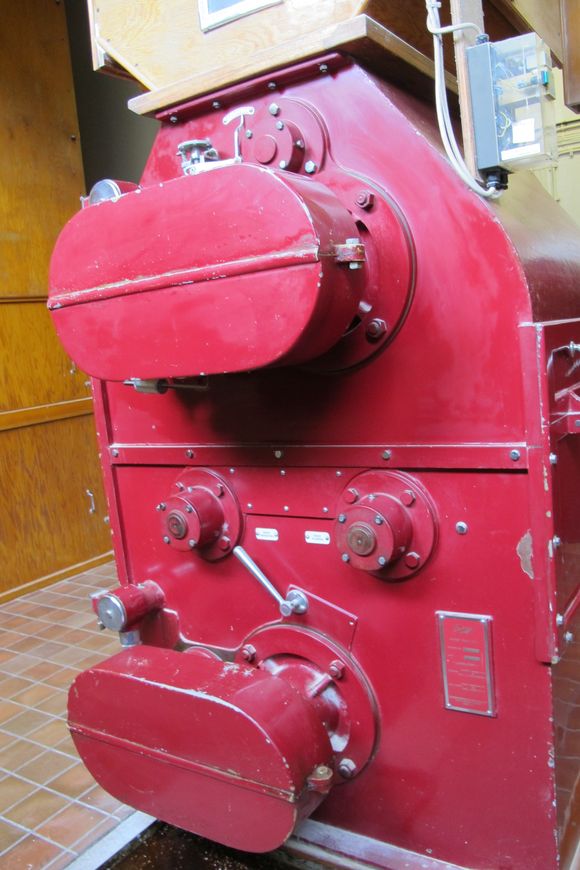 They have a rare, huge open-top mash tun that holds 11 tons of barley/water though they do 9-ton mashes. Mashing is where the ground barley is washed with hot water to release sugars and leave behind the solids. As is typical, they wash the grains three times with different temperature waters: 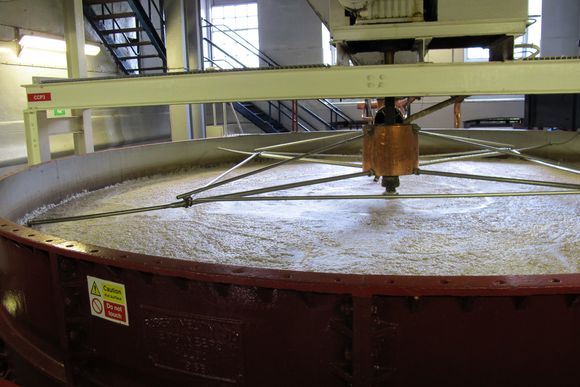 There are 8 washbacks, 60,000 liter steel (not stainless) tanks. Yeast is added to the sugary water for fermentation. Yeast comes in liquid form via tanker. Yeast is combined with the wort (sugar water) at about 19-20 degrees Celsius. During fermentation, the liquid naturally heats up then cools at the lend.

They do a long fermentation- 100 hours- that includes a secondary fermentation to bring in fruity, green-apple notes.

The lyne arm/swan's neck of the still tilts slightly upwards at an angle, which also helps produce a lighter, fruitier style of Highland whisky. 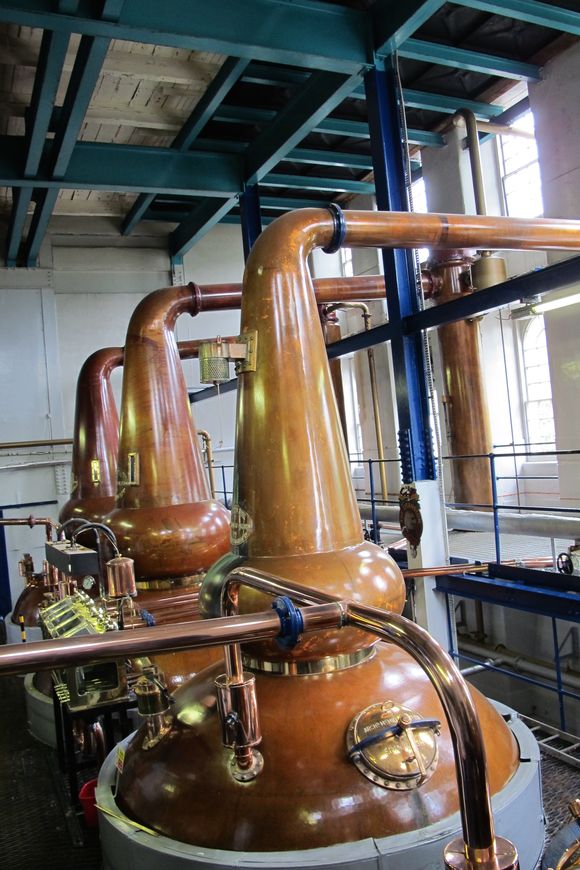 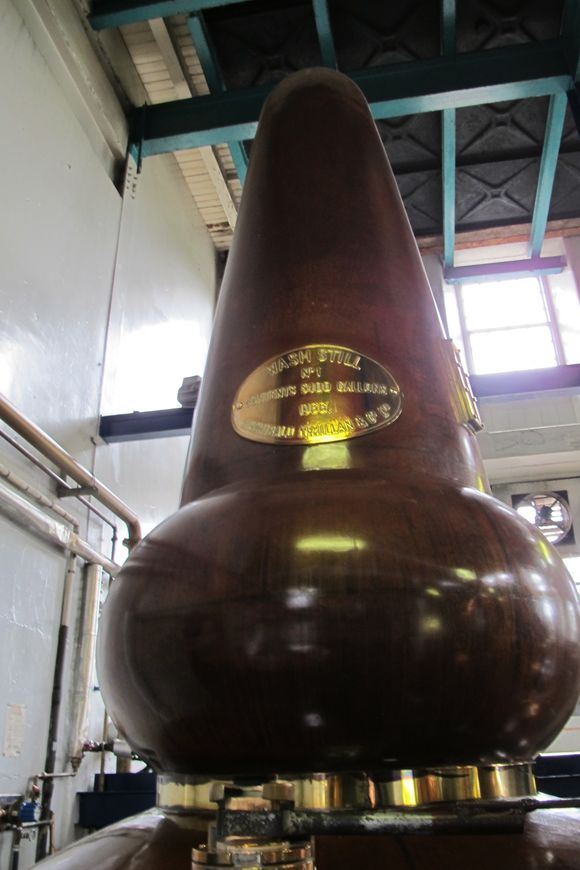 During distillation, they manually adjust the stills to prevent over-foaming - the distiller looks into the windows of the stills and cuts down the temperature if it's foaming all over the place.  They boil the spirit at a relatively low temperature to increase reflux/copper contact, which also helps produce a light spirit.

New make spirit goes into barrels at 63.5% ABV. The water used to reduce the spirit to barrel proof is river water that has been treated with a UV filter to ensure nothing grows in it. The barrels, 50,000 or so of them for their single-malts, are stored in the former weaving shed - a unique aging facility in Scotland.

This building has a ceiling (unfortunately difficult to photograph) similar to sherry bodegas with tall cathedral-style arches and central poles that collect water from the roof down through their middles. The high ceilings were to maintain consistent temperature year-round (better for the sewing equipment) and were covered with grass. 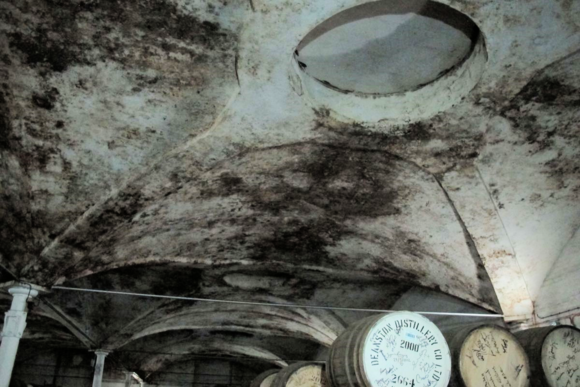 There is only a 5-6% temperature change in the warehouse during the year, which gives them less than a 2% evaporation rate (angels' share).

To bring the whiskies down to bottle strength, they use municipal water that has been demineralized on-site using a resin bed filtration system. They do not chill filter their whiskies, but they run them through a paper filter before bottling at room temp. 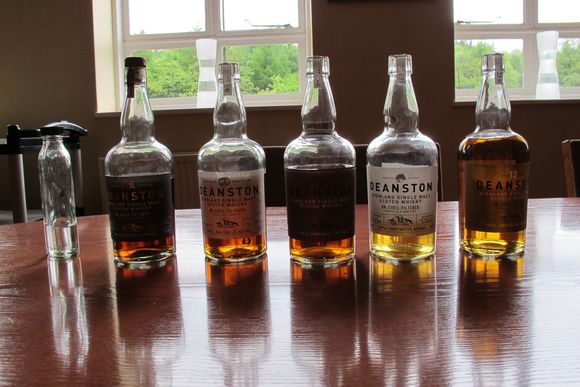 My trip was hosted by the parent company, Burn Stewart Distillers, who also own Bunnahabhain, Tobermory, Ledaig, Scottish Leader, and Black Bottle. I also visited Bunnahabhain and will write about that more in another post.

By the way, Deanston was my 100th distillery visit!

I've added Deanston to my spring distillery tour... thanks for sharing your experience.