I popped into Zurich on the way back from a trip (as one does) and had a couple days to explore some of the cocktail bars. Here is what I found:

Probably Zurich's most famous bar, a hotel bar in a hotel cobbled together from 9 brownstones around a corner. The bar itself is wide and the back bar overflows with a huge international whisky collection for which it is famous. They feature a pianist and live jazz, and I'm sure it's usually full as that doesn't take many people to accomplish.

The cocktail list is huge (as is typical in Germanic-speaking countries), with a mix of classic and originals, but as bartenders here are always competing in global cocktail competitions you can certainly go rogue and get something a la minute. 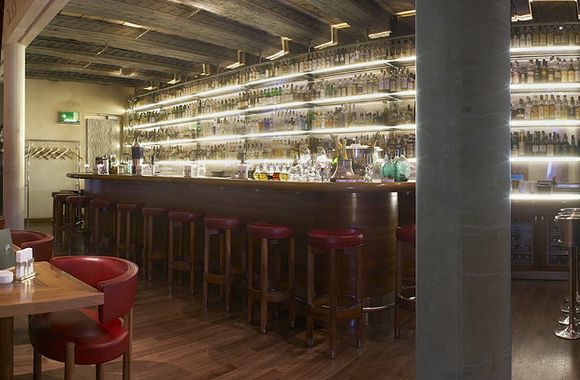 Note: This and most of the images on this page were taken from the bars' websites.

This bar makes you wish you owned a tuxedo. The bar room is not very large and has a separate entrance from the swanky restaurant. There are green leather sofas and finely-appointed everything and some art- original works by Picasso, Chagall, and Mirò, just, you know, hanging on the walls. Kind of a big deal.

The head barman Peter Roth released a cocktail book in the 1980s called Ladykillers named after a global contest-winning drink of his creation. He and the other staff are very much fine dining bartenders, giving you as much or as little attention as you need. You feel posh just being there. 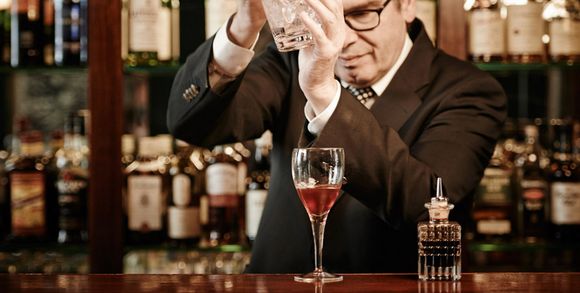 This new (2013) bar comes from the former bar manager of the Widder Bar. It also has a huge selection of spirits on the back bar and a lot of it is whisky, but they also branch out into other spirit categories, small batch spirits from around the world, and a selection of vintage Chartreuse.

I had a Sazerac variation with Fernet Branca and strawberry syrup, and a Rusty Nail variation with Laphroaig and spicy syrup. Both were delicious. The bar seems a little smaller and less formal than the others mentioned, squished into a tiny cafe-like space. I would probably spend too much time here if I lived in Zurich. 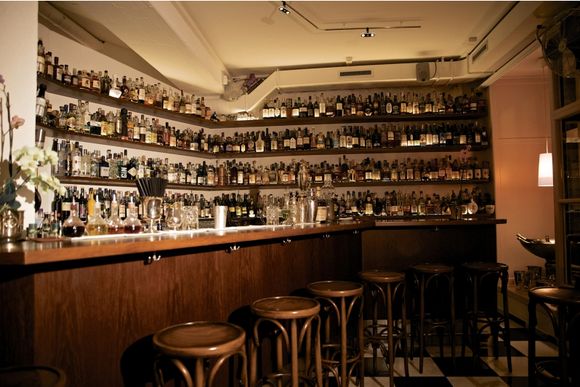 ONYX at the Park Hyatt

The lobby bar/lounge of the Park Hyatt has a high design aesthetic to it, seemingly catering to an international moneyed crowd. The very tall backbar is filled with vodka front and center (one imagines Grey Goose Martinis are popular here), but on closer inspection there are some good spirits tucked around the side of the bar.

They're also doing barrel-aged cocktails and teach cocktail classes so it's not all just for show. I had a barrel-aged Bijou and a local cocktail that's everywhere in Zurich called the Perry Spezial - a Gin & Tonic with dry sherry and Rose's lime. (Bars here don't have the same prejudice against Rose's that we do in the States.) My bartender was great (walking with me out of the hotel to point out which way I should walk) and I hear good things about the rest of the staff. 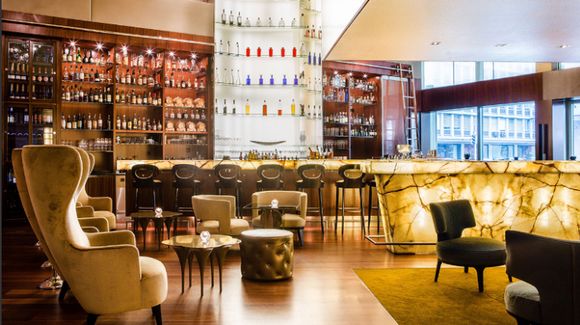 Clouds is a restaurant, bistro, and bar located at the top of an office building with a great view of Zurich as it's located at one end of the city rather than in the heart of it. Even if the drinks were of poor quality I'd recommend going for the view, but I had a Mai Tai that was pretty delicious and served in a tiki mug. The bar also has their own brand of gin so someone knows what they're doing. We only had time for one drink before closing but I'd come again. Heck, I'd visit all of these bars again. 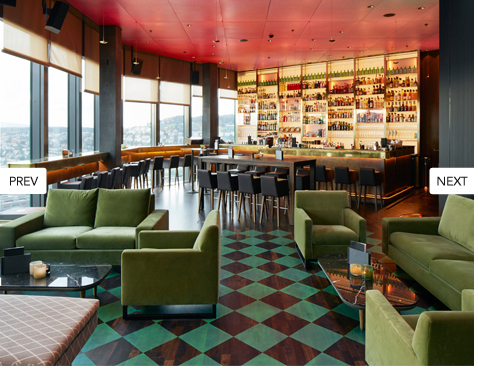 Bars I Didn't Get To:

And below are just some pictures I took of the city, which is beautiful in the fall. 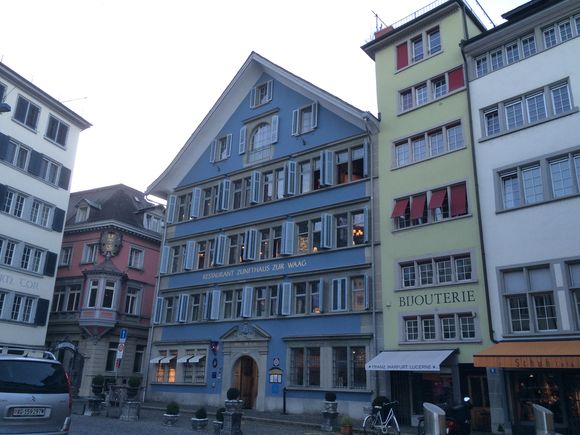 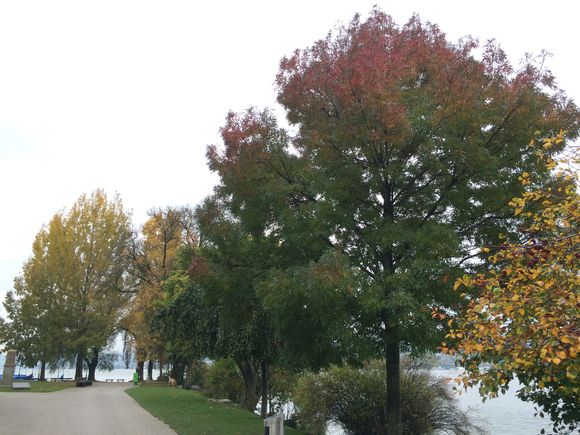 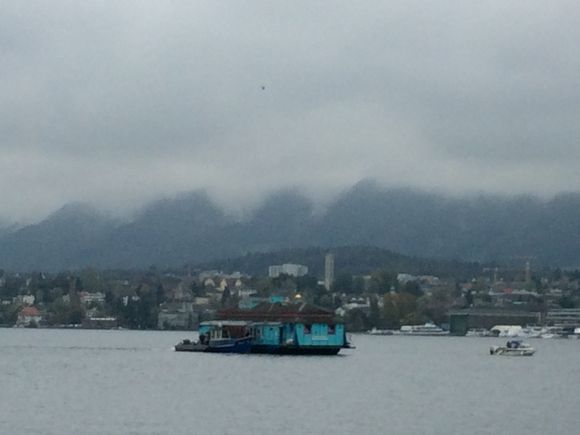 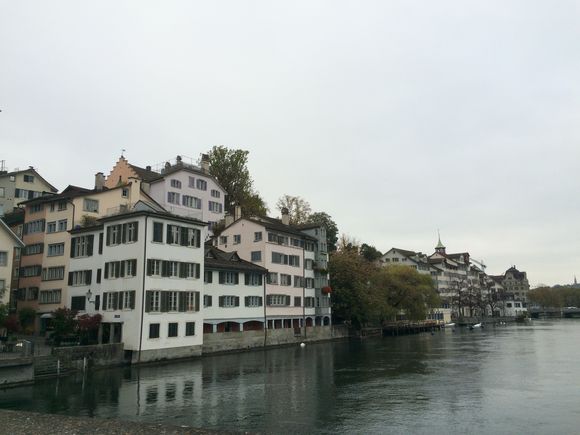 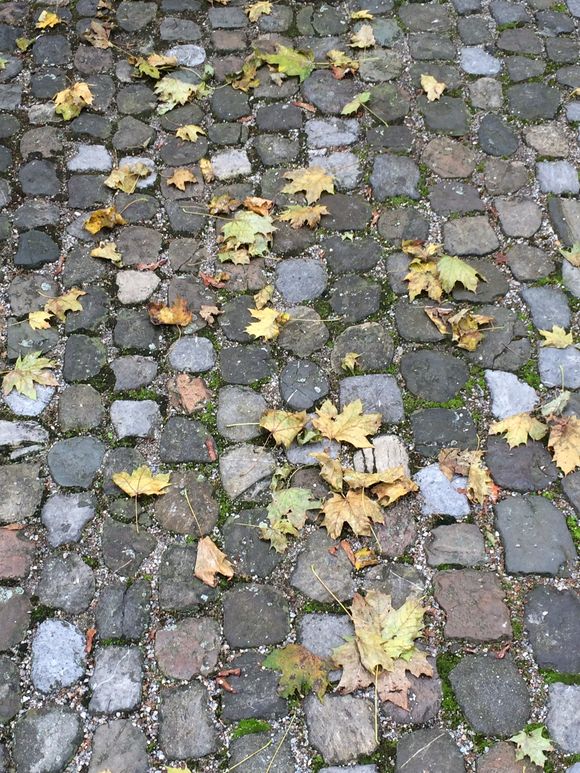 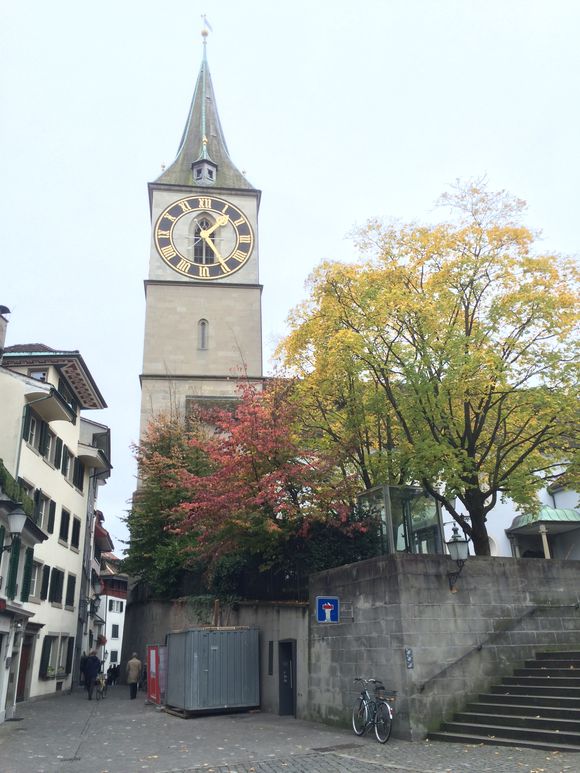