I'm a bit behind in my New Booze posts about new spirits hitting the market, and boy howdy have there been a lot of them. Here are just the new whiskies.

The Rye uses a base that’s 53 percent rye. Woodford Reserve Rye is available with an MSRP of $37.99 for a 750ml and in select markets, including: California, Colorado, District of Columbia, Georgia, Illinois, Kentucky, Louisiana, Massachusetts, New York (Metro and Upstate), New Jersey, Oregon, Pennsylvania, Texas, Virginia and Washington.

The fifth limited release from the Orphan Barrel Whiskey Distilling Company is Forged Oak. This  Kentucky Straight Bourbon spent 15  years in charred American oak. Forged Oak was produced at the New Bernheim Distillery between 1997-1998 and was found in the Stitzel-Weller warehouses in Louisville, Ky. The whiskey is bottled in Tullahoma, Tenn. The mash bill for Forged Oak Whiskey is 86% corn, 8% barley and 6% rye.

Jim Beam Bonded is a Kentucky Straight Bourbon Whiskey, aged four years and bottled at 100-proof. Jim Beam Bonded has a suggested retail price of $22.99 for 750mL, and will be available in select locations nationwide.

Booker’s Bourbon unveils the inaugural batch of its limited-edition collection celebrating founding distiller Booker Noe’s legacy as the father of small batch bourbon. These commemorative releases will be available in limited quantities throughout the year.

Glenmorangie Tùsail, the sixth release in the Private Edition collection, draws on the  taste of Maris Otter barley.  MMaris Otter was originally bred in 1960s England, near Cambridge, at a site on Maris Lane, the street after which the barley was named. The variety's popularity began to wane in the 1970s as tastes changed and farmers switched to barley with higher yields.  By the late 1980s, uncertified seed and cross-pollination had put Maris Otter at risk of extinction.  This  alarmed some who still depended on its unique flavor.  Reacting to these concerns, two English seed merchants formed a partnership to rejuvenate the variety, and in 1992, began a program to build the stocks back to an acceptable standard.

Their efforts attracted the attention of Glenmorangie's Director of Distilling and Whisky Creation,  Dr. Bill Lumsden, who ordered a batch of the winter barley and arranged for it to be traditionally floor-malted for use in Glenmorangie Tùsail (Scots Gaelic for 'originary'). Glenmorangie Tùsail is non-chill filtered and bottled at 46% ABV for an SRP of $99.

Craigellachie releases a portfolio of single malts for the first time in history. The distillery uses worm tubs – so called for their coiled copper tubing – to cool the spirit. The brand was described as “old-fashioned” even in 1891. There will be a 13-year-old ($55) and a 23-year-old ($300), with future expressions to come over time.

Glendalough Distillery announces the American release of its new Double Barrel Irish Whiskey, available in Boston, DC, and Atlanta from February, and NYC with an SRP of $29.99 - $34.99

Glendalough Double Barrel Irish Whiskey was distilled in a Coffey still from a mash bill of malted barley and corn. The double-aging process combines three years and six months in first-fill American oak bourbon barrels, then graduates to six months in first-fill Spanish Oloroso sherry casks. Before bottling, the cask-strength whiskey is cut with water sourced from the surrounding Wicklow Mountains.

Based in Glendalough, County Wicklow, Glendalough’s first release was a modern poitín, and the distillery has since moved in a natural progression towards whiskey, first with the release of 7- and 13-year single malts and now, the Double Barrel Irish Whiskey.

Each year Diageo, which owns about 50 distilleries in Scotland, puts forth a collection of limited release single-malts. Here's what just came out. 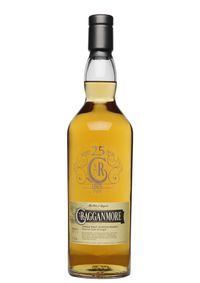 Highland Single Malt Scotch Whisky distillery, Balblair, is announcing the release of four new vintage expressions in the U.S. market. The newly released whiskies include the Balblair 2003, 1999, 1990 and 1983 vintages.

Balblair is the only distillery in Scotland to release exclusively vintages. Given this philosophy, bottles of Balblair are not marked with an age statement, but instead with the year that the whisky was laid down.

Teeling Single Grain is one of only a handful of single grain bottlings in the world. The whiskey is aged in Californian Cabernet Sauvignon red wine barrels. The whiskey is made by combining ingredients, with maize/corn dominating and uses column distillation to produce the whiskey.

Like all Teeling whiskeys it is bottled at 46% with no chill filtration. Teeling Single Grain will be available nationally with an SRP of $49.99 for a 750ml.