Armagnac Delord is located at the edge of the town of Lannepax in the Bas Armagnac region. They took us up a vineyard-covered hill for a view looking down upon the town. 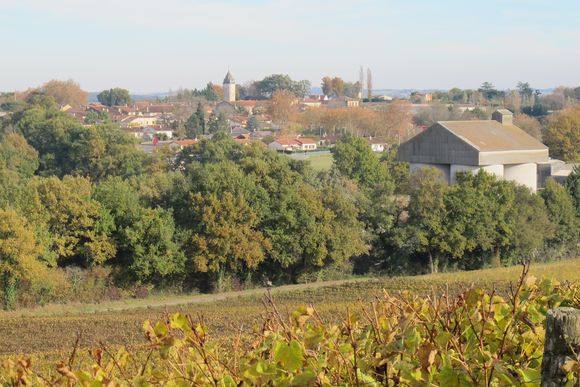 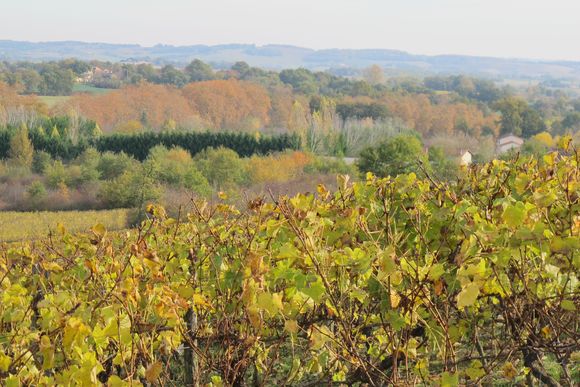 I visited the property in November of 2014, but unlike many of the other armagnac houses they were not planning to begin distilling for the season until January 5th. Their plan was to distill for 5 weeks.

They make two brands: Delord and Marie Duffau. Though they do make some traditional products like prunes in wine and floc de gascone (the armagnac version of pinneau des charantes), they do not make any table wine.

Delord owns 42 hectares in 5 parcels around the village. They grow four grapes:

Delord is one of three armagnac houses (along with Janneau and Samalens) that uses pot stills for the armagnac, along with the traditional armagnac continuous still. About 20% of Delord's wine is double-distilled. 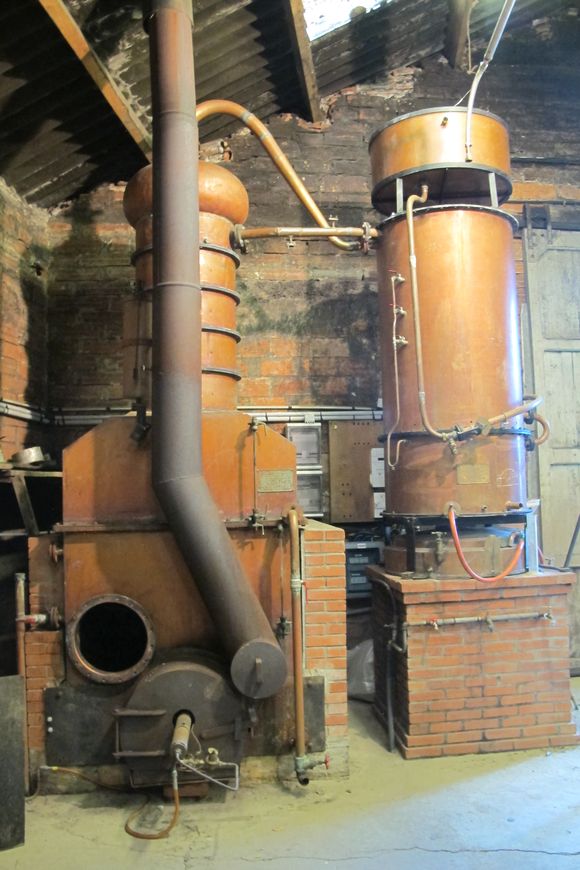 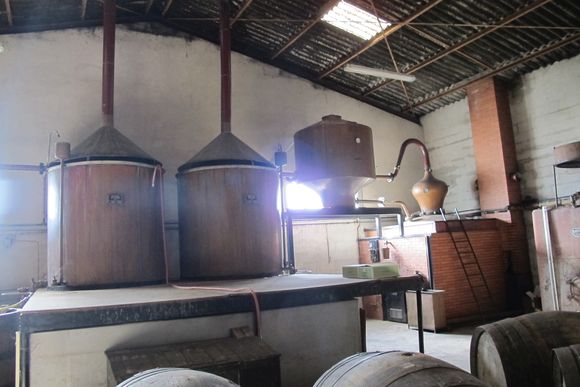 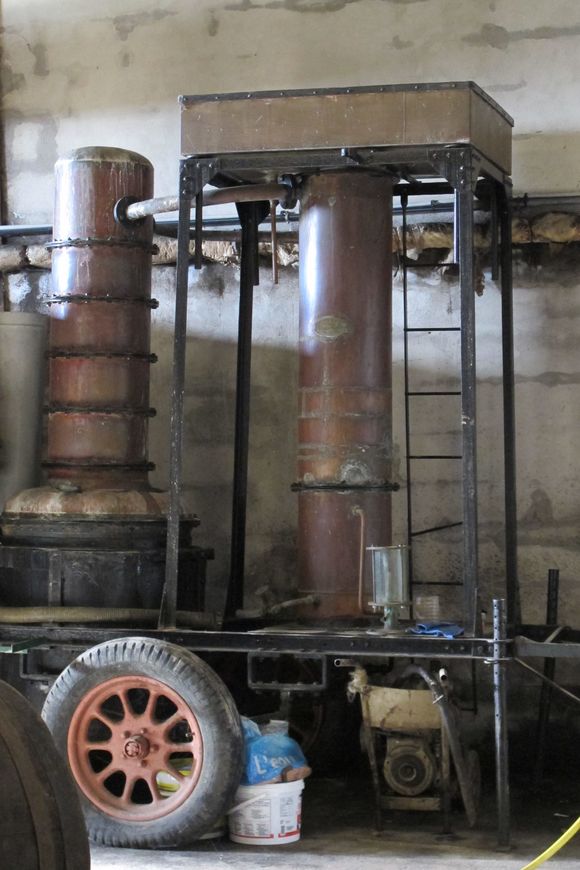 Their pot stills take about 8 hours per distillation, and they distill the wine up to 70% ABV, which is pretty standard, and put it into barrels at a reduced 65%.

One of their continuous armagnac stills dates back to 1900. Their armagnac stills have plates inside, as is normal. They prefer to use the spider-shaped plates as they say they get more mixing between the gas vapor and the liquid wine with them.

The old still from 1900 distills up to about 58% ABV, while the newer one goes up to 60-62% after the single distillation. They mix the distillates from these two stills together and put it into barrels at 55% ABV. 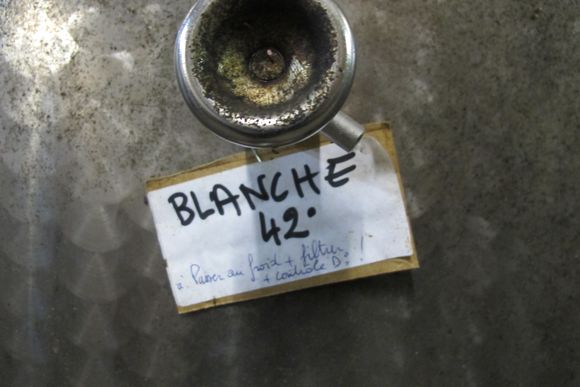 Aging brandy is aerated at the same rate whether the brandy came from a pot or column still, but they say they have to dilute the armagnac column still brandy more slowly than the stuff from the pot still.

They have 4 aging cellars; three of them crammed around the office building on the edge of town. 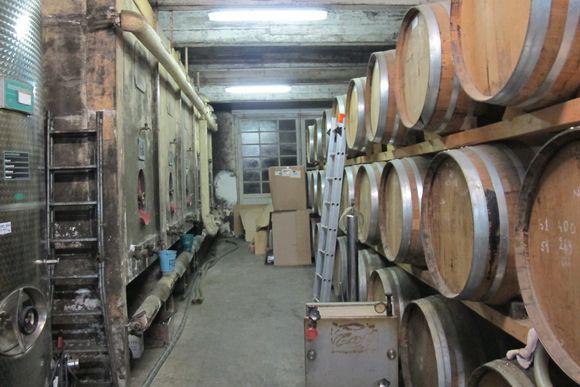 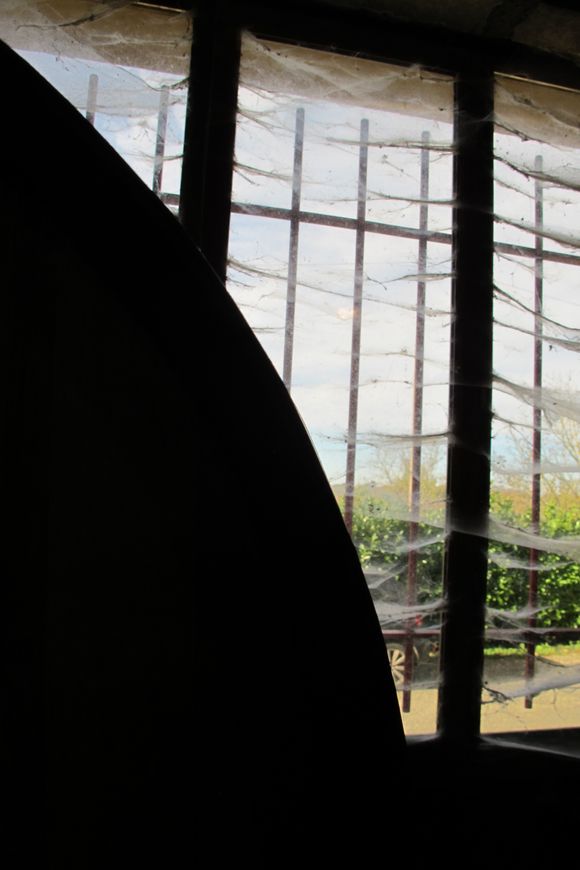 Unlike most of the armagnac houses I visited, they use just 10% local Gascony oak to age their brandy, the majority of it being Limousin oak. They give it a high toast. While aging they have about a 2% angels' share.

We had time to create the wax seal for the bottle. Bam! I should get hired doing that, as long as you can drink on the job. 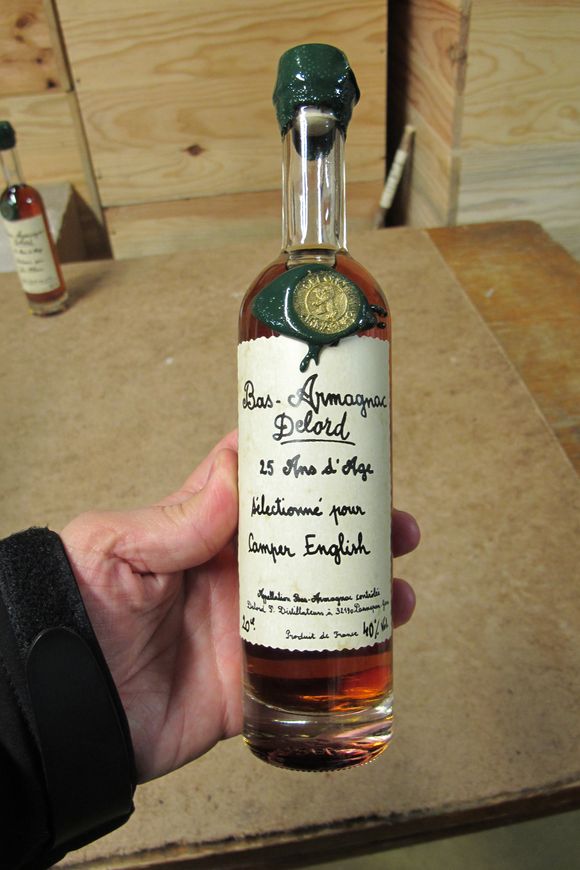