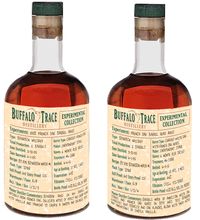 However - you can age Bourbon in used barrels (most products are indicated with the type of barrel)...
shorturl.at/aEK34

It is still a Bourbon (or Rye or Wheat) - but it is then no more a STRAIGHT whiskey.

The “Straight” is the important distinction and is highly regulated.