Attaboy's Tom Walker on Media-Friendly Bartenders and Other Stuff 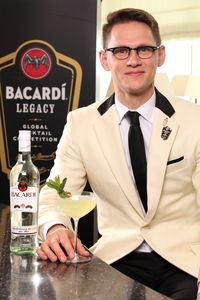 While in Sydney, Australia for the Bacardi Legacy Global Cocktail Competition I had a chance to sit down with last year's winner Tom Walker for a chat. Last year Walker was working at The American Bar at the Savoy Hotel, but soon after the competition he moved to New York to work at Attaboy.

We spoke about everything from interviewing to moving to New York to cocktail styles in the US vs UK.

I learned in a seminar he gave that Walker studied journalism in college. I asked him Did your journalism education help you perform better in press interviews? Because you're pretty good.

I haven’t interviewed anyone or been journalistic in 9-10 years. But when it comes to being interviewed I feel in tune with what  they’re asking me and what they expect from me. I give them my email so they can always get in touch with me after. They need clear speech, and a point of view to get across. That makes their job easier which makes makes my job easier.

If you get interviewed try to have something in mind beforehand. Have it in mind and have a coherent presentation. Answer one question at a time.

Once upon a time bartender's skills would be knowing classic cocktails, then distillation, then the skill set of social media and self-promotion. I think going forward bartenders should look at public speaking. To be able to coherently put themselves across. In the near future it's not going to be as trade-focussed; it will break into the mainstream and we need to be ready for that.

Do you think that winning Bacardi Legacy last year helped you get your US work visa?

There was no doubt about that whatsoever. The filing for the visa application started the beginning of 2014, getting paperwork together. After the Legacy win I went home and started cracking on with it. It was the last piece of the puzzle. The press was all very helpful but the win was the confirmation that I didn't  need to worry about the visa application side of getting into the States. 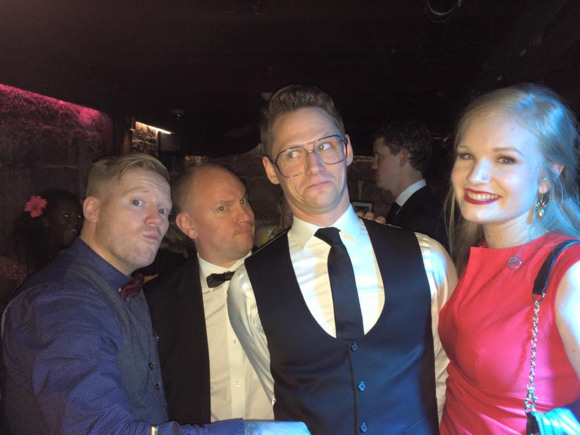 Tom Walker in my glasses at Bacardi Legacy 2015 in Sydney, along with Barney Toy of New Zealand, me, and Alissa Gabriel of Australia.

Moving from the UK to the States you had to switch from metric to imperial units. How's that going?

What's the difference between European and American cocktail drinkers?

There is an emphasis/inclination toward seasonal style drinks/produce in the UK. But in US people are happy to drink Manhattans in the summer, so I think sometimes they can disregard the time of year or day with regards to what they drink. They’re more in tune with what they’re drinking and they’ll get what they’ll feel like. And in the US it’s about getting the guests what they want.