This competition was interesting in that there were equal points assigned for the taste of the cocktail/skill of the bartender, and the bartender's chatter and bar stories. As you can imagine, there were a lot of fun stories.

The first two contestants had both worked in IT previously: First up was Willian Tsui from Jasper's Corner Tap with a Whiskey Sour variation using agave nectar instead of sugar and walnut liqueur in place of bitters. 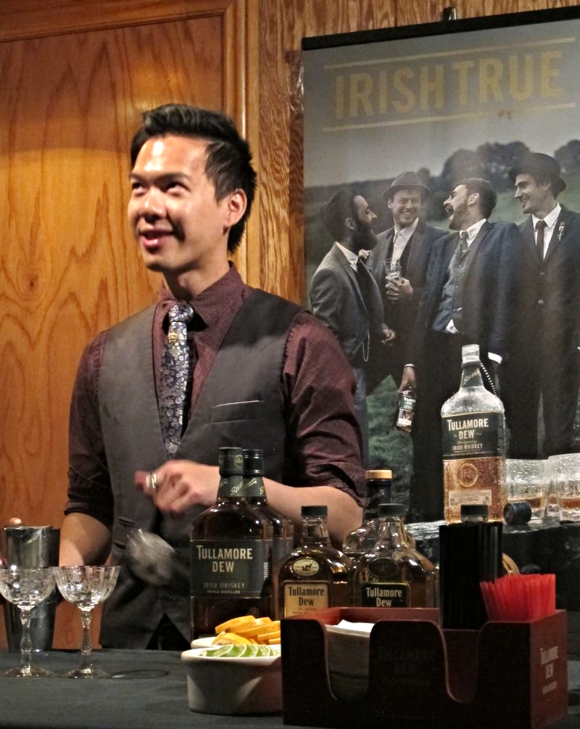 Tammy Hagan from Urban Putt and Palm House (both of which we noted have slushie machines) made a variation of a Perfect Manhattan with Tullmore D.E.W., dry vermouth, Punt E Mes, and two types of bitters. 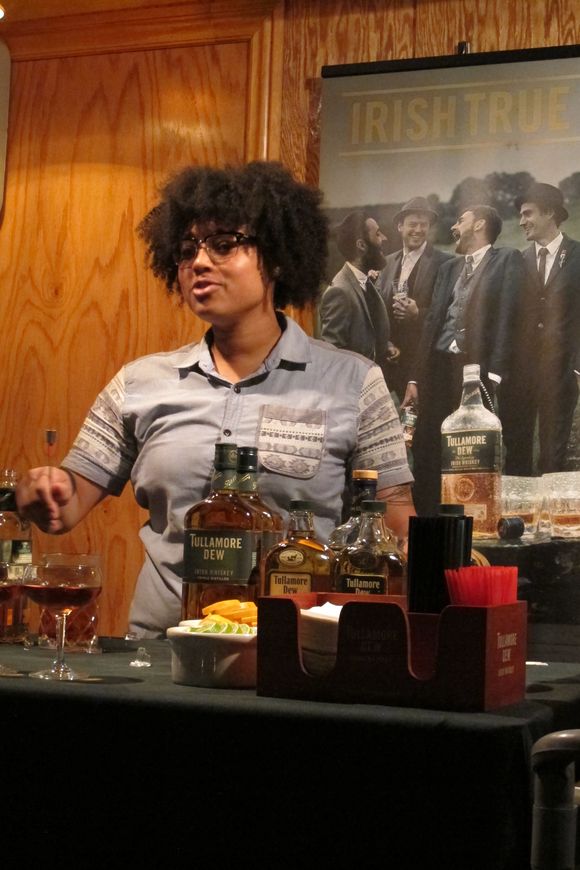 Adam Davison from Aces made a simple drink with citrus, triple sec, and Sprite, and was hilarious, telling us a story about an escaped psychiatric patient who tried to adopt the bar. 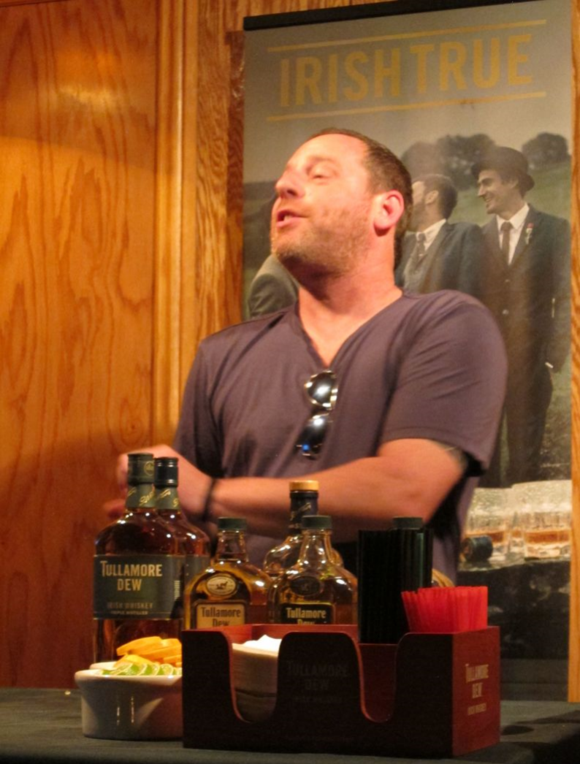 Next up was Marguerite Regan who works at Drexl in Oakland and sometimes at Rye in San Francisco, as she just returned from a multiple month jaunt about Europe. She told us a story about hitchhiking in Poland and how maybe that wasn't such a good idea. Her drink contained an apple gastrique, Yellow Chartreuse, Tullmore D.E.W, egg white, and Underberg as bitters. 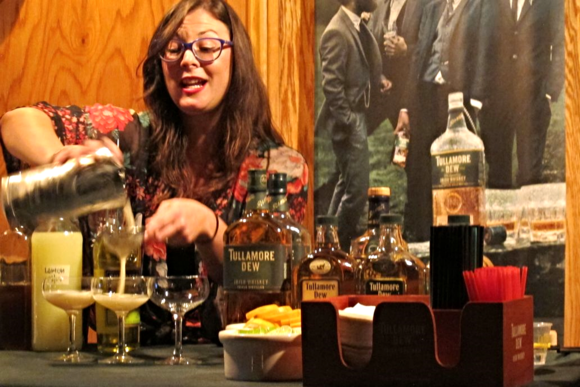 Daniel Dumbrowski of Sam's Social Club in Calistoga told a story about a previous fancy bar in which he worked, involving a large bulldog who was given a seat at the bar and ate his neighbor's hamburger. His drink had muddled cherries, honey, bianco vermouth, orange bitters, and Tullmore D.E.W, and he said it was inspired by the Blood and Sand.

After him was Michael Caputo from Nite Cap in the Tenderloin. His drink contained rosemary syrup, orgeat, Ango bitters, and was built in a rosemary-smoked glass over a big ice cube. His story was about how as a concierge he was able to source a bunch of roses late at night for a demanding hotel guest by buying them off a funeral home. 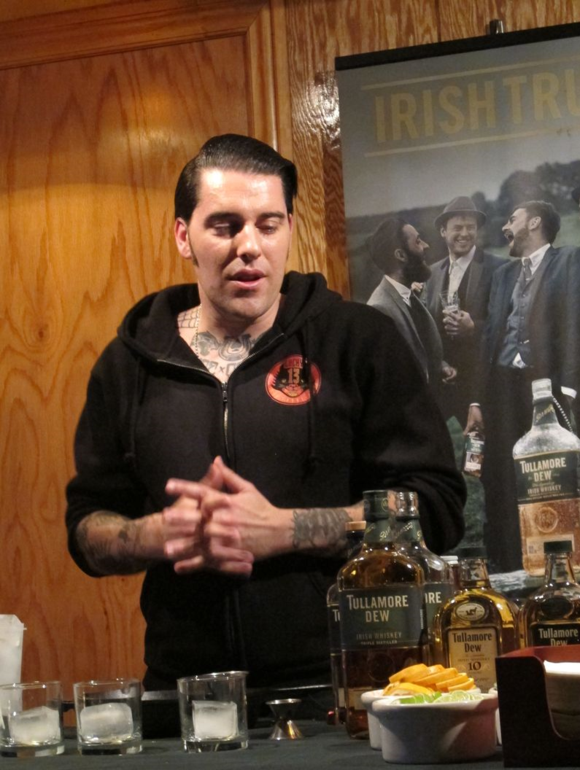 After Caputo was Mo Brooks, also from Nite Cap. He made a drink containing the Tullmore D.E.W 12 year along with the 10 year single malt as a float atop a drink with thai basil, Ancho Reyes, black chai syrup, and mole bitters. It was called Luck of the Black Irish. 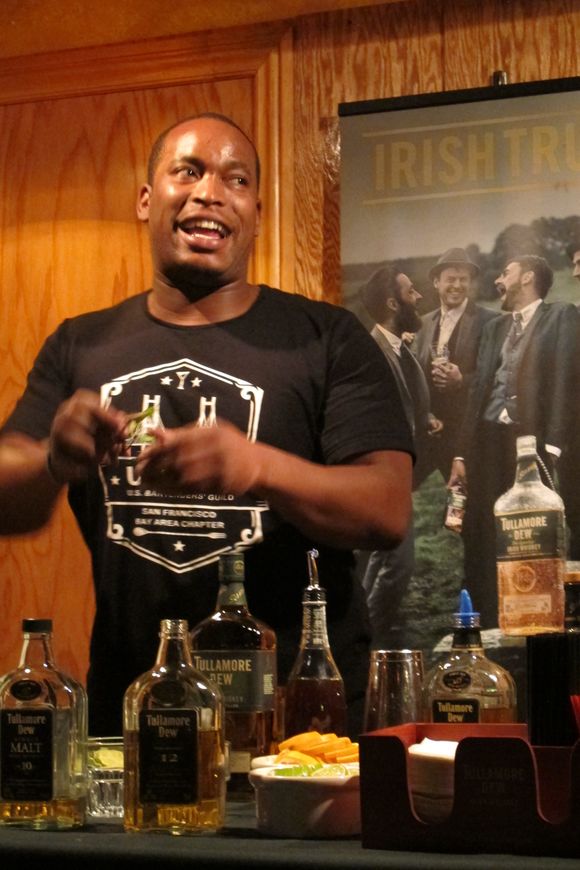 Alan Chen from Nihon Whisky Lounge not only gave his toast in the form of a haiku, he had the best-named drink at the competition: The Irish Hello. It contained Tullmore D.E., calvados, lemon, honey, salt, allspice dram, and apple juice. 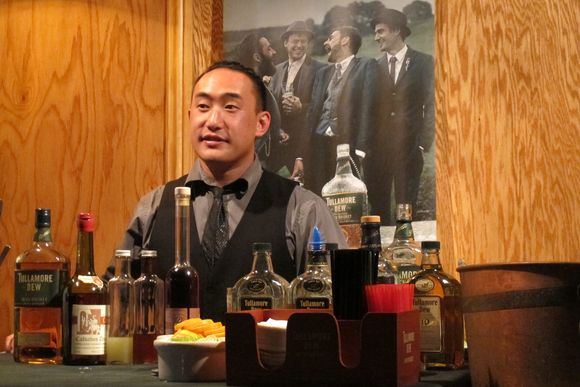 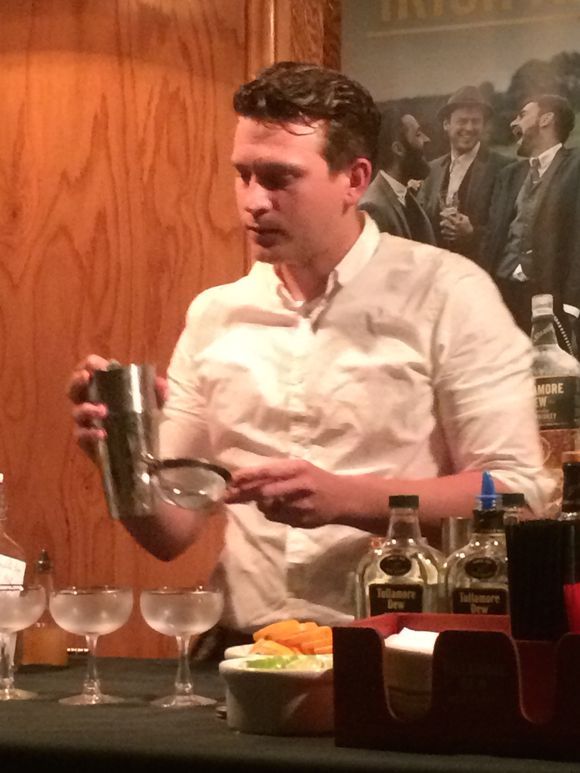 Jacob from The Alembic made a crazy drink with Tullmore D.E.W., Abbots bitters, Punt e Mes, tobacco bitters, Amaro Nonino, and applewood smoked Gran Classico. It had something milky on the top that changed the flavor of the drink as it integrated, and I loved the smoke and cream combo. 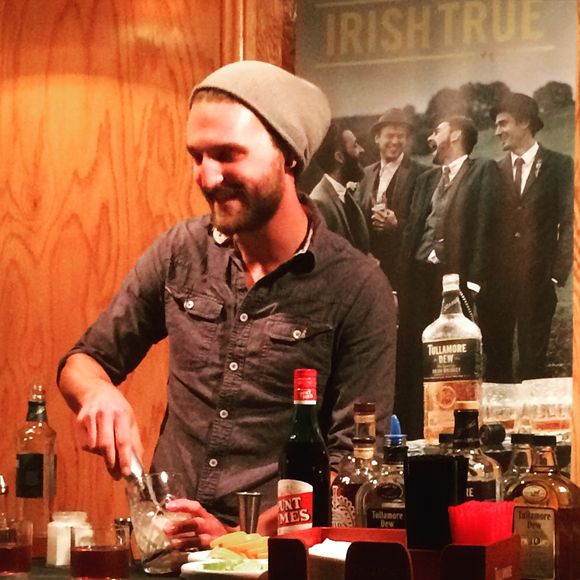 But there could only be one winner, and that winner was Marguerite Regan, who despite just getting back from Europe has won a trip to the Tullmore D.E.W. distillery to celebrate it's one-year anniversary this fall. This is her victory stance.

Congratulations to Marguerite and thanks to Tullmore D.E.W. for hosting such a fun cocktail competition.

Mac sure proud of you. You will win next time. Uncle T and W