First Taste: 17 of the 115 Gin Cocktails at Whitechapel in San Francisco

Whitechapel, the new gin bar from Martin Cate of tiki bar Smuggler's Cove, opens on October 26th. The bar is huge, with seating for more than 100 people plus standing room for more.

You'll get to see pictures of the design soon and the bar will also offer food, but as usual I'm just here to talk about the drinks. 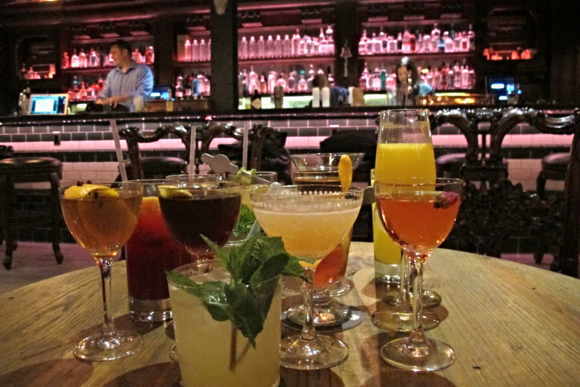 Whitechapel will have a house gin distilled at Distillery No 209 in San Francisco, and a house tonic made by Small Hand Foods. The Gin and Tonic will be on tap.

There are 115 gin cocktails on the menu, plus 6 gin tasting flights.

Cate invited me in for a sneak preview of the drinks. The menu is divided into: 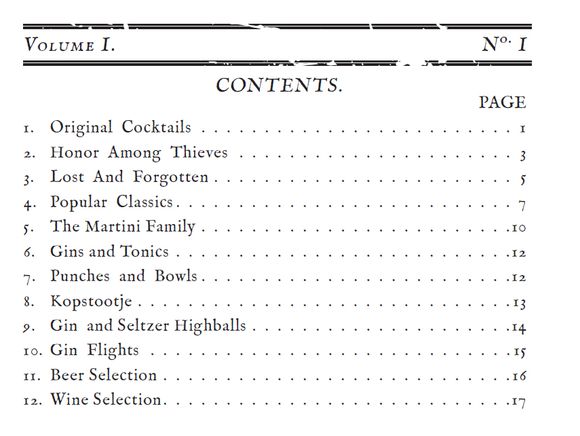 Unlike Smuggler's Cove, which does offer a few non-rum tiki drinks, Whitechapel has an all-gin drink menu. (There are other spirits available, just not on the menu.)

We "just" covered the Original Cocktails section of the menu - 17 of the 19 drinks on it. Most of the drinks were developed by Alex Smith, formerly of many local bars including Novela, Honor Bar, and Smuggler's Cove long ago.

This one tasted like a Martinez or Dubonnet Cocktail as you might expect, but made more lively and refreshing with the ginger. 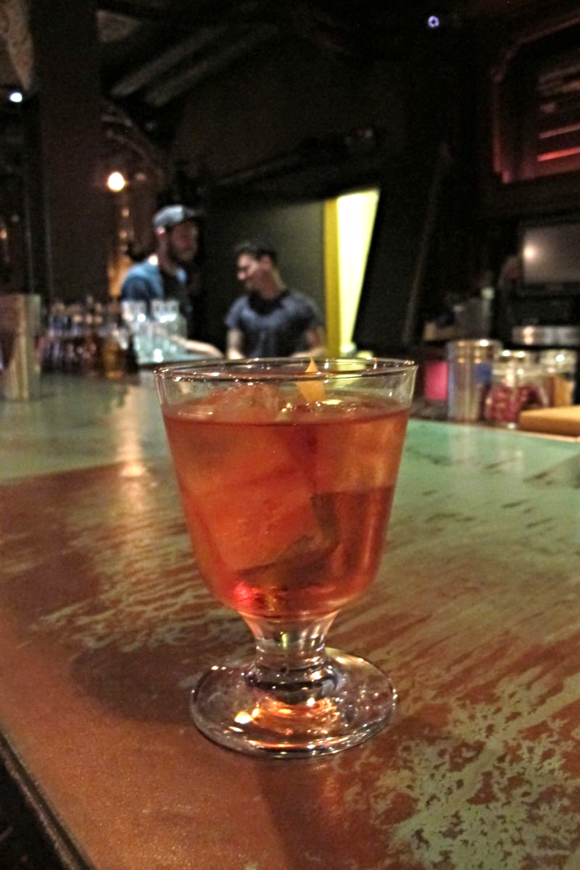 Deliciously interesting, dominated by the caraway/cumin of the kummel and the malty genever. 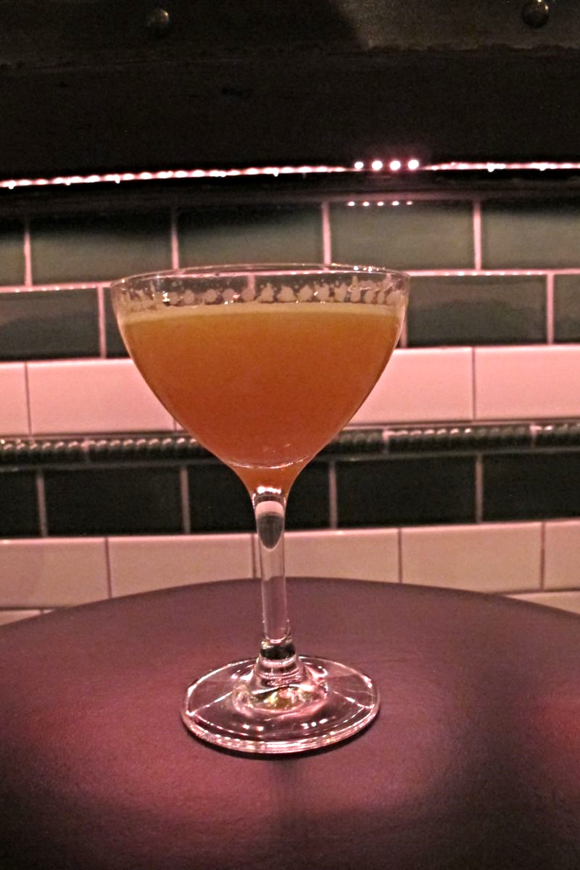 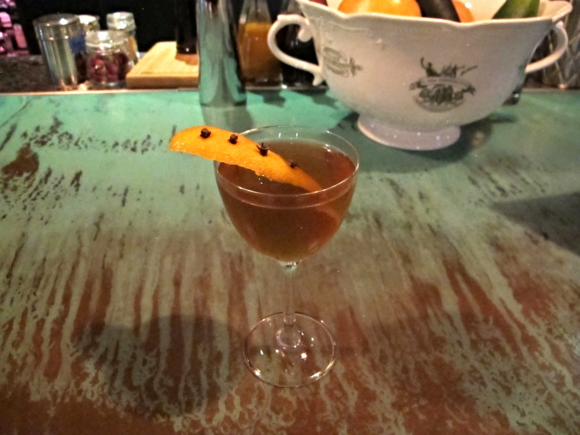 Served with a pipette of Campari that can be squeezed into the drink or added on top like a Sno-Cone. Tropical and minty. 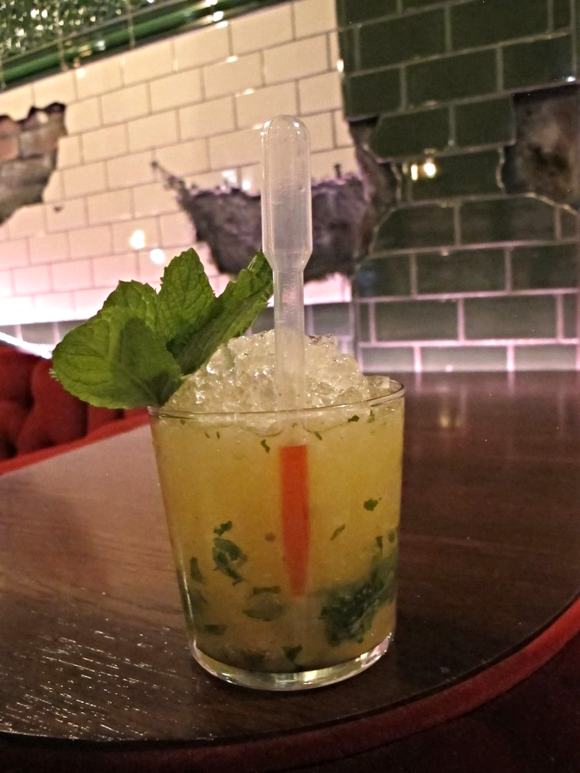 I didn't get to try this one as they didn't have the sour ale in stock.

This drink brings out the savory side of spicy. The bitter orange soda is Chinato from Italy. The ganish is an orange peel poking through a slice of green pepper. 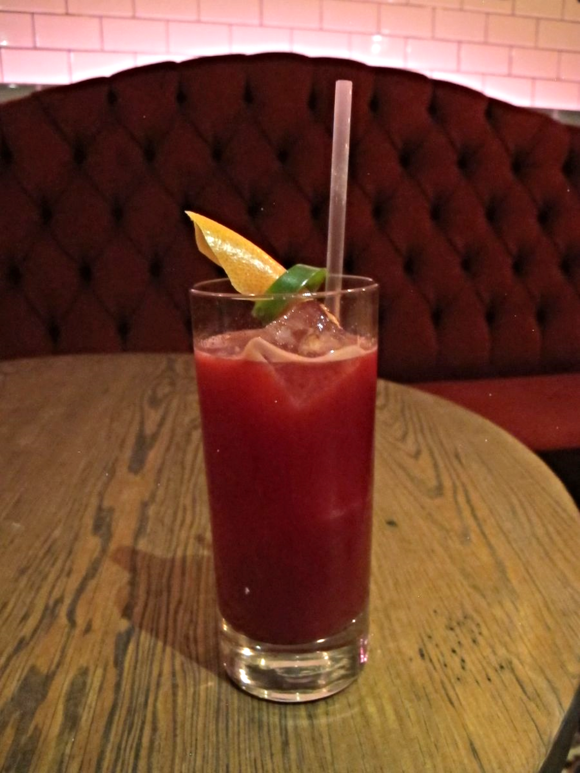 One of Alex Smith's custom tricks is to split the gin base between mostly London dry style and a half an ounce of genever to give it the tiniest malty note. This drink isn't too overwhelmed by the salted licorice liqueur (made in-house), and that flavor is nice with the combined creaminess of orgeat and egg white. 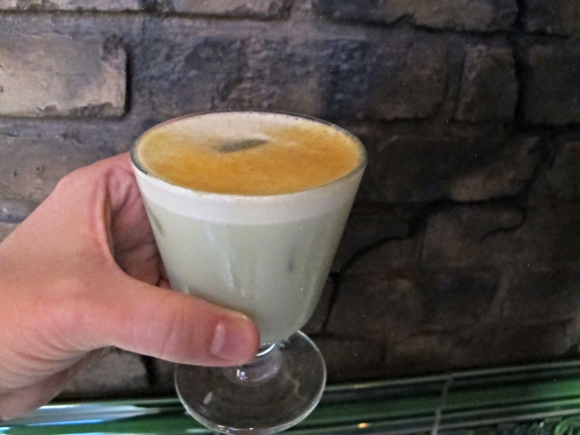 In this drink the cinnamon shines from the Becherovka- a fall gin drink? Nearly clear in color, it's a surprise all around. You’d expect it to have a whisky base. 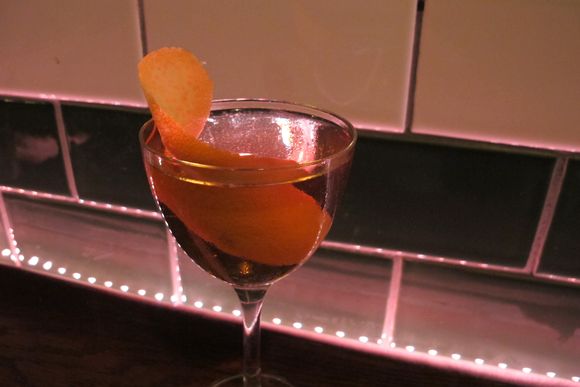 This looks like it's going to be a Mimosa given the orange color and champagne flute, and it's not too far off from that, but it's pleasantly sharp from both the citrus and the bubbles with the kick from gin.

This is not the pumpkin spice cocktail you're expecting from the list of ingredients. The shrub adds a vinegar sharpness and the apple seemed to lend more a soft creamy texture than too much cider flavor. 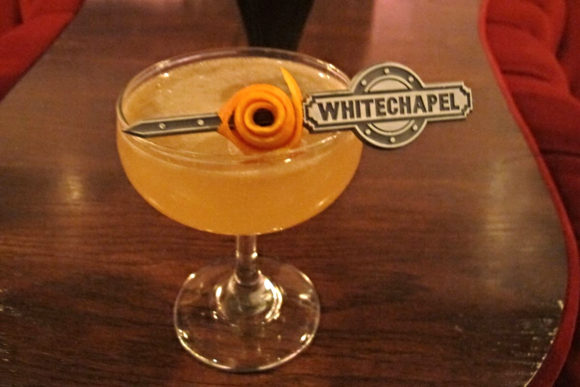 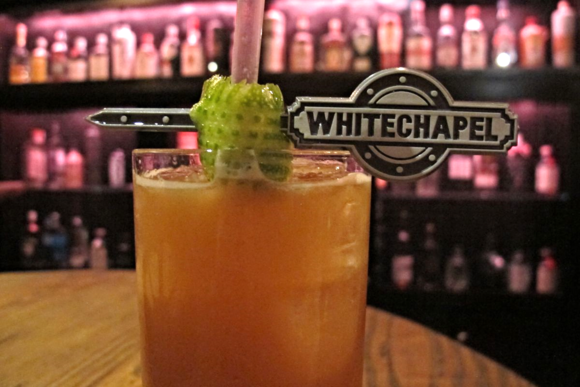 Were you looking for the floral lady drink? You found it. It's a touch sweeter and less bright/sharp than most on this part of the menu. 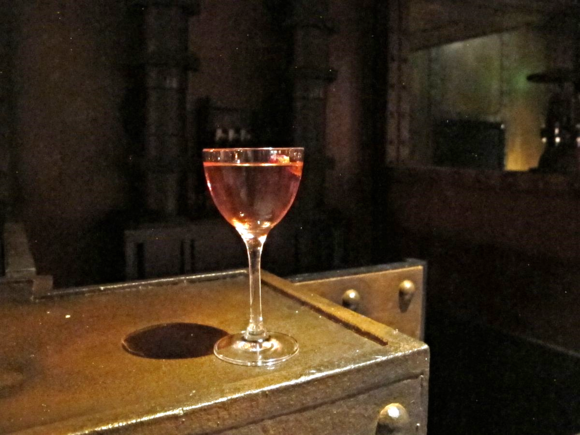 The comparisons to the Chartreuse Swizzle are obvious, but this is a lot less juicy than that modern classic, lighter, and fizzy/zesty. I forget to take an individual picture of this one but it's the one with mint in the front. 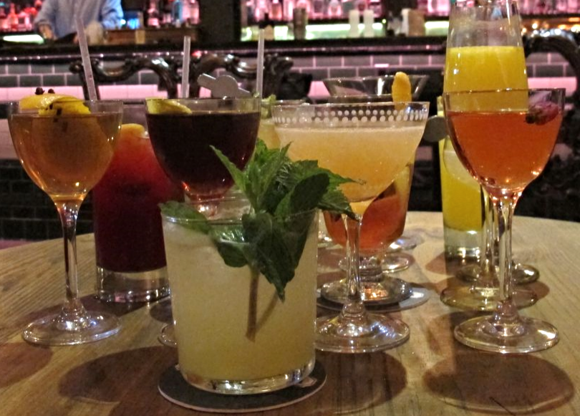 Dark purple in color. Rich, deep, and delicious in flavor. Boozy. One of my favorites. 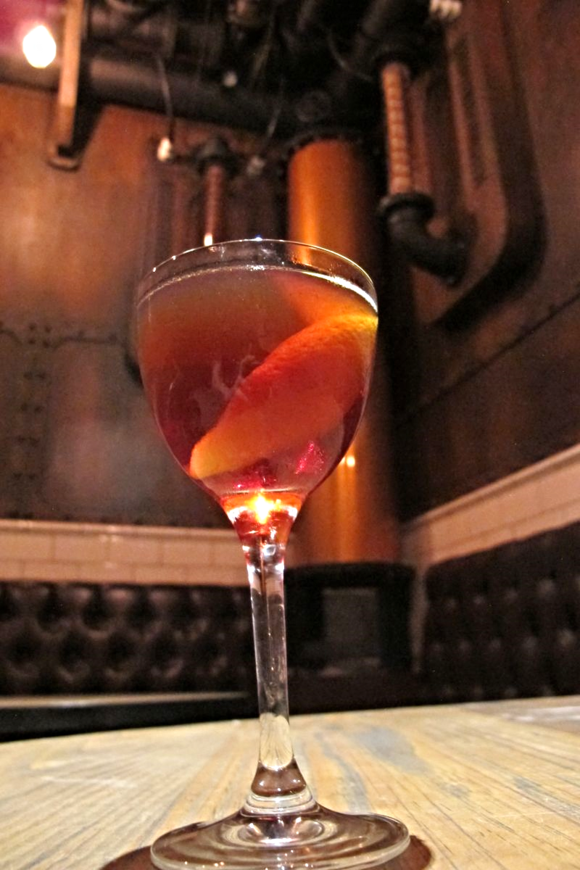 Why yes, it is like a gin Harvey Wallbanger with patchouli in it. 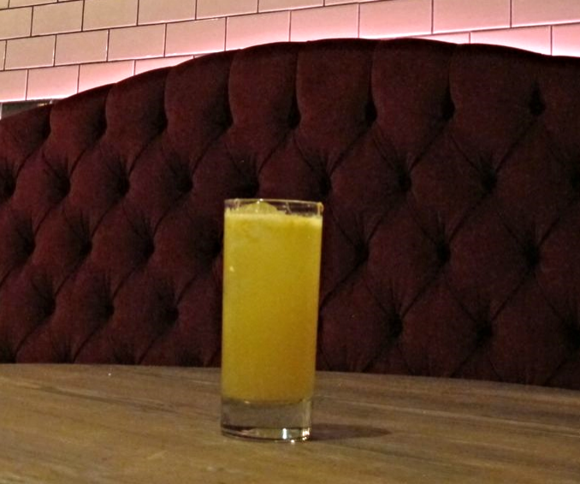 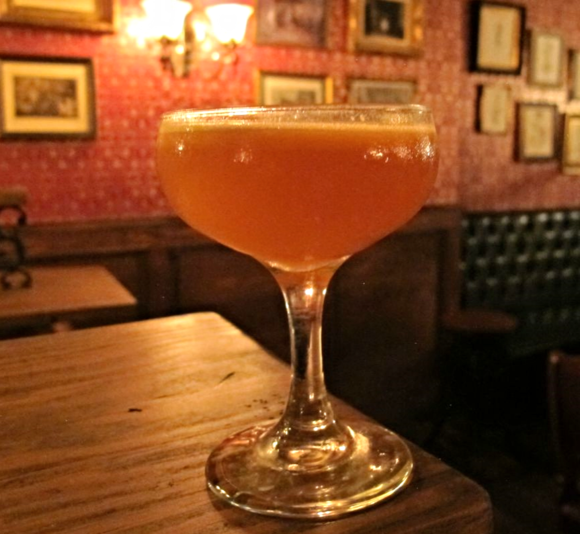 A big, bitter drink for lovers of bitter amari. I'm surprised it's not served on a big rock rather than up. 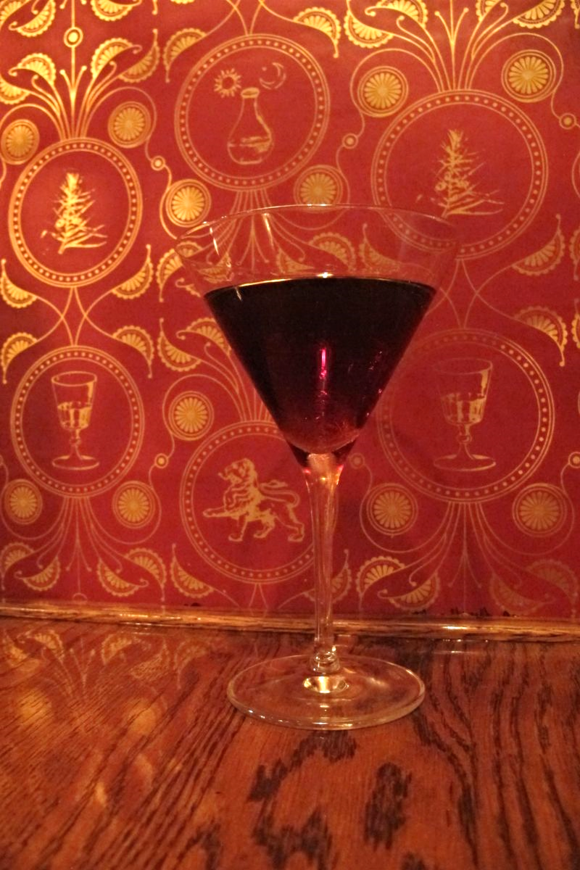 They didn't have one of the ingredients so I didn't get to try this one either. Sounds good though, right?

So that's it. You're going to be hearing a lot about this bar. Years in the making, insane design, bright, drinkable drinks, and some innovations as well. You should probably just go see it.

They served Gilbert's Melodeon at the Bartenders' Breakfast this past Tales. Delicious! (I believe I have the recipe up on the blog).

I think Martin has outdone himself with the Whitechapel.....the place looks incredible and the drinks too, one day I be there...