In the last big rollout before the holidays, publishers have pushed out a ton of new drink books.

The descriptive text comes from the publishers and is not a review, as I have yet to read most of these.

Divided Spirits: Tequila, Mezcal, and the Politics of Production  by Sarah Bowen 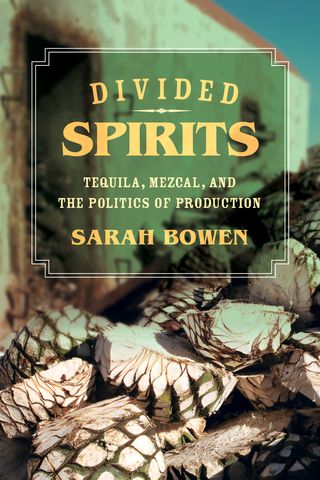 Divided Spirits tells the stories of tequila and mezcal, two of Mexico’s most iconic products. In doing so, the book illustrates how neoliberalism influences the production, branding, and regulation of local foods and drinks. It also challenges the strategy of relying on “alternative” markets to protect food cultures and rural livelihoods.

In recent years, as consumers increasingly demand to connect with the people and places that produce their food, the concept of terroir—the taste of place—has become more and more prominent. Tequila and mezcal are both protected by denominations of origin (DOs), legal designations that aim to guarantee a product’s authenticity based on its link to terroir. Advocates argue that the DOs expand market opportunities, protect cultural heritage, and ensure the reputation of Mexico’s national spirits. Yet this book shows how the institutions that are supposed to guard “the legacy of all Mexicans” often fail those who are most in need of protection: the small producers, agave farmers, and other workers who have been making tequila and mezcal for generations. The consequences—for the quality and taste of tequila and mezcal, and for communities throughout Mexico—are stark.

Divided Spirits suggests that we must move beyond market-based models if we want to safeguard local products and the people who make them. Instead, we need systems of production, consumption, and oversight that are more democratic, more inclusive, and more participatory. Lasting change is unlikely without the involvement of the state and a sustained commitment to addressing inequality and supporting rural development. 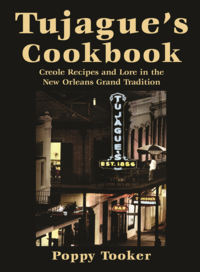 Author and culinary historian Poppy Tooker masterfully combines all the myriad strands that fill the rooms of Tujague’s beautifully restored establishment into a whole cloth of foodie lore. As the second oldest restaurant in New Orleans, Tujague’s boasts more than a century of fresh Creole cuisine served in the heart of the French Quarter. More than a cookbook, this foray into history combines memorabilia from the restaurant’s archives with stunning modern images from New Orleans photographers Sam Hanna and Louis Sahuc. The dramatic story of the successful effort to save the restaurant is included, along with tales of ghostly guests and authentic dishes and drinks celebrating the oldest standup bar in America and the restaurant that created the international tradition of brunch. 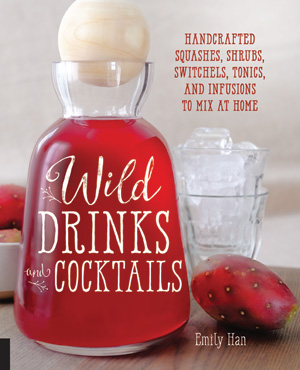 Using ingredients you can find in your own backyard, farm, or local market, you can create artisan drinks that will leave you feeling refreshed and even revitalized. Learn useful fermentation techniques to make your own kefi,and homemade soda. Brew your own teas, mix your own squashes, shrubs, switchels, tonics, and infusions. You can even use the recipes to create powerful and healthful craft cocktails.

Craft drink expert Emily Han creates unique flavors in the 100 drink recipes, each with powerful health benefits, along with a sentimental nod to drinks of another era. Wild Drinks & Cocktails teaches you the techniques you need to know to handcraft your own infused waters, syrups, vinegar drinks, spirits, wines, and sodas. 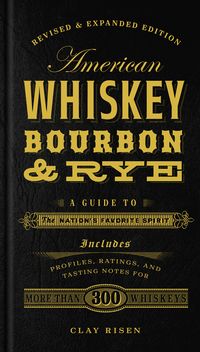 The bible of American whiskey has been updated—now with more than 300 entries!

Organized in an A-to-Z directory by distillery, then brand, this second edition of American Whiskey, Bourbon & Rye features more than 330 whiskeys, including more than 120 new entries. Each section includes a brief history of the maker, along with its location, followed by a full account of each bottling, including details on age, proof, nose, color, body, palate, price, as well as an overall rating. A comprehensive primer provides a short history of the spirit, how it’s made, and how to enjoy it, including tips on organizing tasting sessions. Also included are a glossary of terms, a selection of top whiskeys by value and ratings, a handy checklist, and two helpful indexes. With this book, choosing from among the many whiskeys, bourbons, and ryes made in America has never been easier.

The Periodic Table of COCKTAILS by Emma Stokes 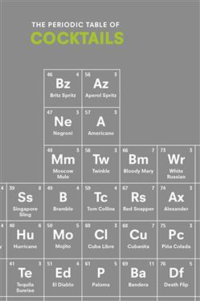 Find your favourite cocktail in the table and, in theory, you should like all the other cocktails in the same column and also the mixes immediately to the left or right, because they all share characteristics - flavours, methods and styles you'll enjoy. Even if they use a completely different spirit or mixer to your favourite choice ... we think you'll like them!

See how the most popular cocktails - new and old - were dreamed up, learn how these cocktails are made, how to order them and, most crucially, how to enjoy them at their best. Plus find out more delicious concoctions to try in this expert guide.

Includes a beautiful Periodic Table of Cocktails pull-out poster - take it on your next night out.

Cocktails for Dingdongs Vol. 1. by Dustin Drankiewicz and Alexandra Ensign

What happens when a bartender and comic book illustrator work together behind the same bar? They write a sassy, satirical cocktail comic book narrated for the everyday Dingong. Introducing, Cocktails for Dingdongs Vol. 1. Co-Authors Dustin Drankiewicz, Bar Director of Chicago’s 16” On Center (Dusek’s, The Promontory, Punch House, Tack Room) and Alexandra Ensign (comic book artist and Bartender at The Promontory) originally devised Cocktails for Dingdongs as a reference for cocktails rotated off menu of The Promontory, a hearth-centered Hyde Park . It then grew into a full guide of craft cocktail recipes matched with clever illustrations.

The 24-page hand-bound book will be available for sale to readers everywhere for $15 beginning October 19th at Cocktailsfordingdongs.com. 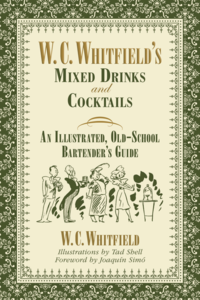 In the Gay Nineties, the American bartender was considered an institution—his fame spread across the globe and, according to Whitfield, visitors to America “bowed before his skill in concocting tempting mixtures.”

Whitfield felt this attraction and admiration of the American bartender was because Americans “will try anything once.” We enjoy experimenting and, when it comes to mixing drinks, “we stop at nothing.” This led to much creativity behind the bar.

W. C. Whitfield’s Mixed Drinks & Cocktails combines two fully-illustrated books of recipes from this time period—Just Cocktails (published in 1939) and Here’s How: Mixed Drinks (1941)—to teach readers everything they need to know about mixing drinks. In addition to information about equipment and measurements, this collection includes more than six hundred recipes. 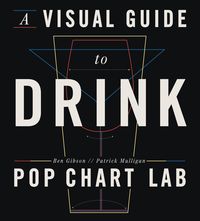 Containing everything from the many varieties of beer and the vessels from which to drink them, to cocktails of choice in film and literature, A Visual Guide to Drink maps, graphs, and charts the history, geography, and culture of the world’s very favorite pastime. The domestic beer-drinking novice and whisk(e)y aficionado alike will relish this perfectly practical primer awash in essentials like charted cocktail recipes, a breakdown of brewing processes, and extensive maps of the world’s wine region in Pop Chart Lab’s trademark clean and elegant design.

The definitive guide to informative imbibing, A Visual Guide to Drink is a fun, functional, and beautiful concoction of data and design that is sure to inspire delight in readers (and drinkers) everywhere.

Contraband Cocktails: How America Drank When It Wasn't Supposed To by Paul Dickson 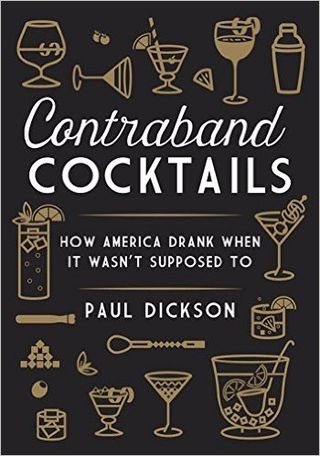 Americans weren’t supposed to drink at all during Prohibition, but that’s not how things worked out: just as Congress amended the Constitution to make their countrymen dry (while a bootlegger known as The Man in the Green Hat helped keep wet bars well-stocked on Capitol Hill), “cocktail culture” as we know it was born. The Bloody Mary, sleek chrome cocktail shakers, hip flasks and streamlined bar carts, craft mixology, and hundreds of other essentials of modern drinking life owe their origins to the dark days and boozy nights of the Dry Years. Rich with history, political intrigue, and cultural curiosities, in Contraband Cocktails Paul Dickson pours us an intoxicating narrative of how Americans drank during Prohibition.

But Contraband Cocktails isn’t just a wild ride with bootleggers and bartenders, rumrunners and mobsters, it also brims with literary lore: from when the word “cocktail” first appeared in print in D. H. Lawrence’s Lady Chatterly’s Lover, to Daisy pouring Tom a mint julep at the Plaza Hotel in The Great Gatsby, to recipes (some of them shockingly, comically undrinkable!) for what Ernest Hemingway, Dorothy Parker, Tennessee Williams, and many others were drinking when they ordered “just the usual,” this small, heavily annotated mixology brings readers out of our 21st century take on the speakeasy and straight into a chair at the Algonquin Roundtable.

We also visit the dimly lit nightclubs that displaced legal cabarets and gave a backdrop to the Jazz Age, a hedge outside the White House where bootleggers stashed bottles of booze in a burlap bag, and even the bathtub where the great chef and food writer James Beard spent Sunday afternoons concocting homemade gin.

Chock-full of scandalous history, delicious anecdotes, dozens of recipes, and a glossary of terms that could surprise even the most seasoned bartender, Paul Dickson’s Contraband Cocktails is the perfect companion to any reader’s Cocktail Hour. 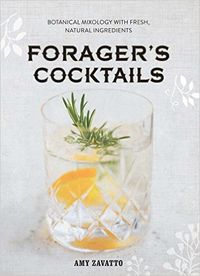 From farmers’ markets to speakeasies, delectable drinks made from foraged and grown ingredients are the latest trend to hit mixology. Full of mouth-watering color photos, this handy guide to imbibing the great outdoors offers 40 inspiring recipes, divided into seasons, as well as tips on how best to forage and preserve the freshest and tastiest berries, herbs, flowers, and more. Forager’s Cocktails is a luscious toolkit for getting the most from backyards, parks, and woodlands and crafting tasty, one-of-a-kind cocktails. Raise your glass to making the most of nature’s bounty! 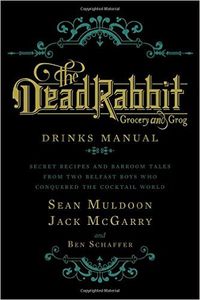 Dead Rabbit Grocery & Grog in Lower Manhattan has dominated the bar industry, receiving award after award including World's Best Bar, World’s Best Cocktail Menu, World’s Best Drink Selection, and Best American Cocktail Bar, . Now, the critically acclaimed bar has its first cocktail book, The Dead Rabbit Drinks Manual, which, along with its inventive recipes, also details founder Sean Muldoon and bar manager Jack McGarry’s inspiring rags-to-riches story that began in Ireland and has brought them to the top of the cocktail world. Like the bar’s décor, Dead Rabbit’s award-winning drinks are a nod to the “Gangs of New York” era. They range from fizzes to cobblers to toddies, each with its own historical inspiration. There are also recipes for communal punches as well as an entire chapter on absinthe. Along with the recipes and their photos, this stylish and handsome book includes photographs from the bar itself so readers are able to take a peek into the classic world of Dead Rabbit.

Thanks for sharing my book with your readers, Mr. English!