Trick Dog in San Francisco is known for their clever cocktail menus launched twice each year. They've provided me with a first look at nearly all of them. Past menus have been:

The menu is a dossier folder of mysteries including crop circles, bigfoot, and chemtrails, with much redacted information crossed out. 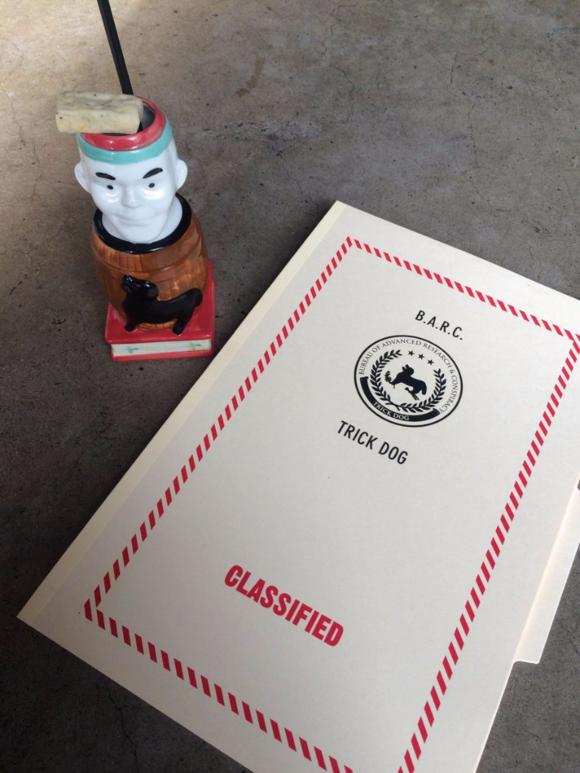 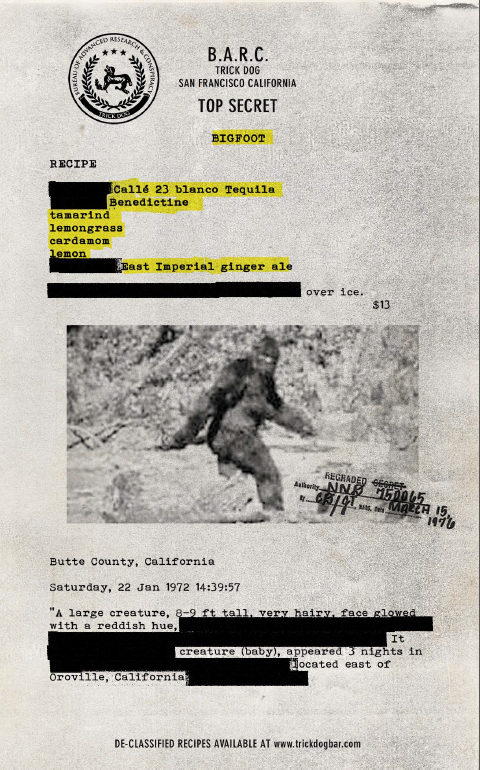 The new drinks are: 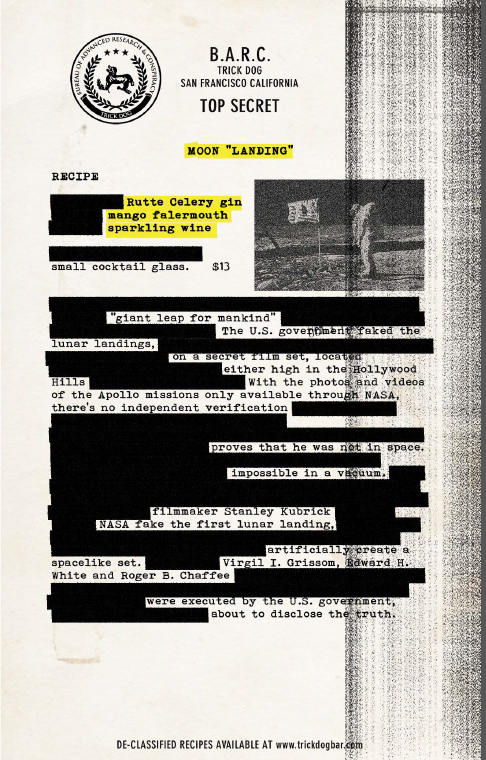 They've also produced a fun video preview starring Bigfoot, which you can see on their Facebook page here.