The San Francisco temporary bar TSK/TSK, which will sometime this year be reincarnated as Horsefeather, featured several alcoholic slushies on its menu.

Slushmaster Mitchell Lagneaux said he was often asked for his advice on how to make them delicious, and rather than writing the same advice over and over he thought he'd point them to this post on Alcademics instead.

So here goes. The below is all courtesy of Mitchell Lagneaux. 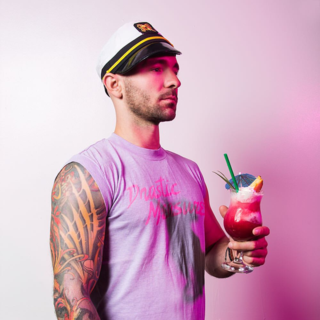 There are a few ways one can go about making adult slushies for the masses. You can fill the machine with Slushie mixers, add a bit of booze, or a lot of booze, flip a switch, and an hour later its game on. Nothing wrong with this approach but sometimes you want to achieve a frosty, brain freezing booze bomb with more of a fresh taste, or maybe there isn't a mixer that fits the occasion. I don't know, pick your excuse to not use a margarita mix. Here's a guideline to help you achieve the coolest of cool, the coldest of cold, sweet yet refreshing, adult slushie.

First, if you are looking to serve slushies in a bar or for an event, you want to consider the portion sizes of the beverage. This is going to help you later on with tracking cost. Lets say you want to serve a slushie at 10 ounces. There will probably be at least 2 ounces of liquor in the cocktail. In order to freeze up you are going to need to add quite a bit of water. Think about how much ice you put into a blender when making a frozen drink. You should be filling the blender with ice if you want to get that heavy frozen consistency. So I recommend adding twice the water to booze when assembling your ice palace.

Now it's time to think about the modifiers. Lemon, lime, pineapple, coconut? Sugar, honey, crazy house made syrup? You probably already have the drink in mind that you want to make though. The thing is, the drink is not going to come out tasting the same once frozen as when it's shaken or stirred. The drink is going to taste thin and diluted. So we need to beef up our mixers. Lets take, for example, a Daiquiri.

But when making a Daiquiri that's going to be colder that a witch's teat, we need to add a bit more sugar to the mix. Adjusted, our Daiquiri might look as such:

If you're like me you are going to want to test the drink out before letting the world taste you masterpiece. I've heard of some people weighing ice, or letting a cup of ice melt and seeing how much water it's made up of. The most simple way I can tell how to test out what your frozen beverage is like this.

Make a modified Daiquiri (2oz rum, 1oz lime, 1oz simple). Build this bad boy in a shaker, fill it with as much ice as you can, shake it till the wheels come off, and when you strain the cocktail, measure it. What do you have? Let's say 7oz.

Lets add another 1.5oz of water to get the drink to the level of water required to freeze. That's brings us to 8.5oz per cocktail. And there you have the serving size. It should taste bit sweet but once frozen the drink should balance itself out. If you feel like it's too sweet or sour make the adjustments as needed.

Now that we have a basic formula for making our slushie we need to have some batched and ready for when it gets low.

Spending time abroad made me appreciate the metric system. Let just remove the "oz" from our recipe and replace it with "mL" and it's that easy.

The last, and one of the most important things in my opinion when it comes to serving slushies is the time at which you refill the machine. It typically takes at least an hour for a full machine to freeze the liquid. With that being said, the lower you let the batch go before you add more, the longer it's going to take to get cold.

I recommend topping up the machine when it's about half way down. A trick I've learned is to roll, or rack it once you fill it. This means pour in more of your batch. Next, take the same container you used to fill the machine, fill it back up with the slushie you just topped, and do this 3 or 4 times. This is going to get all of the liquid in the machine to the same temperature, resulting in a faster freeze. Otherwise the new batch will sink to the bottom and the frozen portion will float at the top.

Brain freezes for all!

Yeah I think it's just an oversight. We could say if it was 2:1:1 and still came out to 7 ounces then there would be 3 ounces of water and we take it up to 4.5 to get the same 8.5 ounce cocktail.

At least that's how it looks to me.

Thanks for pointing that out. It looks like it was a typo on my part and I didnt catch it. I can see how it made things confusing.

If you add vodka or tequila to the slushee machine, will the liquor lose it's alcohol after a few hours?

You'd only lose alcohol if the machine is open - it would have to evaporate somewhere.

Thanks for the info. What about sugar-free mix plus asst juices. I've heard that one does not get a good "slush" without sugar.

This is all awesome info...for anyone new I'd take it one step "easier"

Basically we are looking at a 2:6 ratio of 80 proof alcohol to non-alcoholic ingredients. I worked with these machines a lifetime ago with off the shelf mixes (Copeland's of New Orleans) and now in SF we are making fresh ingredient versions and having a blast. I find the most important things to keep straight (in addition to sugar) is know the proof of the alcohol you are using and making the batches easy to follow for the "next guy." As Mitchell says..go METRIC...
In this case 2L Rum + 1L Lime + 1L Simple + 4L Water will yield you an 8L batch. Easy to mix/store/fill in a large cambro and more or less "fool proof" for your Monday Bartender.

For costing/yield figure out your serving size metrically as well...for some reason even though we have all been pouring from "750's" our entire careers...we then try and cost things back in oz...no reason. Call your 8.5 oz portion a 250 ml and all the math becomes easy. Stay metric!

Finally, I would stress, clean your machines...and keep them full. We drain and sanitize nightly and disassemble and clean weekly. For Cream drinks,sometimes even more often depending on the volume. A full machine cleans easily, if you let the levels drop down you end up with dried gunk...just my experience.

I am currently using Bunn Ultra II machines and really like them.

and the "racking" advice is pure gold if you are doing any volume at all...only way to help the machine keep up on "frose friday" is top it and rack it all along!

Thanks for your insights Trip!

Can wine be frozen into slushees? Does it take additional mix?

Sure, there's a whole trend of "Frosé" and you can find lots of those recipes online.

Can you share what you found to make rose'? I am having trouble finding recipes. Also looking for something fall like maybe such as a alcoholic apple cider slushie...

So there are two things I would love to try and make in the slush machine but have been unsure of a good ratio to maintain the brick count required, 14-16, and of course make the recipe so that it tastes great.
1. Frozen knickerbocker. 2oz dark rum, 1 tblspn lemon juice, 2 tsp cointreau, 1/2 tsp simple syrup.
2. Tom Collins. 2oz bombay sapphire, 1oz lime juice, 1oz simple syrup, 2oz sprite.
So how do i create good recipes from this for a slush machine?
(These might not be the best recipes, but they are the ones my wife likes!)

Can you make egg nog in the slush machine? If so, how?

Where can I get a recipe book, so to speak, of slushes for a 1.5 gallon slush machine? I have a restaurant and just bought a machine, but have no recipes, nor can I find any online with a quick search...

Someone REALLY needs to start a Facebook page with proven recipes for these commercial units. I have a double bin BUNN Ultra2 and it’s never a good feeling trying to make a batch for guests when there is so much money tied up in alcohol in each “batch”. I purchased a brix meter for this summer but an online source would be a magnificent resource.

@Karl - I think you're right, or at least a story with starter recipes or something. I've put it on my to-do list (which is long) and will update the post/comment if I do!

Has anybody come across any more recipes on the Web?

Also looking for recipes for the Bunn Ultra

I have a question. What would the mix be if you wanted to add flavors last. Kind of like a slushie or snow cone. Would it still greeze the same or would you have to create it anew

I’ve been experiencing problems with beer slushie. The slush turns into a thick smoothie consistency. Any ideas on how to correct that?

Sorry I don't have answers folks, I wish I did!

How long can you leave the slushy mix in the machine before you have to create a fresh batch? We make a hard and soft slush to serve in a restaurant but struggled to find much info online.