There are more than 1280 craft spirits producers in the USA

Here is a press release I received - wow! (Note that 'craft spirits producers' is not the same as 'distilleries'.) 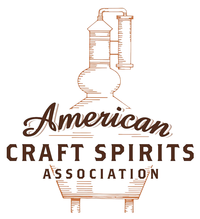 WASHINGTON, DC   (March 17, 2016) – The American Craft Spirits Association (ASCA), The International Wine and Spirits Research (IWSR), and Park Street shared their initial findings as part of a proprietary research project whose goal is to provide a solid and reliable fact base for evaluating performance and trends in the U.S. craft spirits industry.   The Craft Spirits Data Project, which was announced at ACSA’S 2016 Distillers Convention and Vendor Trade Show in Chicago earlier this month, is the beverage industry’s first-ever comprehensive craft distilling study.  The Project will quantify the number, size, and impact of craft spirits producers in the United States.

Though all parties are still in the process of collecting further data and analyzing craft spirits growth trends, which will be revealed via a full report later this summer, with annual updates to follow, the group has revealed a handful of preliminary findings:

The American Craft Spirits Community is larger than all previous industry estimates.

There were at least 1,280 active craft spirits producers in 2015, and that number may continue to rise after the data is further reviewed and analyzed; the compound annual growth rate of distilled spirits permits was 16% between 2007 and 2015.  The number of production facilities in the U.S. has more than tripled since 2007.  The Number of Craft Distilleries in the U.S. is the highest since Prohibition.

Craft spirits producers are prolific job creators.  Based on preliminary data from the first 20% of census respondents, craft producers employ approximately one full time employee for every 700 cases sold, versus the large company ratio of one full-time employee for every 16,000 cases sold.  In other words, craft spirits producers employ 21 times more people than large spirits companies on a volume adjusted basis.  Early estimates reveal the craft distilling industry employs more than 6,000 full-time employees.

Based on the preliminary data received to date, more than half of the craft distiller’s domestic business is driven by direct sales at a distillery or tasting room.  This business is only expected to increase as more and more states loosen their direct shipment and tasting room sales regulations.

The spirits market has been on a trend towards fragmentation for the last 20 years, and the U.S. craft spirits boom is accelerating this trend.

More than half of the country’s craft distillers are located in 10 just states, with California, Washington, New York, Texas, and Colorado leading the way.