This 3000 case limited release of 107 proof straight rye whiskey was double distilled from a mash bill of 100 percent rye grain in copper pot stills with a “robust cut” selected by master distillers, unfiltered, then aged in cold weather for 16 years in newly charred American oak barrels. 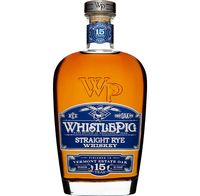 Available May 2016 in almost all markets in which other WhistlePig products are available.

Aged for 15 years and finished in Vermont White Oak from the WhistlePig Farm and surrounding area. WhistlePig developed a Custom-Charring Initiative for the 15 Year. The barrels receive a long toast and heavy char designed to draw out a rich sweetness that complements the natural spice of aged rye.

Distilled from 100% malted barley through a Coffey still, which is rarely done given the complexity and skill required, not found in modern column stills of today. (45% ABV, $74.99 SRP).

Bully Boy Distillers announces the launch of Estate Gin, a gin crafted with regionally indigenous ingredients that reflect New England character and the terroir of the region. While most gins utilize a neutral grain base, Estate Gin starts with a unique blend of neutral apple and grain, which is made in-house by distilling Stormalong cider, a local Massachusetts hard cider. To complement the apple base, Bully Boy uses wild juniperus virginiana and McIntosh apples, both sourced from the Bully Boy co-founders’ family farm in Sherborn, Massachusetts, alongside coriander and lemon as the main botanical charge. The gin features hints of hibiscus, pink peppercorn and lavender. Bully Boy Estate Gin is 47% alcohol by volume.

Bruichladdich, the progressive Hebridean island distillery, announces the release of the first expression of Octomore single malt to be aged in virgin oak casks, and the first release under the leadership of Head Distiller Adam Hannett. The Octomore series includes the world’s most heavily peated whiskies and the most recent 7.4 has a phenol count of 167ppm. Twenty-five percent of Octomore 7.4, made from Scottish barley, was matured for seven years full term in the virgin oak casks. In order to enhance the flavor, this was then vatted with spirit that had spent three years in first fill bourbon, followed by two years in French virgin oak, before a final two years resting again in first fill. Octomore 7.4 is 61.2% ABV.

Available May 1, 2016    To purchase, go to www.sonomacider.com/shop, or visit Sonoma Cider’s new taproom when it opens in Healdsburg, CA early August 2016.

Sonoma Cider’s Apple Brandy combines the juice from five varieties of organic apples that are fermented at Sonoma Cider’s cidery and double distilled via an alembic copper still at Alley 6 Craft Distillery, also located in Healdsburg, CA. After distillation, the apple brandy is aged in American oak barrels anywhere from eight months to one and a half years, depending on the size of the actual barrel (the smaller the barrel, the quicker the aging process). Alcohol by volume is 42.5% (85 proof).

Available in California May 2016, other states summer 2016

Bruto Americano is made from a variety of herbs, roots, and other botanicals. Though the exact number of ingredients and formulation are proprietary, we will say that the bitterness comes primarily from gentian root; the citrus notes mostly from California-grown Seville orange; and the woodsy notes from balsam fir and Cascara sagrada (bark from the California buckthorn). Some ingredients are hot-steeped, others are cold-infused. The resulting mixture is filtered and then colored in the traditional manner with cochineal. 24% ABV.

Booker’s Rye Whiskey is made from a never before released rye mash bill, bottled uncut and unfiltered at its natural proof, just the way Booker preferred his whiskey. The supply of Booker's Rye is about half that of Booker's 25th Anniversary Bourbon from 2014. Aged for 13 years, about twice as long as a standard batch of Booker’s Bourbon. Proof: 136.2

Knob Creek 2001 Limited Edition Bourbon commemorates a significant year for Knob Creek, as late in 2001, the tradition and responsibility of stewarding Knob Creek Bourbon was passed from Booker to Fred. This release, made from barrels that Booker laid down in 2001, was finished by Fred Noe. Bottled at 100 proof and aged for 14 years, longer than any other Knob Creek release to date. It will be released in three limited batches, each accentuating distinct notes of the 14-year-old liquid, for a suggested price of $129.99 for a 750ml bottle. 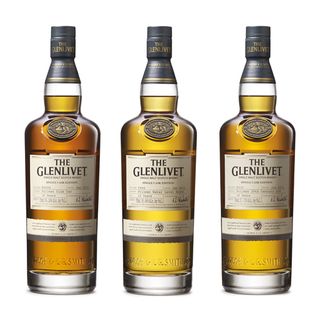 The Glenlivet Single Cask Edition has been transferred from cask to bottle at their natural cask strength and without chill filtration.

PULLMAN CLUB CAR Aged in Sherry Butt for 18 years. The Pullman Club Car has a limited availability of only 618 bottles.

PULLMAN TWENTIETH CENTURY LIMITED  Aged in European Oak Butt for 19 years. Only 588 bottles of the Pullman Twentieth Century Limited are available for purchase.

PULLMAN WATER LEVEL ROUTE  With only 321 bottles available, this whiskey is aged in American Oak Hogshead for 15 years.