A Drink-Through of the new PCH: Pacific Cocktail Haven in San Francisco

PCH aka Pacific Cocktail Haven opens to the public June 21, 2016 after many months of renovation in the space that held Cantina. The bar is from Kevin Diedrich, who ran several of the Kimpton Hotel beverage programs in San Francisco and has spent time behind bars in DC and NYC as well. 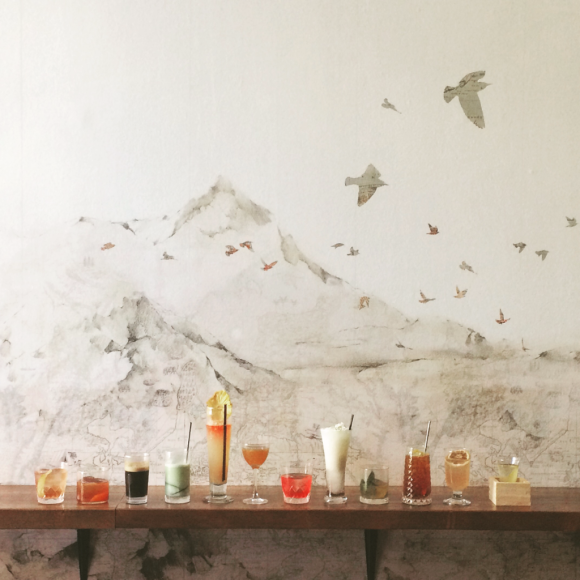 Diedrich brought over from his last beverage program at BDK not only the Instagram-famous monogrammed napkins, but also three of the drinks:

That snap pea one is killer, but I skipped having it again in favor of trying the new drinks; about 12 out of 18 on the menu in total. So here goes:

16th Century: Singani 63, cacao, apricot, citrus, pineapple, bitters - This one reminds me of the Pisco Apricot Tropicale a bit, from the grape brandy and apricot. A touch foamy from the pineapple juice and very bright, which is a word I'll probably overuse in this write-up. 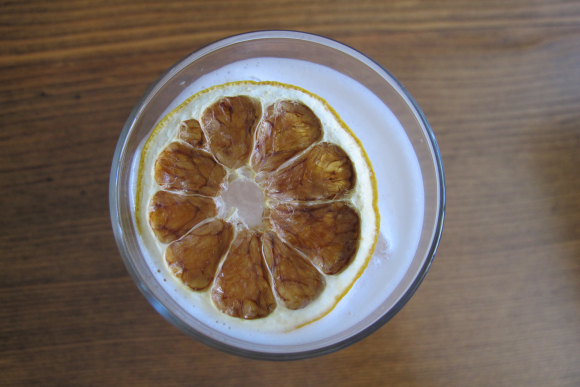 Cowfee Twalk: Ketel One Vodka, orgeat, cold drip coffee, Campari - I'm not usually a huge coffee cocktail fan, but this cold-drop coffee was nicely not acidic. The drink is super foamy as you can tell, but that comes from the coffee and orgeat. 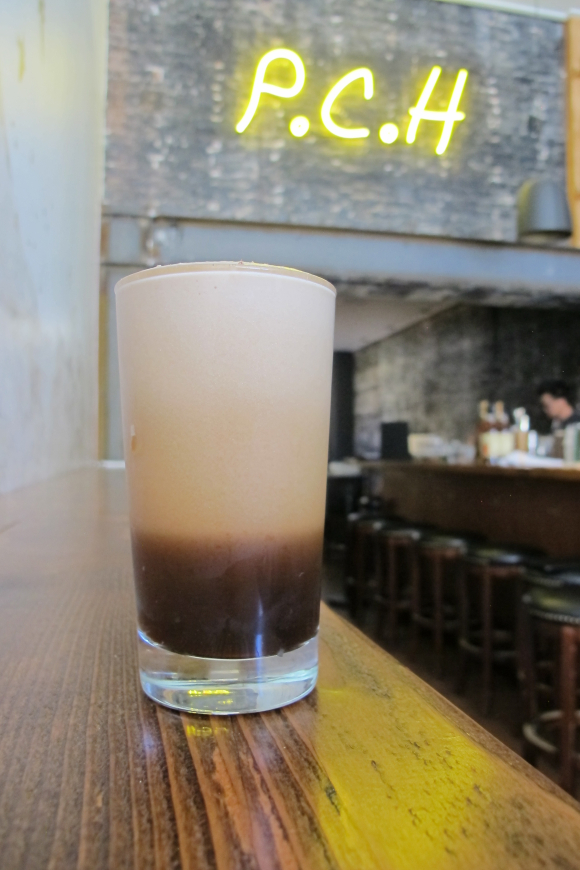 Naked Mai Tai: Appleton Estate Rum, Combier, Orgeat, bitters - This is a Mai Tai meets a 'Ti Punch. WHAT. The only citrus is from the lime disc in the glass. At first sip you get some funk from a float of Coruba then like a 'Ti Punch it changes as you sip it and it sits in the glass. Very cool. 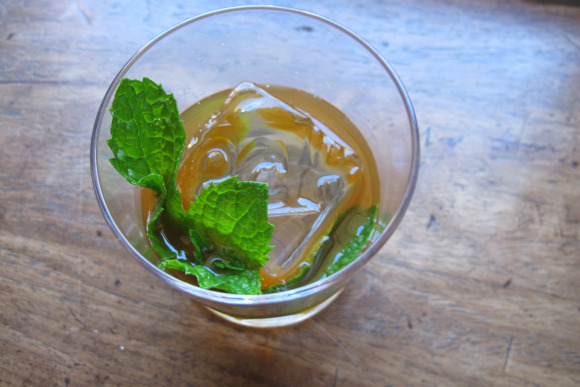 Ko’Olina Swizzle: Banks 7 Rum, Banks 5 Rum, banana, orgeat, pineapple, bitters - Sure to be a big seller on its looks alone, this drink gives you the banana-orgeat combination you didn't know you needed but now cannot live without. 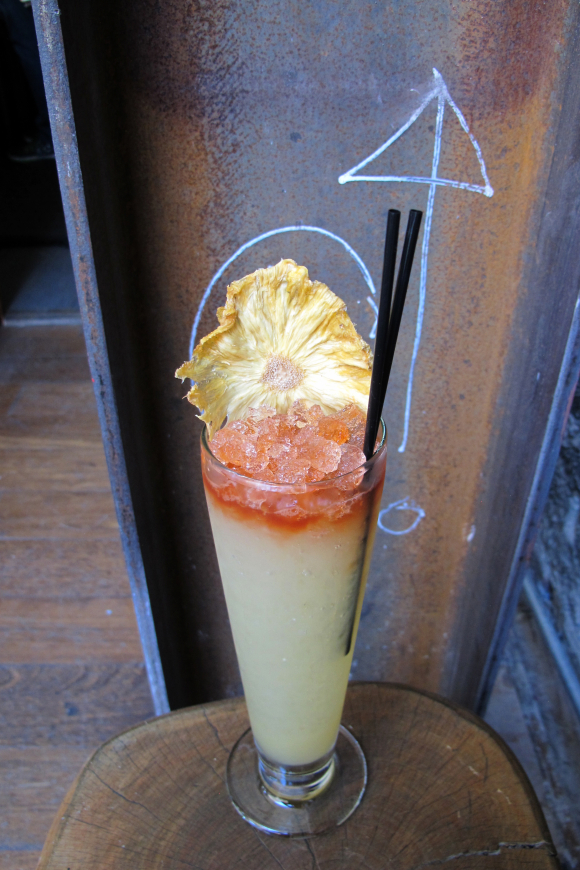 Lime in da Coconut: Reyka Vodka, salted pistachio, coconut-lychee milk, citrus - It looks like a creamy drink, but it's really milky over pebble ice. It's got a lot of zip with the salt/coconut/lime combination, and seems built to address the "vodka, not too sweet" order. 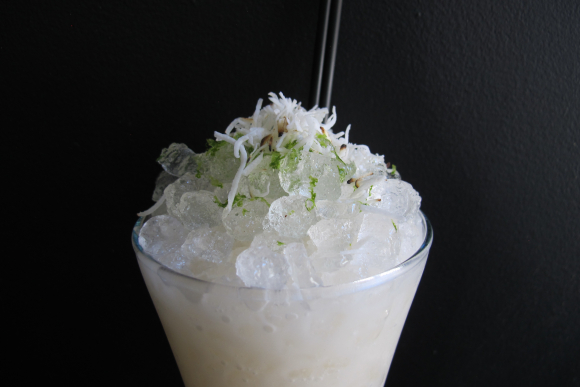 Miso Old Fashioned: Miso-butter Bacardi 8 rum, Pommeau, bitters - This is your cold-buttered rum. Actually it's aged rum that's been fat-washed with miso butter to give it a creamy texture, balanced with a touch of tannin from the pommeau, while being light in body. Also, logo ice! 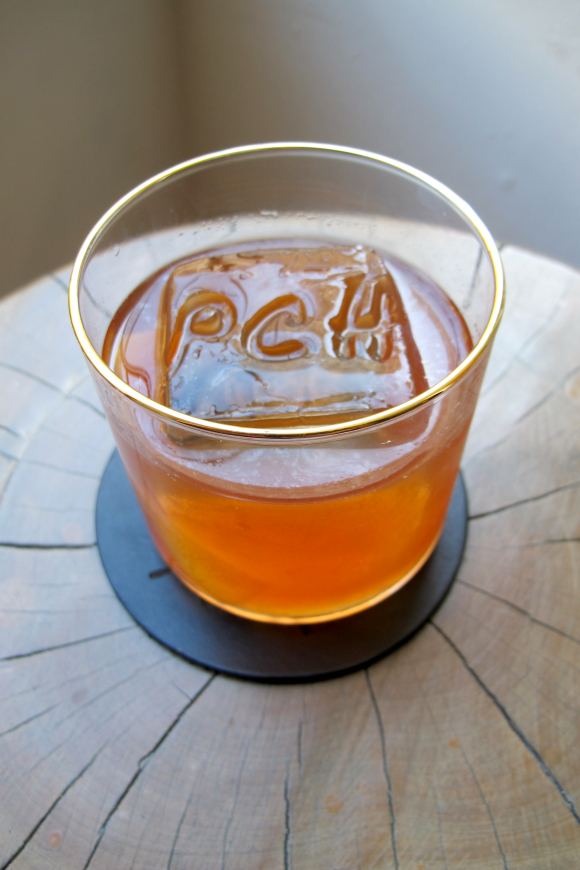 Santorini Summer: Bombay Sapphire East Gin, Bol’s yogurt liquor, house tzatziki, citrus, tonic - If people can get past the difficult description, they'll find this stunner to taste even better than it looks. It's basically cucumber and yogurt for the main flavor combination, with touches of cilantro, mint, and a zing of ginger. Yass. 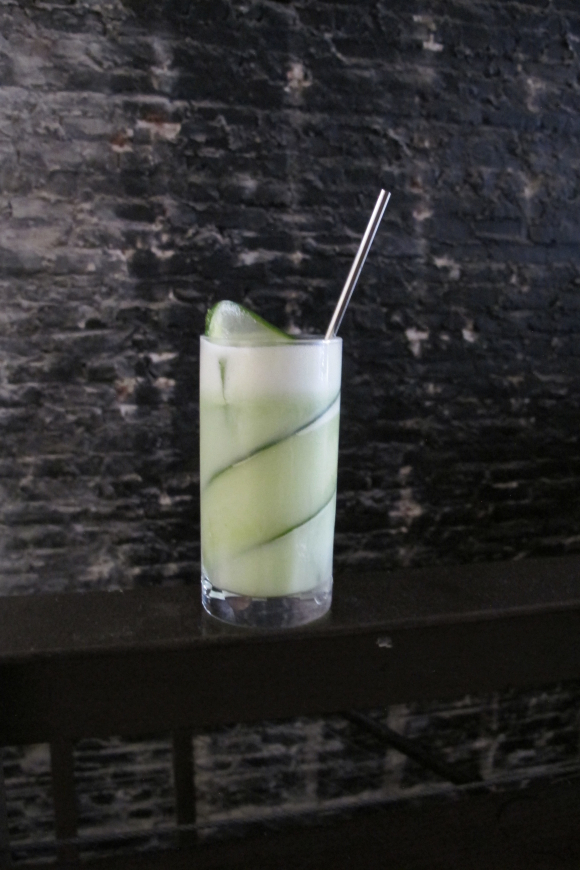 Mum’s the Word: Chrysanthemum infused Christian Drouin Calvados, Campari, elderflower - Sort of a Negroni, sort of not! Dried chrysanthemums take the star role in the flavor of the drink, which sounds super floral but is actually quite hearty. 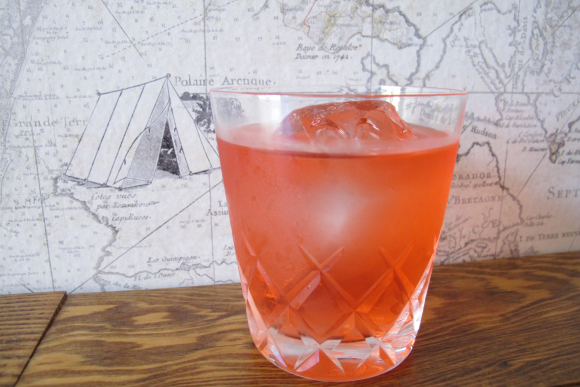 Shiso Delicioso: Olmeca Altos Blanco Tequila, shiso, Red bell pepper, citrus - A savory drink served up with the red bell pepper very present and not spicy. I like it more than I'd like to admit. 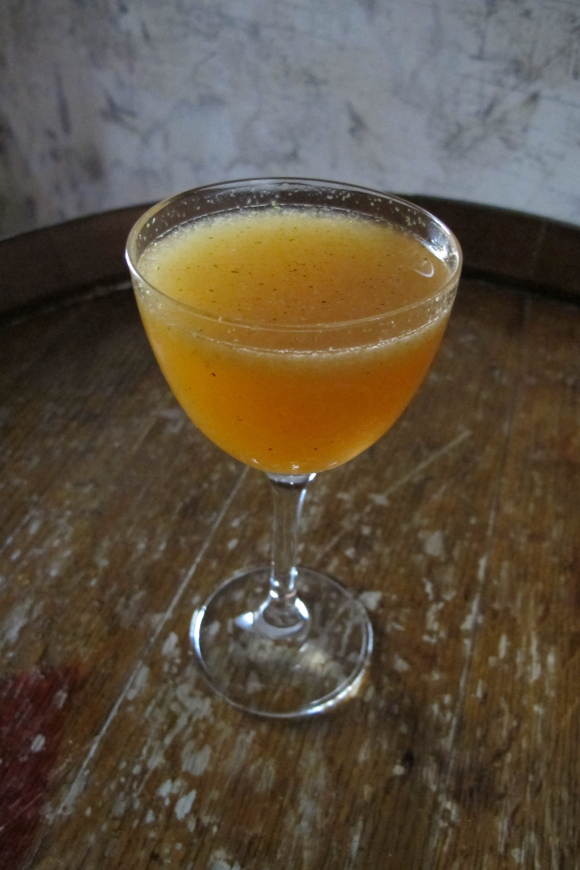 Salaryman: Enter Sake Jumai Daiginjo, Dolin Blanc Vermouth, Maraschino, bitters - This drink is in the Low-ABV section of the menu. It's served in a wooden sake box and the glass inside is filled to overflowing as is traditional in sake service. It's a good quantity of low-ABV booze, so I wouldn't suggest having seven of them. 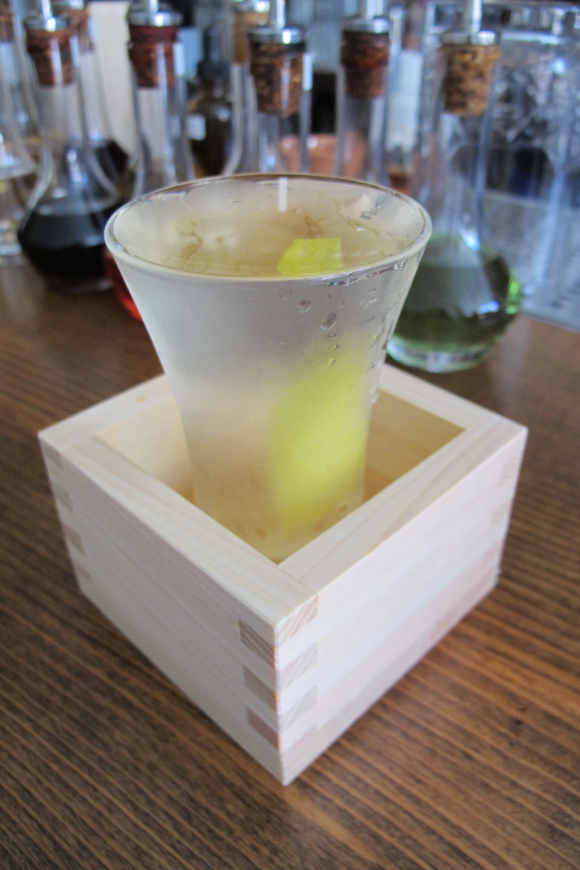 Drakkar Noir: Jägermeister, cherry herring, maraschino, soda water - When I was in junior high school, this was the 'alternative' cologne to Polo. Oof. Diedrich says he gave the drink the name because the flavors in it - cherry, cola, sarsaparilla - reminded him of another flavor from that era: Cherry Coke. That was enough drinks for one night! Here are some more interior shots and the menu. The space looks great. 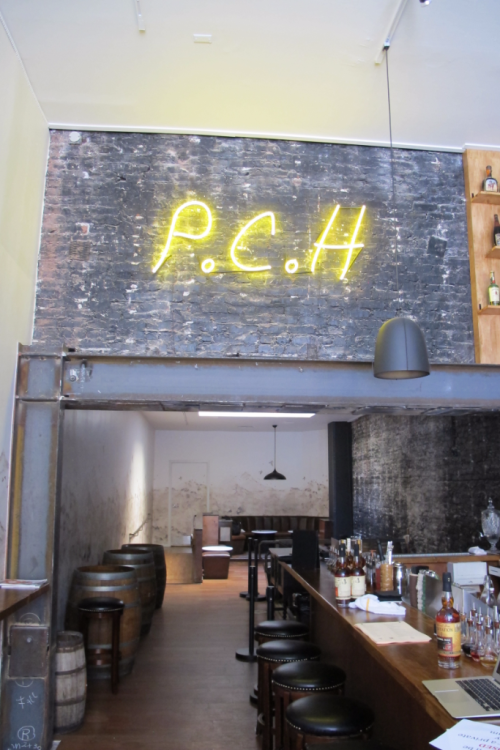