Drinking Through the New Cocktail Menu at Tradition in San Francisco

John Codd, most recently at Gaspar, took over the bar program at Tradition across the street from Bourbon & Branch in San Francisco.

His new menu that just launched plays up new flavors in the bar's house format: one drink for several American bar archetypes. To fill it out, there is a selection of barrel-washed spirits, specialty snacks (a Negroni fruit roll-up and Chartreuse-buttered popcorn), and punches. 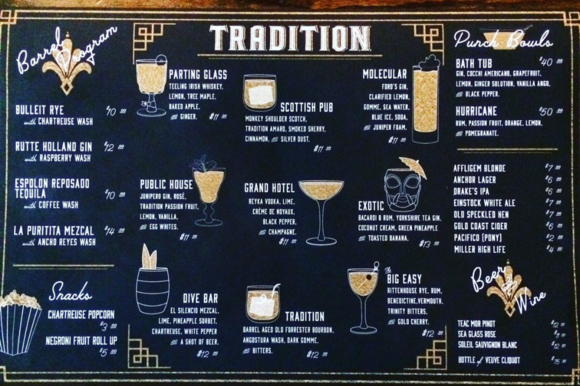 I first tried the Molecular cocktail. It is basically a gin collins, made with clarified lemon juice (Codd recently bought a centrifuge), sea water (saline), blue ice (ice made with butterfly pea flower tea), and juniper foam (made with egg white for now; plans are for soy lecithin in the future). 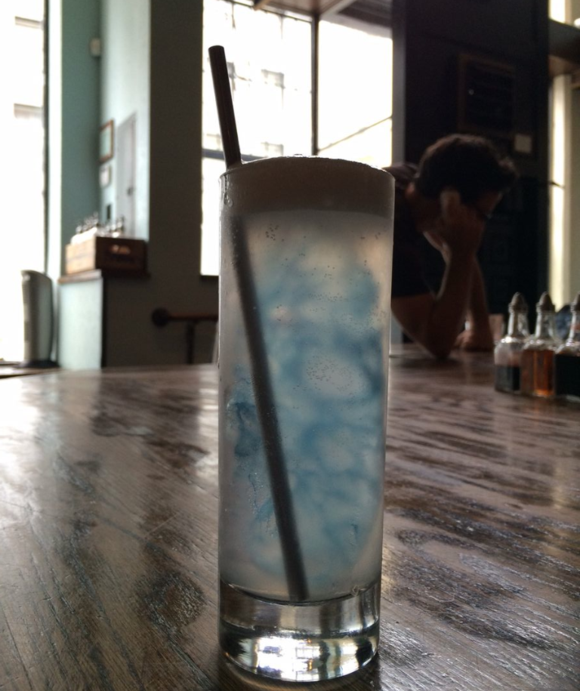 Next was the Scottish Pub, which is a whisky-amaro drink with smoky flavors, cinnamon syrup (which really brings it together), and edible silver - which doesn't come out so well in this image. 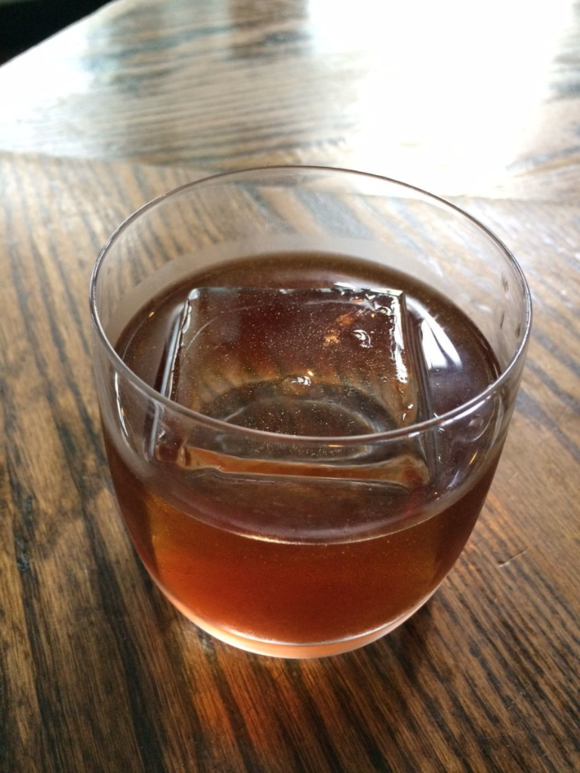 The Grand Hotel is a vodka drink with creme de noyaux, black pepper tincture, and champagne. It is embarrassingly delicious. 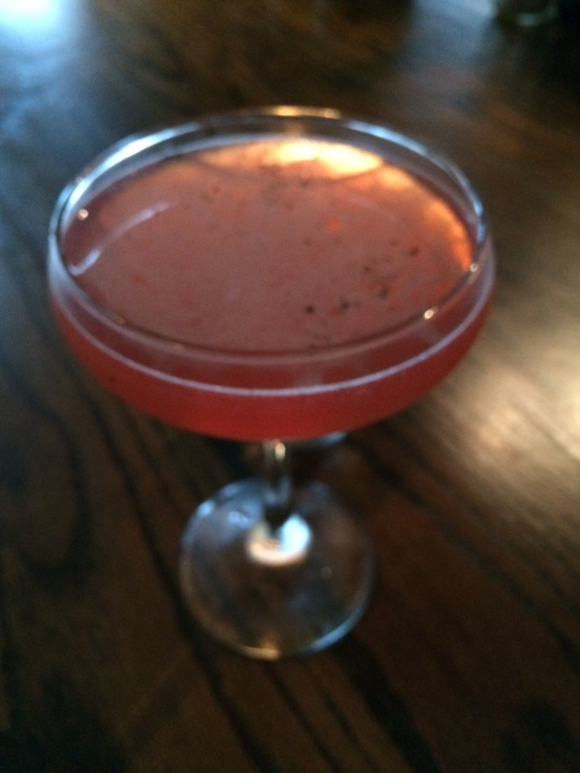 The Public House is another one of my favorite drinks on the menu, made with gin, rose, passion fruit syrup, lemon, vanilla, and egg whites. It's refreshing and fun. 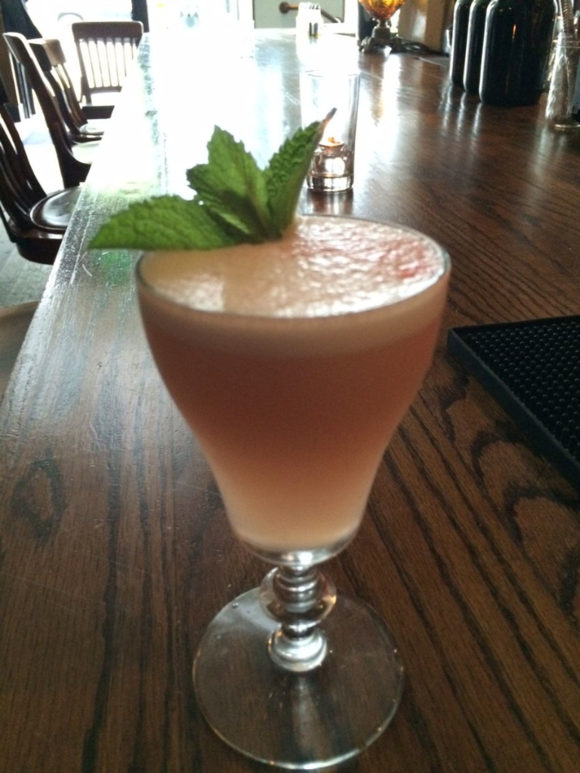 The Exotic is their take on tiki, with rum, tea-infused gin, coconut cream, unripe pineapple, and a toasted banana garnish - a frozen slice of banana caramelized with a blowtorch. 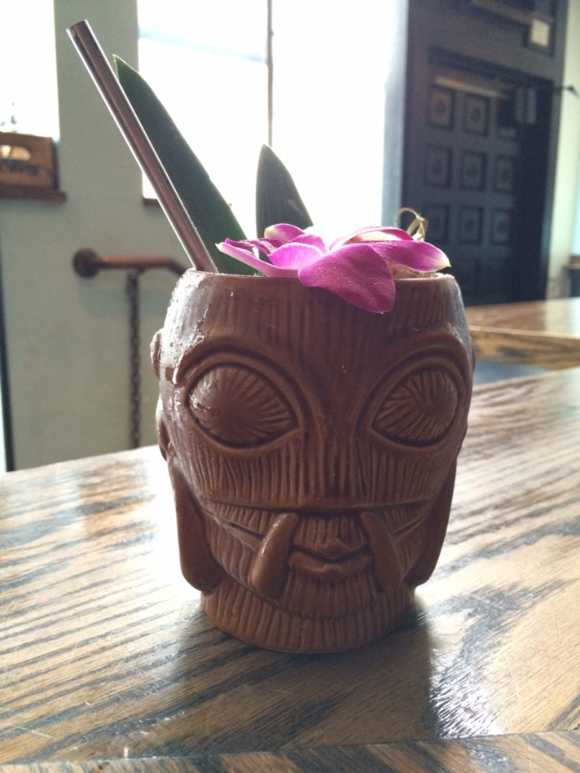 The Dive Bar evolved from the concept of a pineapple Michelada, but instead the beer is served as a shot on the side of a mezcal-forward drink with pineapple sorbet and Chartreuse. 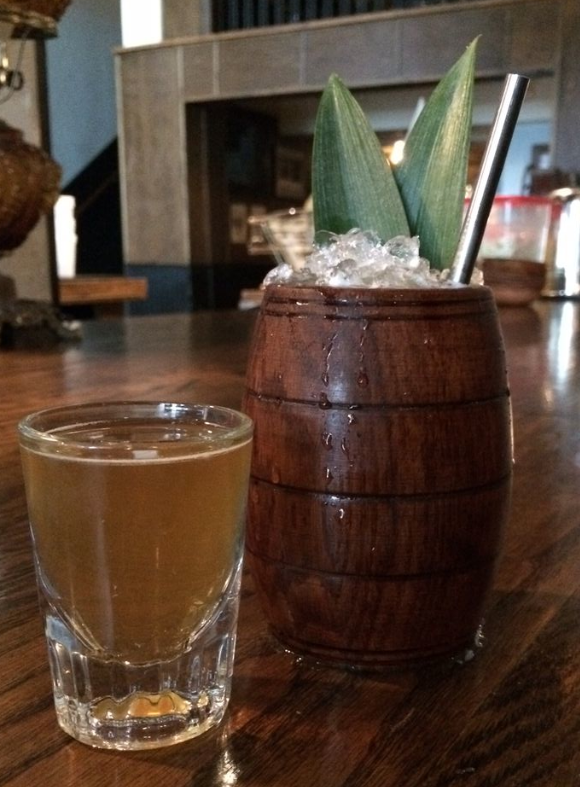 The Parting Glass is a simple drink with whiskey, maple, lemon, and ginger, with a baked apple garnish. The Big Easy is a Vieux Carre variation with rye, rum, Benedictine, vermouth, bitters, and sprayed-on edible gold, which is sprayed on both the base of the glass and on the cherry. 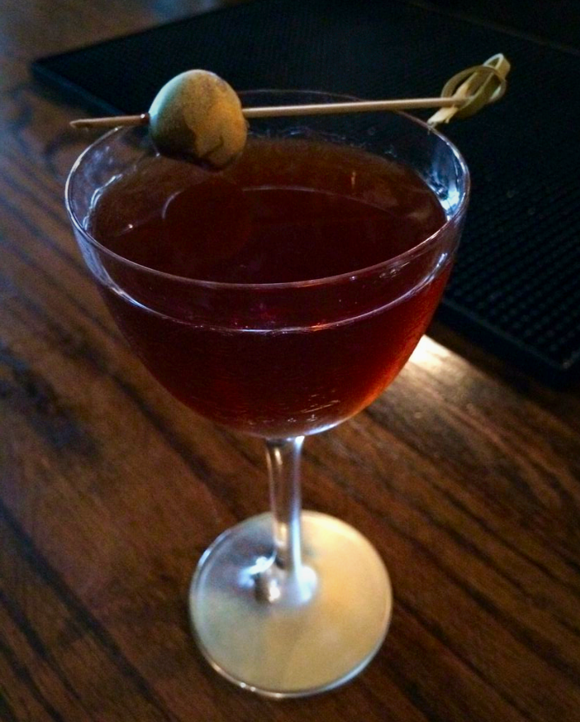 The Negroni fruit roll-ups were also delicious and way better than the Campari fruit leather I made a few years ago. 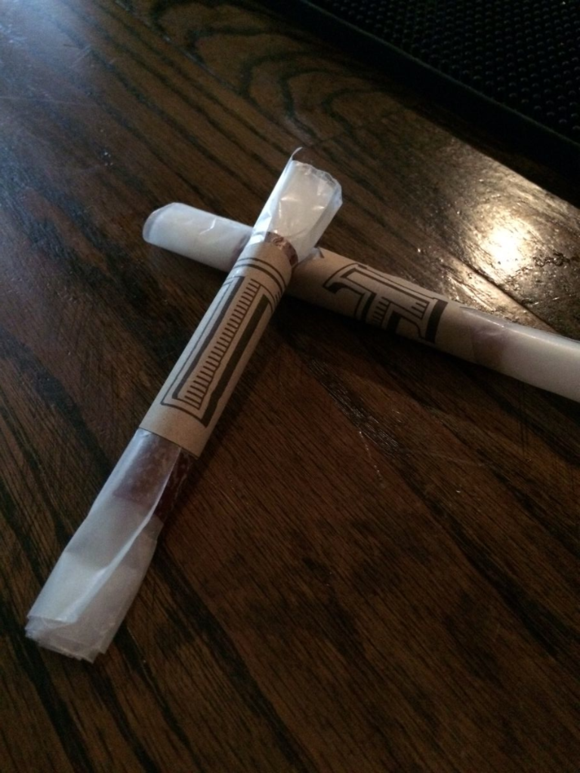 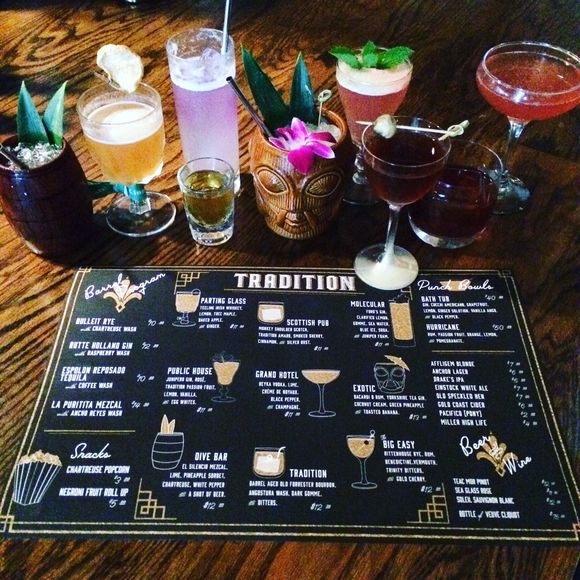