The write-ups are descriptions from the publishers and do not constitute a review. 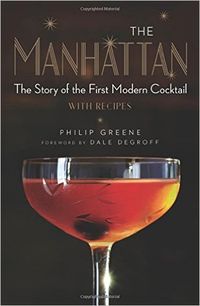 The Manhattan: The Story of the First Modern Cocktail with Recipes by Philip Greene

When the Manhattan came along, it changed everything. As Gotham’s finest watering holes embraced the new concoction, the original cocktail soon became old hat and known as the Old-Fashioned. Cocktail historian Philip Greene expertly traces the evolution of this new drink from its competing origin stories through its continuing influence and extensive progeny, including the almighty Martini itself. Richly illustrated with vintage ads and artwork and luxe photographs, this definitive, illustrated story of the Manhattan also offers 65 easy-to-follow recipes. Classic variations and contemporary updates range from the Brooklyn and the Vesper to the Little Italy and Red Hook. If you’re thirsty for a good story, you’ve come to the right place. 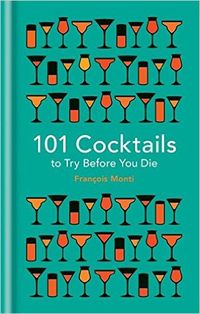 101 Cocktails to Try Before you Die  by Francois Monti (Author)

Brought together in one delightful and informative guide are the top 101 cocktails to try before you die, from the classics (Old-Fashioned, Manhattan, Vesper) to the less well-known (Scofflaw, Irish Mermaid, Bramble).

With fascinating insight, this book takes the reader on a captivating tour through history's most famous (and infamous) cocktails. Each entry comes with a detailed history, entertaining anecdotes and of course a list of ingredients, as well as retellings of cocktail myths and legends. 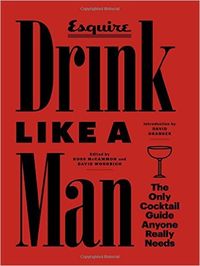 Drink Like a Man: The Only Cocktail Guide Anyone Really Needs by Ross McCammon and David Wondrich

Drink Like a Man distills 83 years of drinking wisdom into this indispensable manual. With more than 125 cocktail recipes and 100 photos, including 13 drinks every man should know how to make, variations on classic cocktails, and drinks batched large enough to satisfy a crowd, it's an essential guide to cocktail making, but also a manual for how to drink. As a host, at a bar, with a friend, on your own—whatever the situation may be—Esquire offers wisdom, encouragement, and instructions. And also a damn good drink.

The Coming of Southern Prohibition: The Dispensary System and the Battle over Liquor in South Carolina, 1907-1915 by Michael Lewis 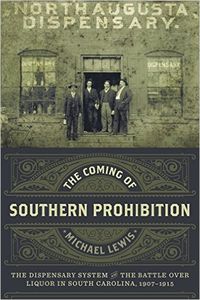 In The Coming of Southern Prohibition, Michael Lewis examines the rise and fall of South Carolina's state-run liquor dispensary system from its emergence in the 1890s until statewide prohibition in 1915. The dispensary system, requiring government-owned outlets to bottle and sell all alcohol, began as a way to both avoid prohibition and enrich governmental coffers. In this revealing study, Lewis offers a more complete rendering of South Carolina's path to universal prohibition and thus sharpens our understanding of historical southern attitudes towards race, religion, and alcohol.

Original and enlightening, The Coming of Southern Prohibition explores a single community as it wrestled with the ethical and financial stakes of alcohol consumption and sale amid a national discourse that would dominate American life in the early twentieth century.

Smuggler's Cove: Exotic Cocktails, Rum, and the Cult of Tiki by Martin Cate and Rebecca Cate 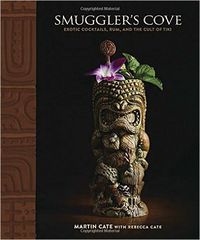 Cast aside your cares and worries. Make yourself a Mai Tai, put your favorite exotica record on the hi-fi, and prepare to lose yourself in the fantastical world of tiki, one of the most alluring—and often misunderstood—movements in American cultural history. Martin and Rebecca Cate, founders and owners of Smuggler’s Cove (the most acclaimed tiki bar of the modern era) take you on a colorful journey into the lore and legend of tiki: its birth as an escapist fantasy for Depression-era Americans; how exotic cocktails were invented, stolen, and re-invented; Hollywood starlets and scandals; and tiki’s modern-day revival.

Featuring more than 100 delicious recipes (original and historic), plus a groundbreaking new approach to understanding rum, Smuggler’s Cove is the magnum opus of the contemporary tiki renaissance. Whether you’re looking for a new favorite cocktail, tips on how to trick out your home tiki grotto, help stocking your bar with great rums, or inspiration for your next tiki party, Smuggler’s Cove has everything you need to transform your world into a Polynesian Pop fantasia.

The United States of Beer: A Freewheeling History of the All-American Drink by Dane Huckelbridge 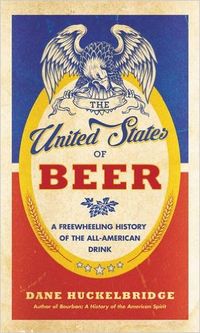 In The United States of Beer, Dane Huckelbridge, the author of Bourbon: A History of the American Spirit charts the surprisingly fascinating history of Americans’ relationship with their most popular alcoholic beverage. Huckelbridge shows how beer has evolved along with the country—from a local and regional product (once upon a time every American city has its own brewery and iconic beer brand) to the rise of global mega-brands like Budweiser and Miller that are synonymous with U.S. capitalism.

We learn of George Washington’s failed attempt to brew beer at Mount Vernon with molasses instead of barley, of the 19th century “Beer Barons” like Captain Frederick Pabst, Adolphus Busch, and Joseph Schlitz who revolutionized commercial brewing and built lucrative empires—and the American immigrant experience—and of the advances in brewing and bottling technology that allowed beer to flow in the saloons of the Wild West. Throughout, Huckelbridge draws connections between seemingly remote fragments of the American past, and shares his reports from the frontlines of today’s craft-brewing revolution.