I'm long overdue to post about the new booze books that have been released in the past few months. Here are a few that have arrived this summer with themes of drinking like a politician, drinking like an adult, drinking Cuban cocktails, and in probably a first for this series, a fiction book about moonshiners.

The descriptive text comes from the publishers (I haven't had time to read all of these quite yet), and isn't a review.

Drink Like A Grown-Up by The League of Extraordinary Drinkers 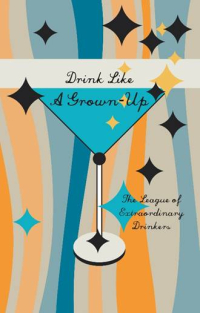 Respect from colleagues and superiors is not gained by drinking like a college student, and a promotion has never been earned by knocking back Mind Erasers or Buttery Nipples in front of the boss. This guide combines history, brands, and recipes in an entertaining way to make even the most naïve drinker a confident drinker. Take it from the League of Extraordinary Drinkers, sipping bourbon on the rocks at lunch and talking about what a great American product it is will surely impress the boss. Also included are chapters on home bar hardware and glassware that recommend tools to make the best drinks and the correct glassware to pour them into.

The League of Extraordinary Drinkers is a highly secretive organization (think Illuminati or the Masons, but better outfits), dedicated to ridding the world of fussy, fruity alcoholic concoctions – one sarcastic comment at a time.

Cuban Cocktails: Over 50 mojitos, daiquiris and other refreshers from Havana 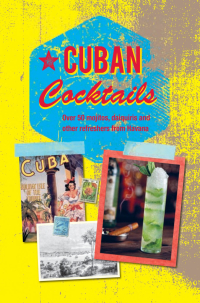 Why did so many of the worlds’ most iconic, innovative, and intoxicating drinks originate in Cuba? The answer has a lot to do with the quality of the rum and the inventiveness of local bartenders.

Get your own fiesta started with these Cuba-inspired cocktails. Start simple with a Cuba Libra and move on to mixing an Anejo Highball, a Cuban Rose, or a Hemingway Daiquiri. Featuring all the modern classics such as Mojitos and Frozen Daiquiris, and revisiting some all-too-often overlooked drinks such as the El Presidente and Ron Collins, you’ll find every recipe here, plus some tasty ideas for bar bites from the cantina to serve alongside them. So come cocktail o’clock and whether you find yourself in downtown Havana or at home, you’ll be able to mix ‘em, muddle ‘em and shake ‘em like a cuban pro!

These two books look at drinking with different political parties.

This election year, celebrate the Democratic Party by drinking like a Democrat! Organized by president, this fun gift book is full of cocktail recipes, bar tips, and hysterical drinking anecdotes from all Democratic White House administrations. Which Southern man drank Snakebites? How did Jackie-O like her daiquiris? Drinking with the Democrats is the bar guide with a twist that all political buffs will enjoy!

This election year, celebrate the Republican Party by drinking like a Republican! Organized by president, this fun gift book is full of cocktail recipes, bar tips, and hysterical drinking anecdotes from all Republican White House administrations. Which president liked to mix whiskey, vodka, and orange juice? Who had a trick for hiding the labels of cheap wine? Drinking with the Republicans is the bar guide with a twist that all political buffs will enjoy!

The Moonshine Wars by Daniel Micko 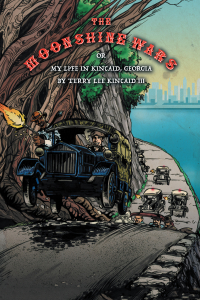 With television shows like Moonshiners breaking into primetime, it is no surprise that bootlegging remains of great interest and significance in popular culture. Even competition between bootlegging families that sparked generations-long feuds is now a profitable enterprise. In The Moonshine Wars, author Daniel Micko tells the untold story of another bootlegging family and explores the dynamics through the eyes of Terry Lee Kincaid III, a young man deeply involved in his family’s moonshine business.

In his premiere novel, Micko explores the contentious relationships that developed as a result of competition within the moonshine trade in rural Georgia in the late 19th and early 20th centuries. Micko’s biracial heritage and Southern upbringing led to a fascination with Southern history, and subsequently inspired his research and creation of The Moonshine Wars. With a background in filmmaking and screenplay writing, Micko also used his own life experiences to emphasize the complex nature of American families during this time in history.

Thank you for the recommendation. I read Moonshine Wars and loved it. Great story. Well written and thought provoking.