Alcademics Book Blog Search Twitter Instagram Clear Ice Facebook Cocktail Green Contact
New Booze for September 2016: Milk Vodka, Cocktail in a Can, Brandy, Amari, and So So Much Whisky
An Interview with Robert Simonson about the Cocktail Renaissance & His New Book A Proper Drink

75 Cocktails to Drink Before you Die in San Francisco 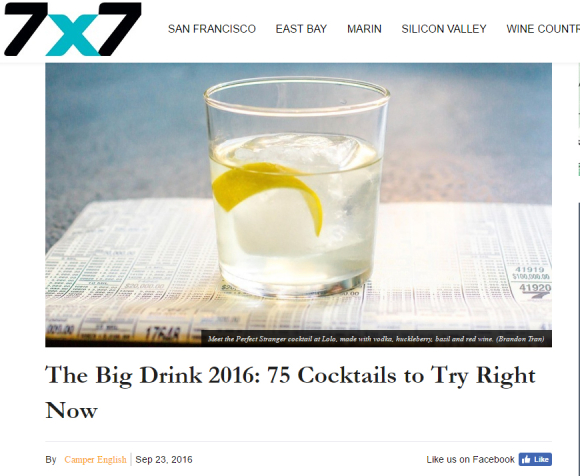 That brought in some fun old newcomers to the list, like the Big 4, Spec's, and Mission Rock, along with new  bars this year including Wildhawk, P.C.H., and The Progress.

It was a lot of "difficult" "research" but think it's a pretty good list. Check it out!