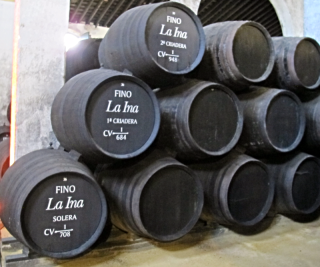 While in Jerez for the launch of the Redbreast Lustau Edition, I had the opportunity to speak with Midleton Distillery Head blender Billy Leighton. Since I had a couple extra minutes, I asked him about the effect of sulfur in barrels used for their whiskies.

As some background, the whisky writer Jim Murray, who seems to enjoy generating controversy to increase book sales, said that sulfured casks are ruining scotch whisky. I don’t know much about the topic, so I asked Leighton if it was an issue.

He said, “The use of sulfur to sterilize casks for shipping or storage is a common practice, but it has to be done carefully. In the year 2000 we stopped the cooperage from using sulfur candles when they’re shipping casks to us. There is always a little bit of a risk of infection or secondary fermentation when you do that. Also, we have only shipped barrels typically between Oct and Feb [the lower temperature months in order to avoid that fermentation/spoilage], though it’s expanding because of [increased sales] volume." 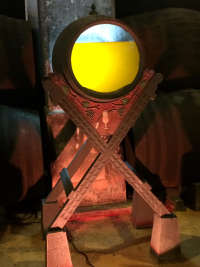 [Irish Distillers has a relationship with the cooperage Antonio Paez to build and prepare their sherry barrels, so they don't buy their casks on the open market. If they did they'd not be able to control/track this.]

He continued, "Historically you would have found a presence of sulfur from time to time. Now we have stopped that for 16 years. We don’t have the same problem certainly in our first fill casks. We could still see some sulfur raising its ugly head again in refill casks [casks purchased before 2000 that aged whisky and then were reused]. And one cask affected with it can ruin a vat. So even now every single sherry casks is personally screened by me."

That’s new info to me, and I thought I’d share.