Alcademics Blog Gin & Tonic Book! Search Twitter Instagram Facebook Clear Ice Contact CocktailGreen
Gifts for Getting or Giving from Bay Area Bars
I Waited in a Long Line for Whiskey, or, A Heroic Tale of Endurance

Within one day I received two separate emails about cocktails made with Cinnamon Toast Crunch. Great minds think alike?

I first wrote about cereal in cocktails in 2013 for Details.com, and I pasted that story below since the website/publication is no longer online.

Below are the two new cinnamon toast crunch drinks, just because. 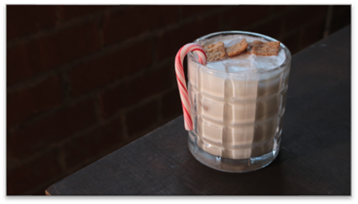 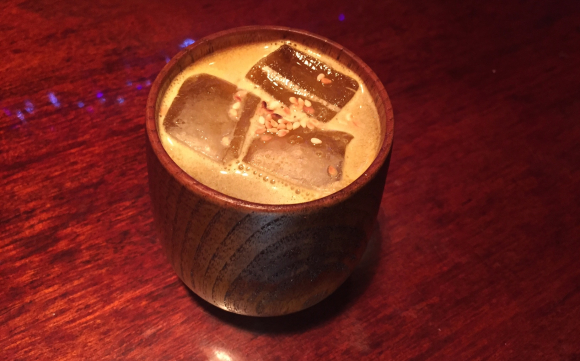 Usually, cocktail-flavor trends fall easily into either highbrow or lowbrow categories: wedding-cake-flavored vodka on one end and intense bitters on the other. But for some reason, both top mixologists and college coeds are going cuckoo for Cocoa Puffs over boxed-breakfast-cereal flavors in drinks.

Sure, there have always been college-bar-style cereal shots like the Cinnamon Toast Crunch, made with Goldschlager, butterscotch schnapps, and Bailey's, but in 2013, we saw fancy bars, even ones that have rules for behavior posted at the door, hawking flavors that sound like they came with a prize in the box. At Le Forum in Paris, for example, the bartenders serve a cocktail called Snyders (supposedly named after a regular customer with a Froot Loops obsession), made with bourbon, maple syrup, and orange bitters—garnished with Froot Loops and served with a spoon. Another rendition called the Tiger Snyder is a vodka and yogurt-liqueur drink served with Frosted Flakes sprinkled on top.

These drinks inspired Café Le Régent in Bordeaux to create the Skye Snyder, with smoky Talisker scotch whisky and a Country Crisp-cereal garnish. In the U.S., Twisted Spoke in Chicago has a brunch cocktail called Breakfast of Champions, made with whiskey-cream liqueur (yes, it exists), bourbon, and whipped cream—topped off with Cap'n Crunch (pictured above). For Saint Patrick's Day, it switches to Lucky Charms.

Many bartenders are infusing cereal into milk or cream, straining it out, and using the flavored dairy in drinks. At New York City's PDT, the Cereal Milk Punch was inspired by the classic Milk Punch, but is made with cornflakes-infused cereal milk, corn whiskey, wheat whiskey, and honey liqueur. Canon in Seattle took its inspiration from the classic Ramos Gin Fizz for its milky Froot Loops-infused brunch drink, the Toucan Gin Fizz. Want more? Music City Tippler in Nashville offers O Cap'n! My Captain! made with spiced rum, chocolate liqueur, Cap'n Crunch skim milk, and (here's where it gets weird) orange juice, served in a Collins glass. Saltbox in San Diego offers the Cinnamon Toast Punch, which has bourbon, cereal milk, maple syrup, ginger liqueur, and chocolate bitters. And the Brooklynite in San Antonio serves a Cereal Milk Punch with pan-toasted Cinnamon Toast Crunch-infused milk combined with applejack (the brandy from apples, not the cereal in this case) and Benedictine. You'll find what is perhaps the highest-brow option at Michelin-starred Pollen Street Social in London, which offers the Cereal Killer with rum, coffee liqueur, white chocolate, chocolate bitters, and Cocoa Pops milk. It's served in a glass version of a lunch milk container. Drink enough and you'll definitely act childish.

A Spoonful of Sugar Helps the Mezcal Go Down

Other bartenders use the familiar flavors of cereal to ease novice boozers into trying sophisticated flavors. At Bergerac in San Francisco, a cocktail bar beneath a nightclub, they infuse Froot Loops into water (rather than milk) and then whip it into a foam to top a drink that also includes coconut-oil-washed Campari, vermouth, and pisco. Bartender Ran Duan at the Baldwin at Sichuan Garden in Woburn, Massachusetts, makes a smoky cereal drink with Cocoa Puffs cream along with mezcal, cherry syrup, and egg white. His reasoning: "We decided to use Cocoa Puffs because it hit a comfort-memory note that a lot of guests could relate to, which made it easier to expose guests to the smoky taste of mezcal." Sneaky? Yes. Delicious? Also yes.

Rather than soaking cereal in milk, some bars infuse the cereal right into the liquor: Miami's newsiest new cocktail bar Broken Shaker makes a Cocoa Pebbles Old Fashioned with cereal-infused bourbon. Russell House Tavern in Harvard Square offers four brunch drinks with cereal-infused spirits. It has committed some wonderful sacrilege by infusing Applejacks into applejack to create the Applejacks Rose, and Cocoa Puffs into green chartreuse (a drink that reportedly has 130 ingredients on its own anyway) for the Cocoa Puff Smash—to be combined with crème de cacao, lemon, and mint.

So far, only one bar has created a drink inspired by cereal but that doesn't actually contain any: L.A.'s Honeycut, a bar-disco run by the guys from New York City's Death & Co., serves a cocktail called Toucan Sam. They say it was designed to mimic the flavor of Fruit Loops, which tastes like kaffir lime and lemongrass. And for those paying attention, that's a cocktail inspired by a cereal that's inspired by ingredients bartenders put into drinks anyway. You guessed it: They're magically delicious.

—Camper English is an international cocktails and spirits writer and the publisher of alcademics.com.

Formerly on the brunch menu as "Bourbon milk punch" a la Shaun Layton, L'Abattoir, Vancouver, BC.
Just going off memory, but something like this…
Bourbon, Becherovka, Cinnamon Toast Crunch infused Cereal Cream, and vanilla syrup.