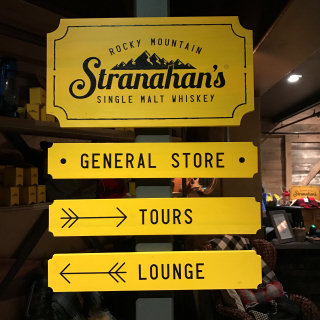 This December, I visited the Stranahan's single malt Colorado whiskey distillery in Denver, in order to partake in the fun and insanity of waiting in line overnight for the annual Snowflake whiskey release.

The previous night, however, we were given a tour by Stranahan's distiller Rob Dietrich.

Stranahan's was launched by Jess Graber, who along with George Stranahan came up with the original recipe and product launch. This was back in 2004-2006, and in 2010 the brand was sold to Proximo (created by Jose Cuervo and owner of stylishly-branded brands including The Kraken rum and Boodles Gin).

In Denver, there is clearly no animosity towards Proximo's ownership, as the Snowflake whiskey release events show. Likewise, Jess Graber's newer whiskey brand TinCup is "finished" at Stranahan's (and I believe owned by Proximo), so that relationship remains in good standing as well.

Stranahan's is an American single-malt, meaning it's distilled from 100% malted barley. The barley they use is mostly a "bulk" barley, plus three other "specialty" barleys making up their custom recipe.

The barley is milled on-site, then put into the mash tun to extract sugars for fermentation. Water is added. Next it goes into a "boil kettle" that kills bacteria/sterilizes it basically. This is not typical in bourbon or scotch production, but comes from the facility's historical use as a brewery. This is the stage at which hops would have been added.

I'm guessing that between what they call the mash tun and the boil kettle, it's doing the same thing as the mash tun and wash back of scotch whisky (soaking the grains and washing out the fermentable sugars with hot water), minus the filtering of the liquids (which at Stranahan's comes in the next step).

Then it goes into a "whirlpool," another brewery tool, which spins it to separate the liquids from the solids and gets "clean distiller's wort" out of it. Fermentation is in closed-top, temperature-controlled stainless steel fermenters that are 5500 gallons in size. These also come from the former brewery. The yeast Dietrich says is an unusual strain, chosen not for producing high alcohol content necessarily, but for flavor production. Fermentation lasts six days. The ABV after fermentation? They won't say. 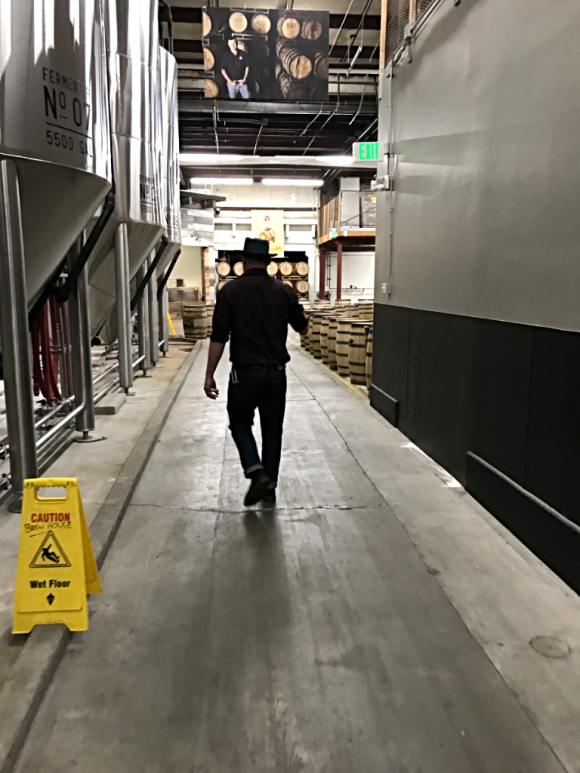 Interestingly, the water they use for fermentation is charcoal-filtered city water, while the water they use to dilute post-distillation to barrel-proof and bottle-proof is Colorado Springs mineral water. Typically, it's the other way around - the "special" local water is used for fermentation, then the reverse osmosis filtered city water is used for the rest. Interesting.

After fermentation, they suck out everything except the spent yeast and keep it in the "wash storage" until they're ready to distill it.

As you can see, both sets of stills are pot-column hybrid stills. If I recall correctly, Dietrich said their hybrid still was the first of its type used to make whisky in the state. 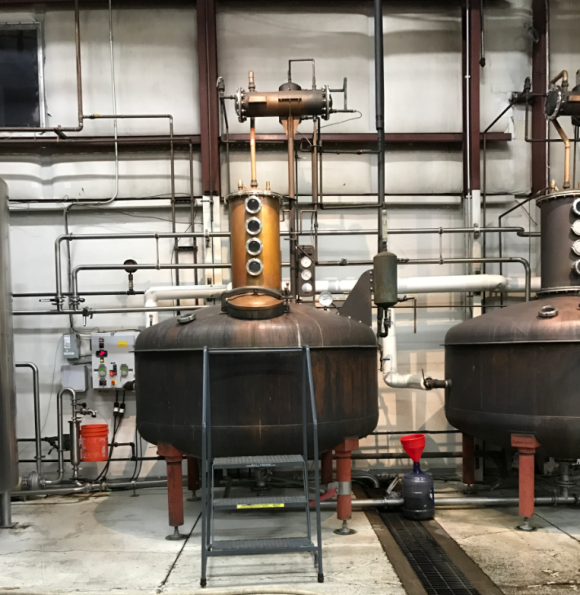 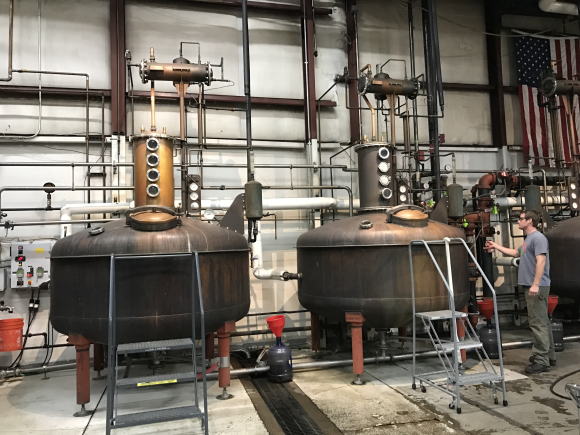 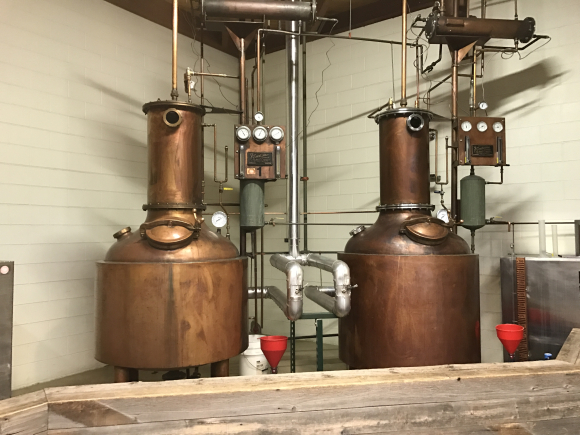 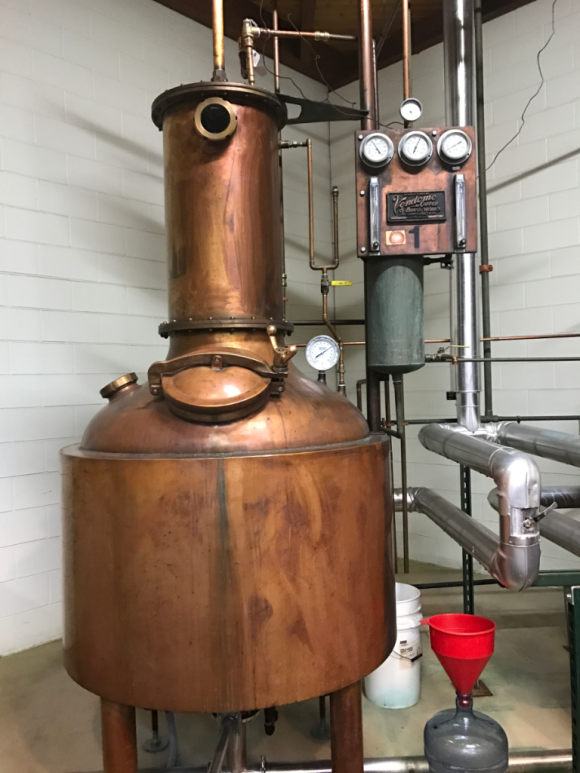 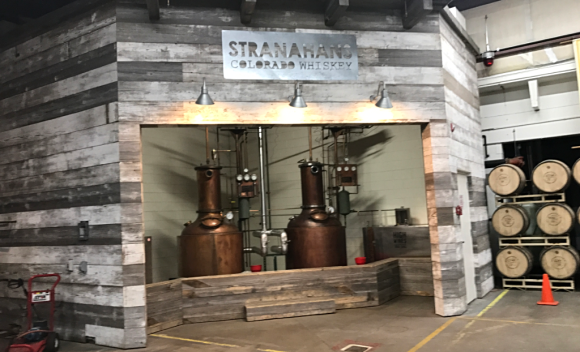 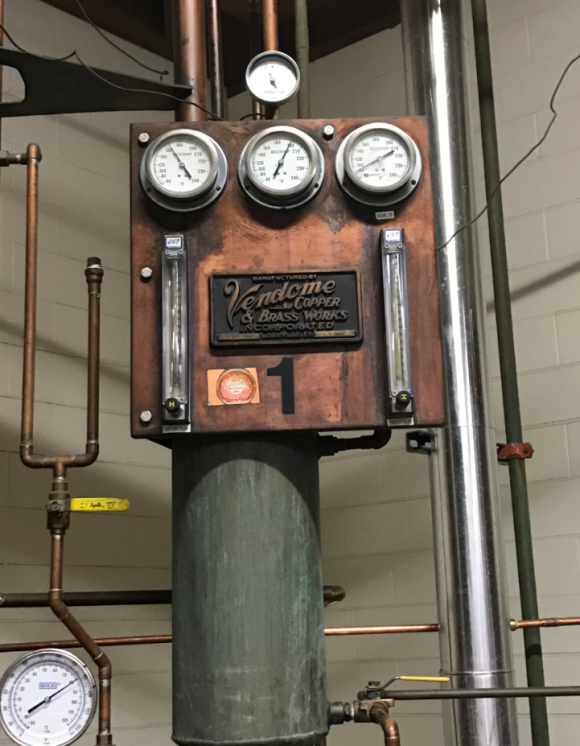 The spirit is then diluted with water from Colorado Springs and put into the barrels at 110 proof (55%).  Amazingly, this spring water for barrel and bottle proofing is El Dorado Springs water, purchased in 5-gallon bottles, same as you'd buy for the water cooler in your office. There was a huge rack of them in the distillery. So I guess if you wanted to make matching ice cubes or bourbon and branch water, you'd know exactly which water to use.

In Colorado's weather, the alcohol percentage rises in the barrel, so after 2-3 years it comes out of the barrel at 114-166 Proof.  The barrels are all new oak barrels, toasted first then charred with #3 alligator char by Independent Stave.

After aging, the spirit is put through a 5-micron filter just to keep out barrel char, then diluted with water from Colorado Springs for bottling. None of the whiskies are chill-filtered. 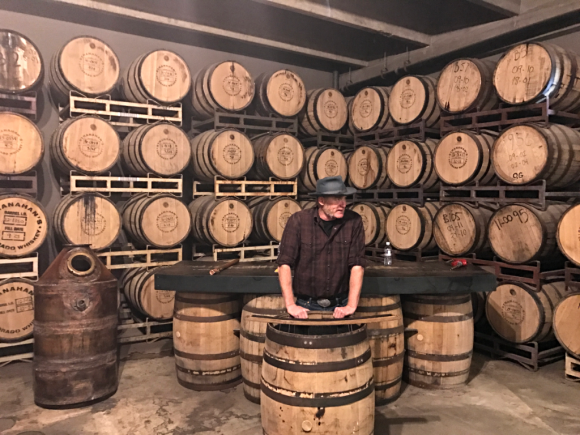 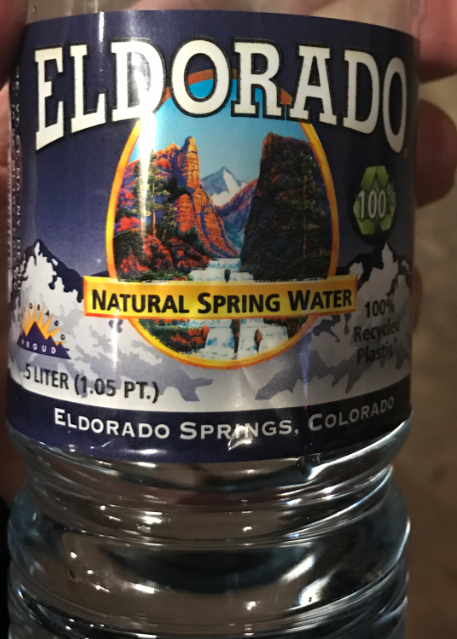 The three Stranahan's releases are distilled the same way - same recipe and process. The difference between them is in age and finishing.

The Stranahan's Original single-malt is aged a minimum of two years in new American oak barrels. The majority of the liquid is two years old, with some 3-, 4-, and 5-year whiskey blended in.

The Snowflake whiskies are annual releases first aged in new American oak barrels, then finished in a variety of casks that held other wines/spirits and blended. Those are available for one day and then gone for the year. 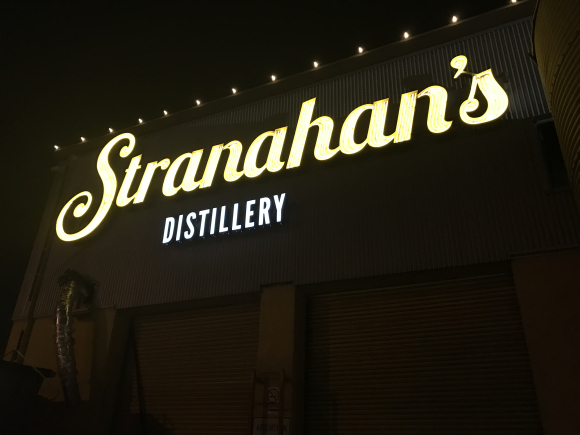 "I'm guessing that between what they call the mash tun and the boil kettle, it's doing the same thing as the mash tun and wash back of scotch whisky (soaking the grains and washing out the fermentable sugars with hot water), minus the filtering of the liquids (which at Stranahan's comes in the next step).

Then it goes into a "whirlpool," another brewery tool, which spins it to separate the liquids from the solids and gets "clean distiller's wort" out of it."

Most likely, the liquid (sugar-rich wort) is separated from the barley grain in the "Mash/Lauter Tun", shown in the first picture. The liquid is boiled, and then whirl-pooled to separate out what's called 'trub', protein-related scum and other matter which is precipitated from the wort during boiling. This gives a clear (meaning not cloudy) wort, which Japanese single malt researchers have linked to producing a fruitier spirit. Many Scottish or other single malts are produced from cloudy wort with the belief that the cloudy wort produces a richer, meatier spirit.

Thank you! Do you know if this liquid clarification is something done in beer as well? All the equipment is leftover beer stuff so I think it must serve a purpose for beer.

Yes, whirlpooling is done in beer making for the same reason, with the added aspect of needing to remove the hops which have been boiled with the wort. Basically everything gets spinning which causes the trub and other matter to collect in the center of the whirlpool, and then the wort is drawn off from the side of the tank.