Drinking the Drinks at Babu Ji in San Francisco

Last week I had a chance to try the cocktails at the new Babu Ji in San Francisco, the second US location of the restaurant created by Jessi and Jennifer Singh, who first met each other in the Mission District where it's located.

For those who might remember, Babu Ji is in the former Conduit restaurant space on Valencia near 14th,  which has turned over a couple times since then. Ahh, Conduit.

Luckily, this new incarnation (minus all the decorative piping) lives up to Conduit's cocktail legacy - I believe it's the first restaurant in the space to give them proper attention since then. The cocktail list was put together by Dane Campbell, a sommelier who assembled the wine list for Babu Ji's New York location. Campbell told me he didn't come to San Francisco with the intention of doing the drinks list (nor moving here entirely I believe), but that's just how it worked out. As a Booker & Dax fanboy, Campbell has been playing around with some molecular-style techniques and has a few ideas in mind for future menu drinks/techniques after things settle down a bit after the opening.

In the meantime, the menu consists primarily of accessible-but-not-dumb cocktails with nods to Indian flavors in most. Everything is a little bit familiar and a little bit interesting. Let's do this:

Campbell says, "Chaat is Punjabi street food that's a salad of anything, so this is a muddled fruit salad touch of sherry and absinthe." The drink is very much a fortified oloroso sherry drink. 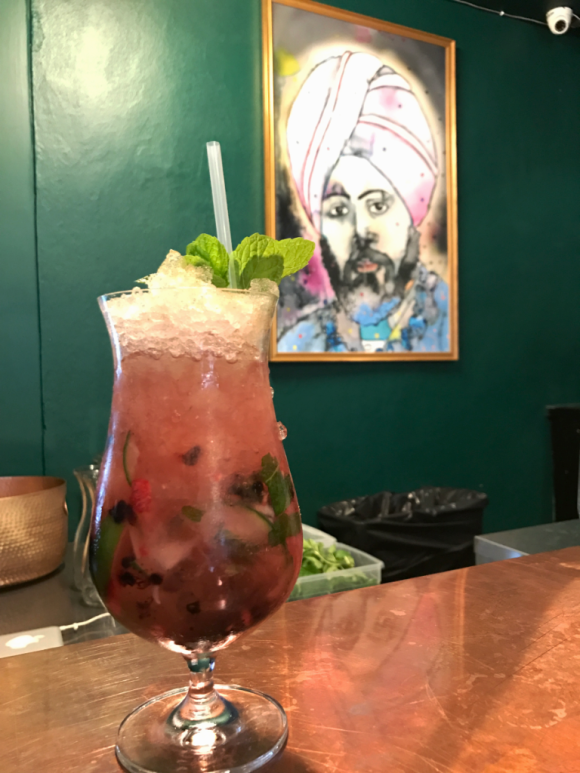 It's a beet-flavored mezcal margarita, with the big mezcal and beet flavors softening each other. 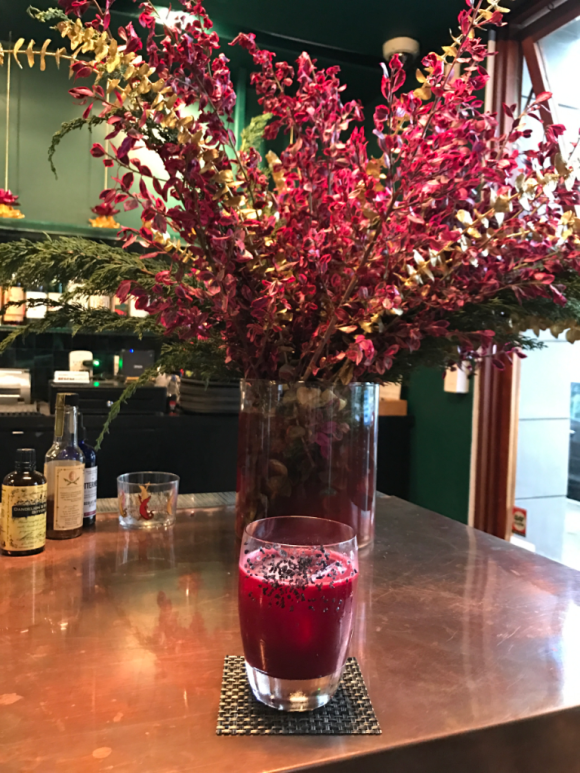 Named after a local farmer's market in Melbourne. Sort of like a Chrysanthemum boozed-up with gin. 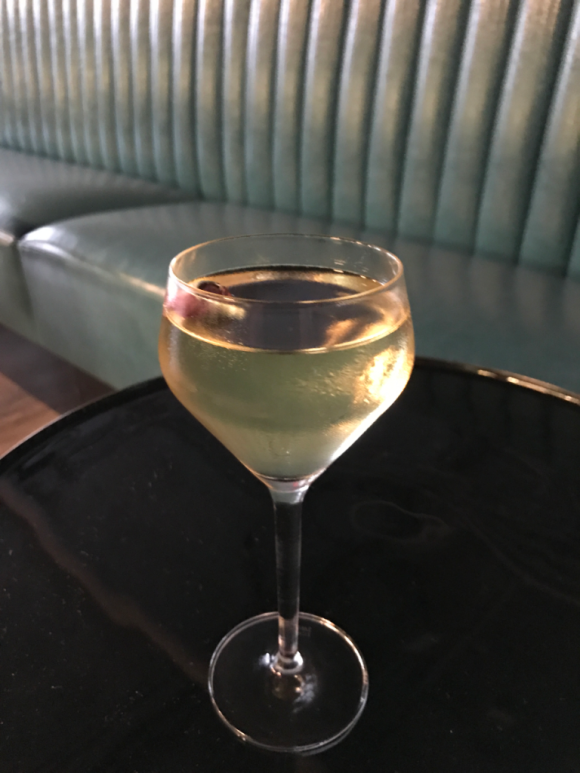 Referencing Indian soldiers who kept a stash of rum in their canteens, this drink is a citrusy rum drink with enough kummel to make it interesting and mukwas (candied fennel seeds) on top to make it pretty. This was in my top three favorites here. 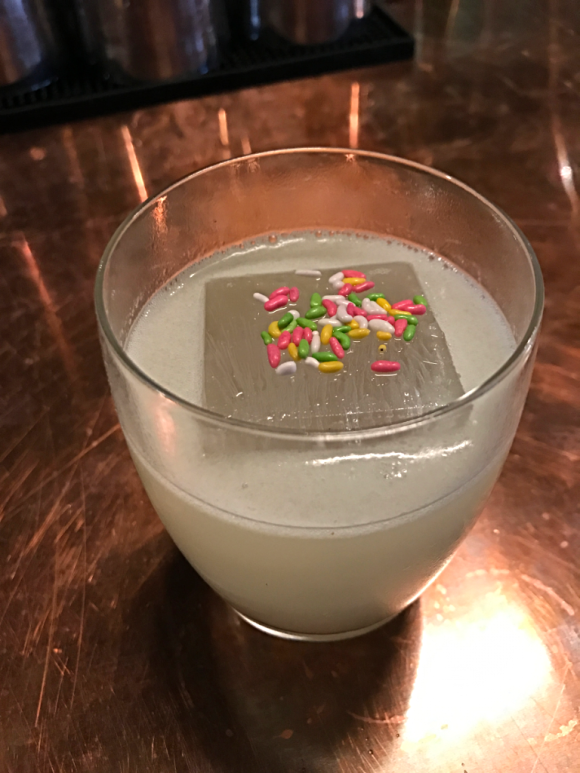 I didn't expect to like this sour so much, but so be it! Another in my top three. 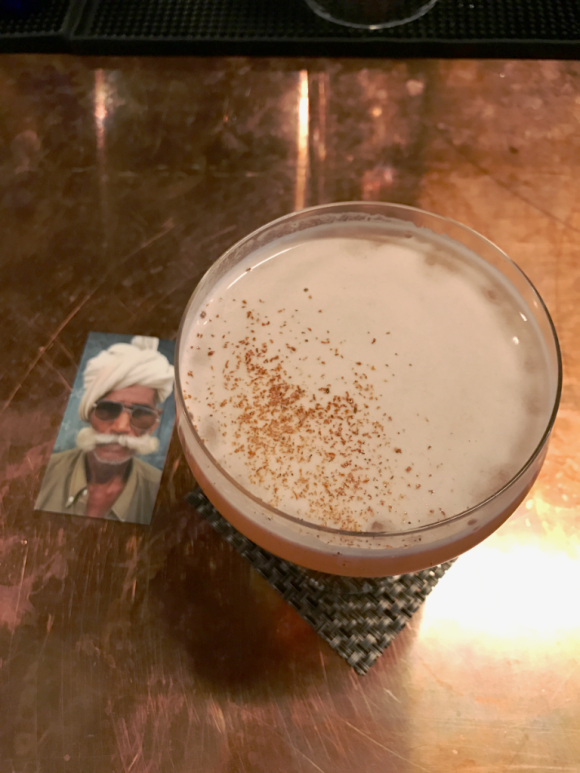 Meaning basically "Uncle's afternoon tea, " This is a Manhattan riff with masala chai syrup. I tried to catch a picture of Campbell flaming the orange zest atop the drink, but then we both decided that the internet probably has enough flaming orange zests in it. 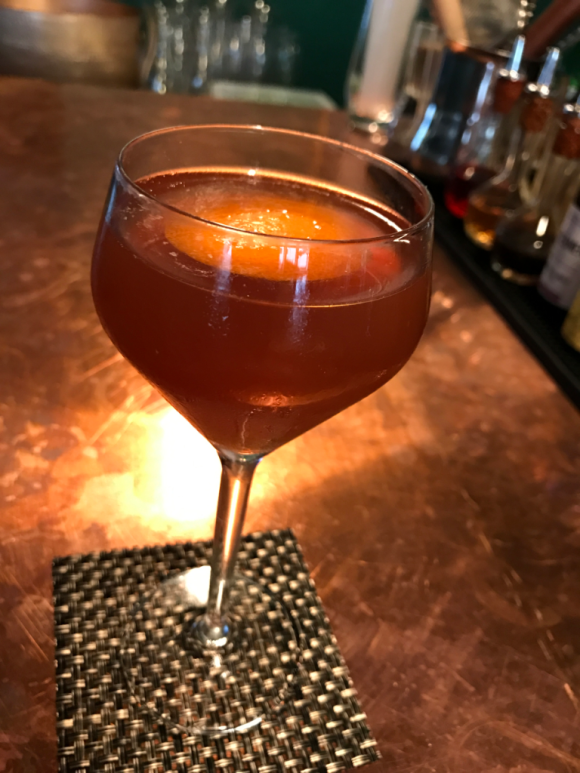 Meaning basically "strong drink," this one has all the trendy flavors and formats in one: banana and cream  of coconut with pineapple and a mixed base of rum/scotch. Also, it's really good. The third of my top three picks. 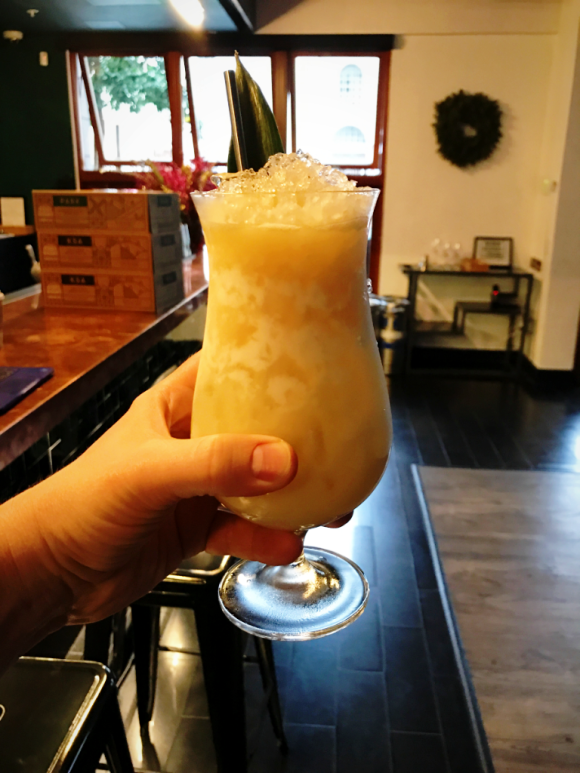 So that's all but 3-4 cocktails on the menu. A great start to the program and I'm very tempted by the things Campbell says are soon to come. Rumor has it the food is worth eating too :) 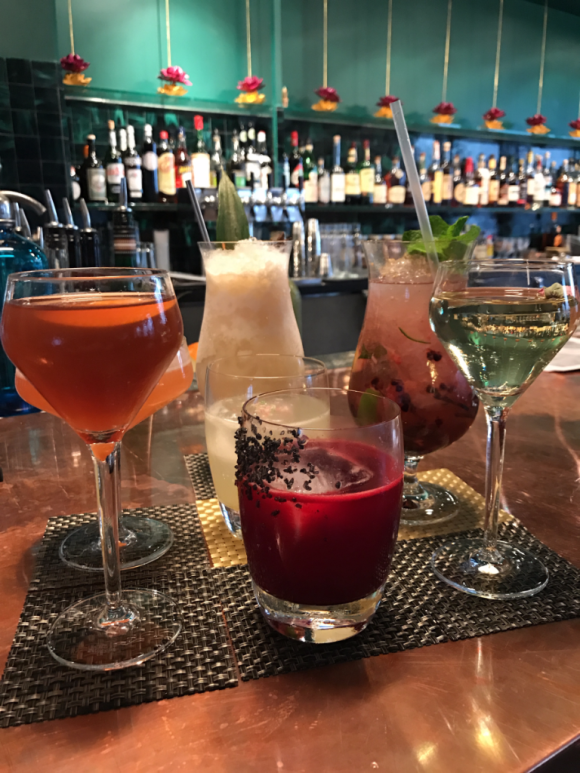 For the record, Mr. Campbell didn't put this list together. I did. I surely hope he's not claiming otherwise. None of the drinks you posted here are his creations. Very glad you like them though.

Thanks for the information, giving proper credit is important. This visit was quite a while back so I don't remember how it was framed other than what I've written here.