What to Drink When You're Not Drinking, According to Bartenders

It's January, and maybe you're taking a break from drinking so much or maybe you've resolved to drink less. Here are some suggestions on what to drink instead.

I asked my bartender pals on Facebook what they drink when they're not drinking alcohol. I didn't expect 100 of them to reply! I put them into various categories mostly based on their first answer to the question. There are some conclusions at the end. It is very long. 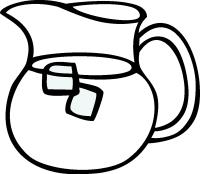 Daniel Castro of La Banane in  Toronto, Ontario:  Water. I'm getting older, I get migraines, and so looking after my health is #1. Herbal, peppermint tea is another go-to.

Nonna Titulauri of Hakkasan San Francisco: If I'm out but not drinking, if I'm at a restaurant bar, I either drink hot/cold tea or a coffee beverage. And if I'm at a single standing bar, I just drink water with no ice. I like to keep it simple. I often times go visit my friends after my shift at bars where they work and just have a glass of water.

Chris Grimm of Sugar & Olives, Norwalk, CT: I try to drink a couple of litres of water, during a shift. My non-alcoholic, non-water go-to is Pellegrino Pamplemousse. 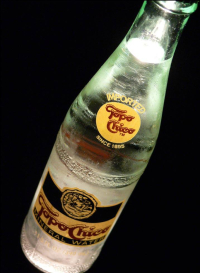 Mindy Kucan of Hale Pele Portland, OR: Topo Chico!!!! I always have a case of topo in my car! Iced tea- sometimes I sweeten it. Black tea, golden milk, and I make this coconut water-banana-cocoa powder-Hawaiian sea salt smoothie that does the trick.

Pamela Wiznitzer of Seamstress, NYC: Topo Chico when available. Otherwise, I drink loads of tea and very into matcha these days!

Brad Bowden of Lounge Here Dallas, TX: Topo Chico for sure! HOLY Kombucha is up there on my go to list.

Donnie Pratt: Tap water, Topo Chico or Mountain Valley Springs and espresso 1000 Faces out of Athens, GA are my favorite.

Stuart Humphries of The Pass & Provisions, Houston, TX: Topo Chico, a highly effervescent agua mineral hard to find outside of Mexico and Texas, goes great with everything, esp. tacos and hangovers

Greg West: Topo all the way. Topo with hint of lime. So good.

Kyle Zimmerman, Hutch on Avondale, Oklahoma City: Topo Chico with bitters and an orange slice. I feel like the minerality of topo really plays well with the bitters.

Will Croxville: Topo Chico if possible, but if not just regular old seltzer water for me.

Sodas or Soda Water with Splashes of Something

Paul Russell of Hugo's, Portland Maine: Cinotto by San Pellegrino. Also, what I call the hydrito...an N/A mojito with a heavy hand of ango.

Danny Ronen, Consultant: I go for effervescent with little to no sugar, so:  Perrier Grapefruit, Coconut water (preferably the one Robert Pallone has been working on for the past few years, it's so GD delicious and some of the lowest sugar content i've seen), Hot water, fresh lemon juice (neighbor's tree).

Tony Morandi of 900 wall/the Capitol. Bend OR: Coffee. Half soda water/half water. Tea is awesome mid day and night. Veggie based smoothies. Coconut water. But for special occasions, well made/ interesting sodas in limited quantities. Made a pineapple allspice soda the other day that was killer

Jason Laidlaw of The Shameful Tiki Room, Vancouver: Water, splash of pineapple if I need an energy boost (and the opened can(s) of soda water at the end of the shift. Not at work: coconut water (no added sugar), kombucha, water.

Josey Packard of Bar Mezzana, Boston: I make a tamarind syrup that has brags vinegar in it, a no-sugar St John's "syrup," and a sarsaparilla syrup.

Kailee Asher of Counter Intuitive/Undertow in Phoenix AZ: I'm pregnant right now so no drinking for a while...  Clausthaler N/A beer, club soda and ango, dealer's choice N/A cocktail at a cocktail bar - had a really good smash at Otium in LA!

Francis Schott of Stage Left & Catherine Lombardi a restaurants, New Brunswick, NJ: Blenheim Ginger Ale (not-so-hot) out of the painted glass bottle (never plastic) or Elderflower syrup and soda. 2 oz in 6 oz seltzer- my favorite brand is Austrian by Nikolaihof. Elderflower syrup in German is Holunderblütensirup (available through Michael Skurnik Wines). Fun to drink - fun to say. I keep a bottle in my refrigerator at all times.

Ben Johnson of The Imperial Life, Asheville, NC: I find myself drinking a lot of Coke, or specialty soda in general. When I go out to eat or to a bar, my go to is almost always Peach Nehi soda if they've got it (and most places in Western North Carolina do). I'll also crush a soda water with lime after a long shift. And if I'm at a real dive, I'll generally go for a grapefruit juice (out of a can) and soda, as it looks more like a drink. There's really no reason to be at a dive bar if you're not drinking, so I find it best to mask it at these types of places. 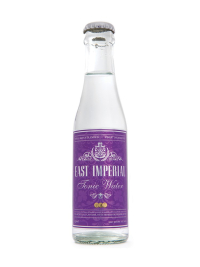 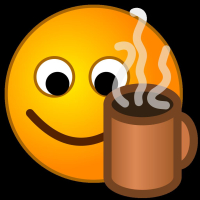 Fred Yarm of Loyal Nine in Boston: My number one nonalcoholic drink is coffee, hot and black, although I have no problem drinking it room temperature such as during a shift or if I have left overs from yesterday's pot. Otherwise, the majority of my nonalcoholic drinking consists of water either still or sparkling. And medicinally (besides its use for making Bucks and Mules), ginger beer such as a ginger-forward one like AJ Stephens is my go to.

Anthony DeSerio:  Coffee... lots and lots of coffee. Verners ginger ale when i can get it.

Or Geshury: Espresso tonic. Cold brew from coconut water. Jasmine green speedballed with chamomile/peppermint depending on the time of day. Coconut water + activated charcoal + sea salt (hangover preventative). Fevertree sodas. Mexicoke. Bitters lime and soda when at a bar and not drinking. 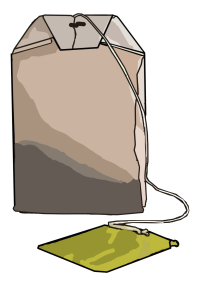 Bill Brooks,  The Cannibal Liquor House, Manhattan: I am a big fan of sun tea in the summer. I have 2-3 empty clear growlers that I fill with water, various fruits (watermelon, lemon, raspberry, peaches, etc), spices (mint, lemon verbena, basil), and some really good quality tea. Leave it out in the sun for a couple of hours and I will go thru a jug every 2-3 days. Love my sun tea.

Bethany Ham:  If it's cold out - green tea with honey and lemon or chai tea with a little hot almond milk.  If it's hot out - bitters and soda #ftw, iced tea or ice water with a splash of fresh sweetened ginger and ango.

Matthew Rowley, writer: For me it's tea. Iced tea all year and, when the mercury dips, hot tea in an old 500 ml West German beer stein. First one goes down usually before dawn. Second by 7am or so. A third only if I'm not going to the gym that day. Between hot and iced teas, I usually dispatch 2-4 liters per day.  I may have a tea problem.

Tim Morrison of 4th Street Bar & Grill, Lake Mary, FL:  I'm a tea addict. Hot or cold or any kind. I go thru more unsweet iced black tea than anything.

Niquito Constan: mate-cocido (a famous argentinean infusion) with milk and mascabo (red sugar), coffee with milk and honey, ginger beer whenever I can lay myself on one. I tend to mix tonic with juices. Homemade guarana soda, or homemade pomegranate with soda! From time to time I go full on zombie mode and drink guarana flavoured energy drink called V.

Jen Ackrill, Top of Waikiki, Hawaii: Technically when I'm "not drinking" I'm drinking Dolin Blanc with soda and a grapefruit zest, but when I'm NOT drinking it's Yogi Egyptian Licorice Tea, hot or cold! 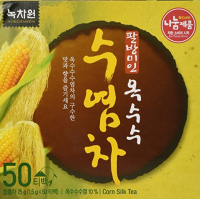 Blake Pope of Kindred, North Carolina: Switchel.  It's composition is incredibly simple - usually, just three ingredients: seltzer, apple cider vinegar, and either honey, molasses or maple syrup. I love the simplicity. Kindred currently has a pomegranate switchel on tap and I can’t get enough.

Thor Bergquist of PS40 in Sydney, Australia:  Smoked lemonade made in house

Leilani Vella:  I don't find the trade of sugar for alcohol to be a healthier choice. So kombucha, bitters and soda, lemon grass mint tea, orange slice with fresh mint a splash of lemon juice and soda, or fresh juiced ginger, lemon apple and greens.

So if you wanted to take something away from this, here is what I see. Bartenders like:

Thought I'd toss in my vote for all of the Ginger Beer. I was on some antibiotics last year for several weeks and I swear I tried every ginger beer available in BC. Favourites would be (in no particular order) Q Ginger (balanced), Old Tyme (spicy), and Reed's (fruity with their addition of pineapple).
-Nich Box, Vancouver and Edmonton

I haven't tried Old Tyne - will have to look for it. One that doesn't get mentioned much is Maine Root - super delicious and spicy, but not as easy to find. The ones from Fever Tree are also pretty bold.

But for the most part, every time I have ginger beer I want to add some booze to it, since it's the rare mixer that goes with every spirit.

Right?! Just makes me wish I was having a Dark 'n Stormy or Mamie Taylor.

I've been coffee obsessed for about as long as I've been food and cocktail obsessed. I went so far as to recently talking the owners of the 24 hour Italian Cafe I hang out at into hiring me to learn coffee while we start the process of building a small cocktail bar in their underutilized back room. So you could say I'm currently breaking from tending bar to learn the ropes as a Barista and then to bring that full circle with a tiny bar focused around Italian coffee, aperitifs, and low abv cocktails.

It really took me going to Florence to 'get' the whole 'coffee bar becomes cocktail bar at night' thing, but now I'm all for it.

No lie, I haven't had a cold in nearly two years and I think its because I drink a ridiculous amount of iced tea without sugar.

I hardly ever get sick either, but I think it's because I stay away from small children and don't have coworkers with children. Children are like whirling germ-tornadoes. No amount of iced tea can defeat them :)

Hi Camper,
Do you know any tasty smoothie recipe similar to list above that you can make while traveling?