Detroit! Join me for a Gin & Tonic event on January 29 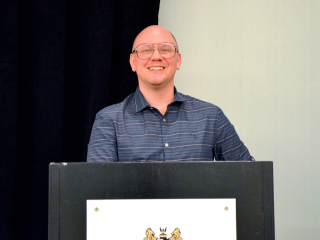 Citizens of Detroit, I'll be coming to your fair (and cold) city for an event at Sugar House on January 29.

Bartenders of Detroit, I'll also be speaking on a different topic at a USBG event at Bad Luck the next day, January 30.

At this event guests get a copy of my book and 2 drinks for $30 total.  Buy tickets here.

Join us in welcoming Camper English to Detroit to talk about his new little book on the Gin & Tonic. The recipe of this cocktail classic is simple enough (the answer is in the name- so he didn’t bother putting it in the book) but the drink has a long and hilarious history involving Dr. Seuss, the Bubonic Plague, cats airdropped onto Borneo, the invention of the color mauve, cobweb-sucking, blood-drinking, and the Panama Canal. It’s a cool story. Camper will be telling tales from the book while you’ll be enjoying cocktails.

- Meet and greet with Camper English starting at 5pm.

- A fun talk by Camper on his new book.

- Book signing after the presentation.

Camper English is a freelance booze journalist and the man behind Alcademics.com. He has written for publications including Saveur, Popular Science, the San Francisco Chronicle, Fine Cooking, Cook’s Science, Whisky Advocate, and Imbibe, and has been the North American poling coordinator for the World’s 50 Best Bars list for several years. Camper has visited over 120 distilleries, blending houses, and bodegas in more than 20 countries, judges cocktail contests internationally, and is a popular speaker at cocktail conventions around the globe.

This is an event just for members of the local USBG chapter. Register here.

Members! Join us on Monday January 30th as we host Water on the Brain with Camper English

In this nerdy talk on water in spirits and cocktails, we’ll look at some of the ways water matters and some ways it doesn’t - no matter what the marketing departments say. When making spirits, water is added during fermentation, distillation, and barrel- and bottle-proofing, but not all of that water is created equal. We’ll study sources and styles of water, survey some innovative uses of good old H2O, get technical about dilution (should you add water to whisky or whisky to water?), call into question the concept of “bourbon & branch,” and do a super cool tasting that demonstrates the massive impact a small change of water can make. Finally we’ll get bubbly examining carbonated water, both commercial and homemade, and propose some experiments to keep you busy long after the talk.

Camper English is a freelance booze journalist and always “that guy” on the distillery tour with the never-ending questions. He has written for publications including Saveur, Popular Science, the San Francisco Chronicle, Fine Cooking, Cook’s Science, Whisky Advocate, and Imbibe, and has been the North American poling coordinator for the World’s 50 Best Bars list for several years. Camper has visited over 120 distilleries, blending houses, and bodegas in more than 20 countries, has judged cocktail contests internationally, is a member of the United States Bartenders' Guild, and passed the 5-day B.A.R. course. His website is Alcademics.com.

I hope to see/meet you at one or both events!