Forgive me, I struggled with that headline.

Hey, I found these new kind of ice cube trays (on my regular search of new ice cube trays) that are pretty fun, if not totally clear. (I tried to hack them to make them come out clear, not very hard, but it didn't work.)

They're animals on top of ice cubes so that they float above the surface of your drink. It's like they're stranded on the rapidly-dissapearing polar ice caps- ADORABLY!

As your friendly neighborhood ice reviewer, I felt it my duty to purchase and test these trays. I bought two of them - a larger one and a bargain model. First, that latter.

The Fivebop Silicone Polar Ice Cube Molds come in Penguin and Polar Bear shapes. They only cost 13 dollars on Amazon (follow that link). They are smaller than the Monos brand ones - so if you put them in a warm drink they might not last long. I suspect that they're not quite as sturdy as the other ones but they worked well enough! 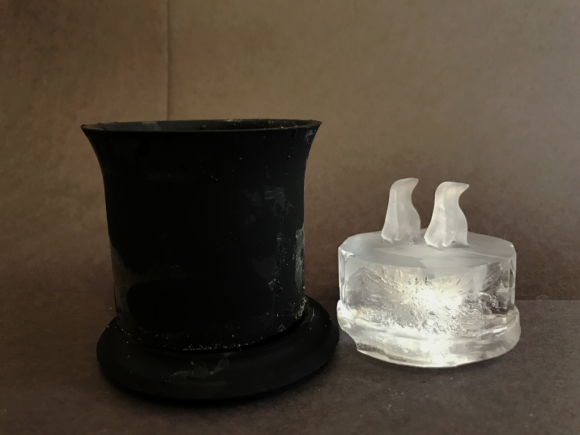 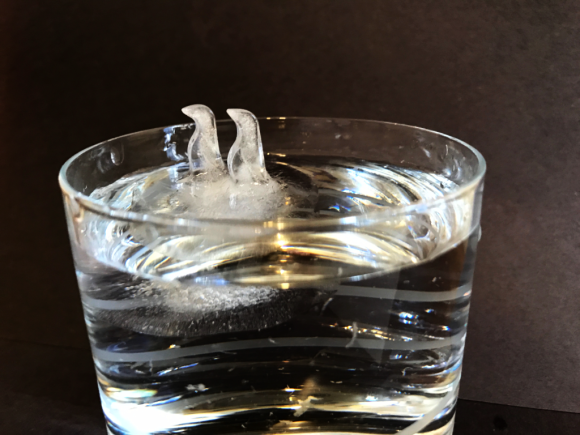 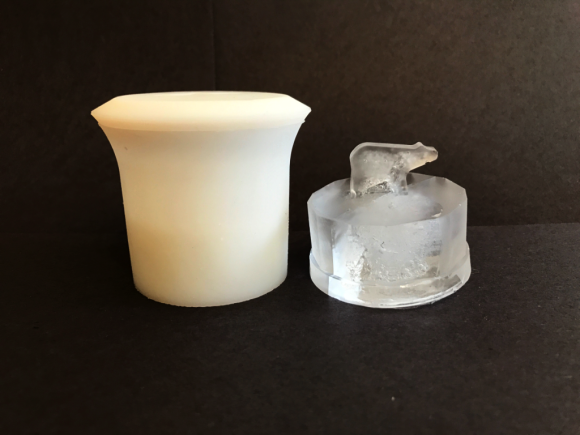 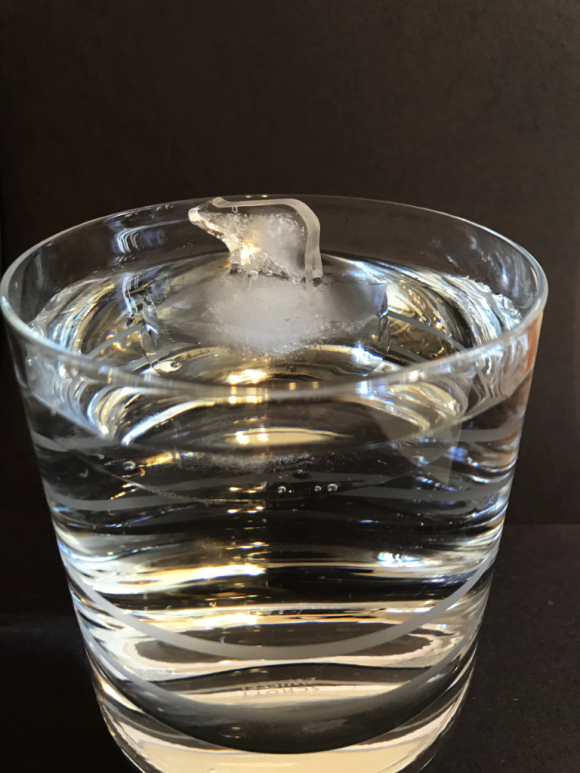 The monos 3D Ice Cube Mold Savanna comes in two versions: Lion & Hippopotamus Set and the Elephant & Gorilla Set. (They also have a Penguin and Polar Bear set that looks exactly like the Fivebop one but it's not available - not sure what's up with that.) I bought the Lion and Hippo one, as you can see from the below. 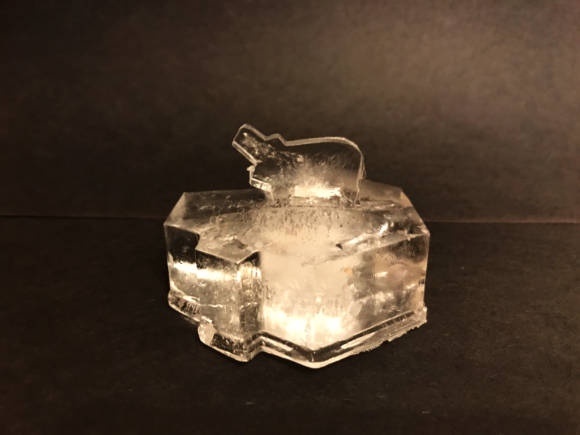 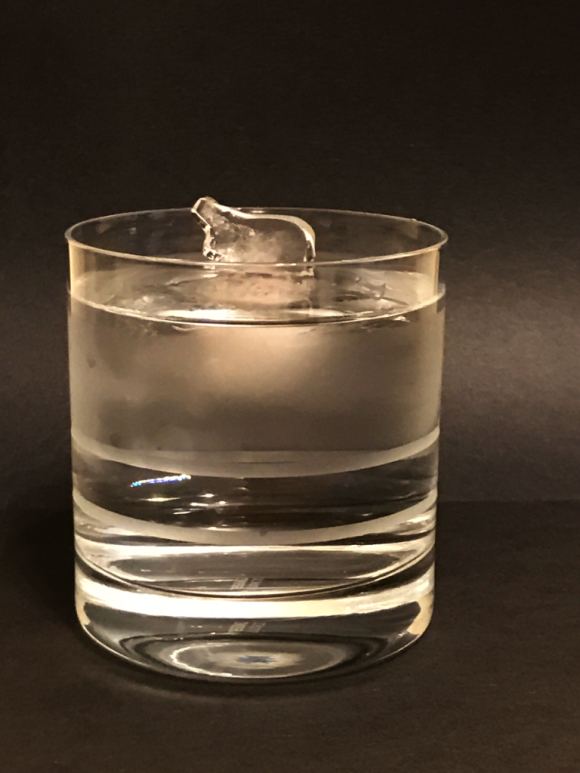 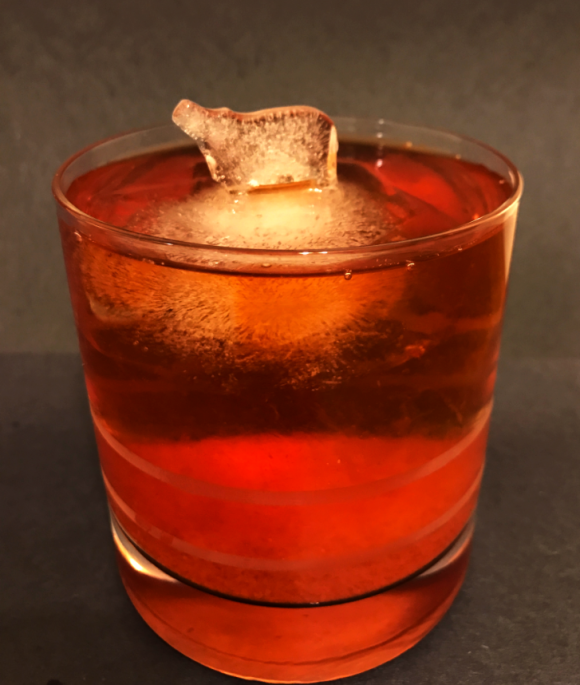 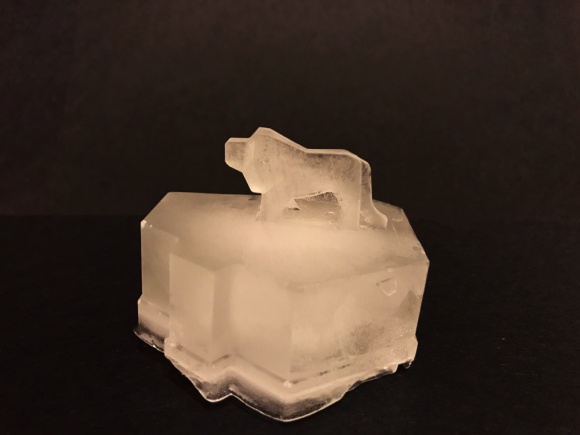 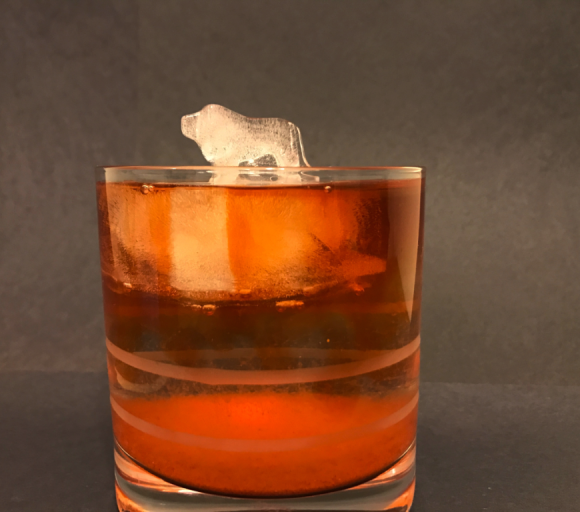 For all of the ice experiments on Alcademics, including how to make perfectly clear ice with Directional Freezing, see the Index of Ice Experiments Page.

Why can't you get them clear?

The animal part is on the bottom of the mold, so you'd need to freeze it upside-down for directional freezing to work. The covers aren't tight at all, so the water dumps out if you do so.

My next attempt could be to put the whole thing upside-down in a bucket/cooler of water, but I think then the mold would either sink, or drain slightly into the cooler/bucket. The animal part is maybe a quarter ounce of liquid, so it would be challenging to prevent that tiny amount from draining.

Not saying it can't be done, just that I didn't try that hard to accomplish it.