The Rebujito is a simple highball served in the sherry region of Spain. It's typically an equal-parts mixture of fino sherry with lemon-lime soda - usually Sprite or 7-Up; served over ice. Around Jerez you'll see branded pitchers with one of those two soda brands on them.

I decided to try out a variety of lemon-lime (or just lemon) sodas to see which was best to go with sherry in the drink. 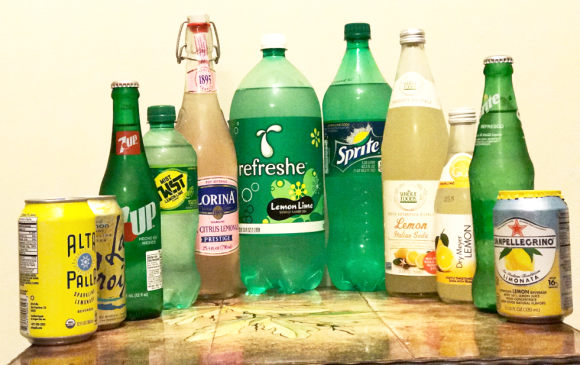 As a constant, I used Tio Pepe fino sherry. It's one of the most popular and easy-to-find sherries, plus I had the brand send me a couple of bottles for my experiments.  Tio Pepe is yeasty, only slightly nutty, with a touch of sweetness, and has that typical musty finish of fino/manzanilla sherries.

Testing the Citrus Sodas (chilled; on their own)

Mist TWST (HFCS): Flat Sprite (it was a little flat)

Refreshe (HFCS): More the lemon side of lemon-lime

Sprite (HFCS): Not as much sweetener or flavor in general, maybe some ginger?

Next, I tested each one with equal parts Tio Pepe. 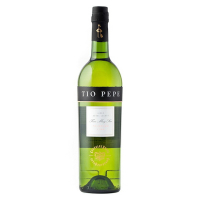 Mist TWST (HFCS): Soda is too bright/powerful and fights against natural flavor of sherry

Refreshe (HFCS): I think it needs more lime aspect for a Rebujito

Whole Foods Lemon Italian Soda (sugar): That celery flavor sticks out again. So it's more like a celery Rebujito. It's not bad... just not what I was looking for.

La Croix natural lemon  (no sweetener): sparkling water with a sherry back. gross.

Top Sodas: (re-tasted with ice in a larger portion)

My top four sodas were all sweetened with sugar rather than high fructose corn syrup: Mexican Sprite, Mexican 7-UP, Lorina Pink Citrus Lemonade, and Alta Palla Sparkling Lemonade. The sugar just seems to work better with the sherry. (Not that you need any excuse to avoid HFCS sodas in general.)

On a second test with a full glass of these four, the Sprite and the Lorina pink lemonade came out a little bit too high-note citrus for my taste; slightly incongruous with the musty sherry. The Alta Palla was pretty good, but almost such a background flavor that the drink was a little flat/watery tasting.

My favorite soda that I tried for the Rebujito is the Mexican 7-Up. It's present but doesn't get in the way due to its low level of flavor.

I wouldn't put the Rebujito on the list of the top cocktails of all time, but it sure is a tasty highball when you're sitting in the heat and sun in southern Spain. Which we should all do more often. 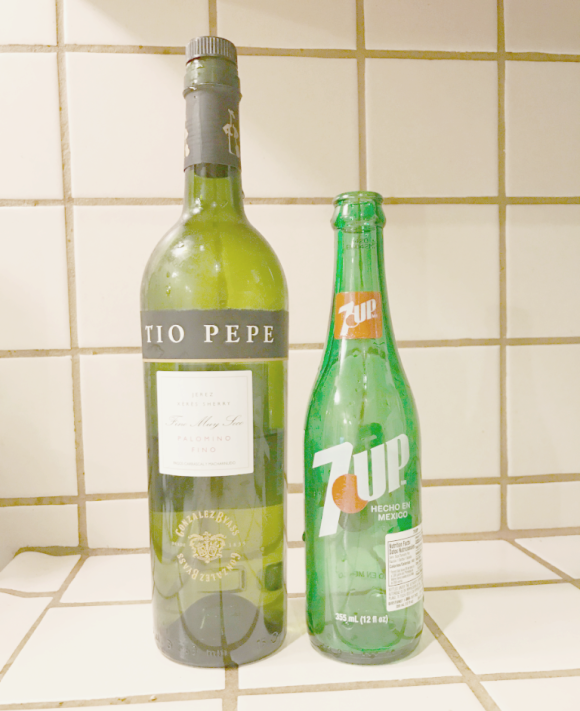