The Best and Worst Non-Alcoholic Beers, According to Bartenders

Expanding on my other post about what to drink when you're not drinking, I asked bartenders to tell me their favorite (and least favorite) non-alcoholic beers.

Here is what they say - comments copied from Facebook so forgive the formatting/spelling: 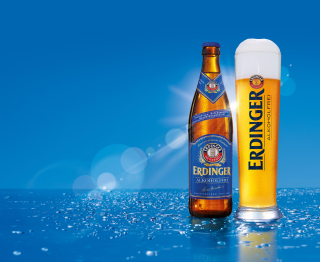 Erdinger came out as the clear winner in this poll.

Kevin Diedrich, PCH, SF: Erdinger N/A is my go to

Simone Mims, SF:  Erdinger is probably one of the most solid.

Jason Boggs: We also use Erdinger.

Timothy Zohn, SF: Erdinger is pretty much the only good NA beer in my opinion.

Andrew M Volk: Sounds like everyone else has already commented it, but another vote for Erdinger. It's the only NA we'll stock.

Anthony Parks, SF: Erdinger in the bottle or Old Milwaukee in the can 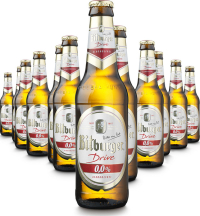 Brandon Cummins: Well now I have to hunt down Erdinger... But my personal preferences are Clausthaler and Bitburger Drive.

Roger Gross: Clausthaler and Becks are quite nice.

Jabriel Donohue of Circadia in Seattle:  Bitburger Drive is my runaway favorite.

Kailee Asher of Counter Intuitive/Undertow in Phoenix AZ: I'm pregnant right now so no drinking for a while...  Clausthaler N/A beer.

Greg Randle, Austin: Clausthaler is my favorite. We regularly have 3-6 NA beer brands in the house.  My favorite used to be St. Pauli (have regularly had blind tastings of 6-10 brands and it always did well in groups), but Clausthaler has taken over. Haake Beck is a top favorite. I used to not be a big fan 15 years ago or so, but I think it has gotten much better for whatever reason.

Jared Hirsch, Oakland: The blind test we did at Sidebar (Oakland, CA) had Clausthaller Golden Amber as the clear favorite. We found it balanced with good malty character, subtle bitterness, and most resembled an actual beer.... (Half hour later after a taste-test): Clausthaller Dry Hopped is now the new favorite and on the menu at Sidebar in Oakland.

Carrie Crespo-Dixon: I consider myself and expert in NA beer. I've been doing Sober October since 2006 and have tried ALL of them. For price and taste Old Milwaukee is by far the best. It's crisp and light, like a true lager. I know real beer drinkers probably don't like Corona but that's what OM tastes like to me. I like IPAs and Saisons so Clausthaler is another top choice, it's a bit fuller bodied with more complexity but again crisp and flavorful without having a sweet aftertaste (I personally don't like the Amber but my husband does.) Last, is Beck's NA which like Clausthaler has good body, is crisp and flavorful. The problem with most near beers is that they are either too sweet or lack finish and that edge on the finish is what's missing in most NA beers. And sometimes the carbonation in NA beers is just off. All the others are pretty heavy or taste AWFUL once they get the slightest bit warm. 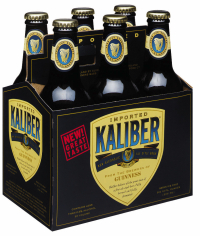 Chris Elford, Seattle: In my opinion the best is Einbecker NA. Erdinger is a close second. There are also many regional NA beers now being made by craft breweries who are using one of a couple methods to remove alcohol. Neither produce stupendous results but both make something better than the typical offerings you'll find in a grocery store. The other thing to consider is that because you won't sell much of it, you may want to consider not buying an NA beer that is packaged in green glass or clear glass, which won't keep the wavelengths of UV light out that would cause your NA beer to taste skunky. So! Buy in small quantities to keep it fresh and keep it in the deepest recesses of a fridge until the time of service.

Brian Petro: When I have the opportunity, I get the Einbecker N/A. My customers enjoy it more than any others I have sold.

Aaron Polsky: Harvard & Stone, LA: We've been selling Old Milwaukee N/A for 6 months or so and the people who don't drink and are offered it (usually not knowing that we sell it) are eager to drink it.  I should also add that it doesn't hit too far, if at all, below the bar set by the prestigious Old Milwaukee Original.

Joseph Davis, Portland Oregon, three degrees bar: I loved Kalibur (sp?) when I was on a hiatus from drinking. Hated st. Paulie girl 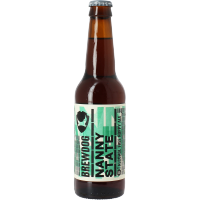 Niki Ganong, author:  I spent a lot of last summer not drinking b/c of a medication I was taking, so I have tasted everything that's available. Bottom line is that the Germans do alcohol frei much much better than Americans. My faves: Erdinger Weissbier (by far my fave), Clausthauler, and Paulaner. Buckler is undrinkable IMO, as is Sharps.

Thomas Caspers: Hi there from Germany and first of all, Erdinger is crap. It's too sweet and malty and you don't even taste the yeast. I prefer Jever Fun, but there is also one very nice N/A IPA called "ü. NN", what means "Über Normal Null", could be translated as Above Normal Zero (haha). Quite nice, all you expect from an IPA.

Yvonne Lorkin: There's a zero alcohol beer from Italy called Birra Zero which is half decent

Ulric Voelkel-Nijs: The Bavarians have really nailed down N/A beers! Maisel's Brewery in Bayreuth does an impressive Weißen without a trace!

Michael Mtvå Bergström: Drink'in The Sun - Mikkeller is excellent! Nanny State by Brewdog is great too

Ian Williams Clausthaller or St Pauli Girl and if you can get it here, Smithwicks AFB

Daryl Haldane: Weihenstephaner is a favourite. Becks Blue is also quite tasty.

Philip Duff, Consultant: If you are a lager drinker, its Clausthaler's NA lager, easy, by a mile, or the hopped one if you usually drink hoppy beer. It doesn't have the distribution other NA brands have, and it lacks Erdingers "big brother" advantage of having an alcoholic sibling (a rare example of alcoholic siblings being an actual advantage!) I've tried all the US-available brands I could find, and the short conclusion for NA beer is: unless it's made in Germany, don't drink it.

Stacia Sasso: Aslan brewing in Bellingham, WA. is brewing their own NA. It's a dark style and damn good. I keep trying to get them to distribute it.

Heather Gregg I'm not a bartender but I like beer and have been pregnant twice (one time at Tales)! I've tried many of them, including the fancy ones that are trying to be good. I think that's pointless! I like Sharp's in a can for a PBR-esque experience, Clausthauler for a Rolling Rock feel, Erdinger for actually a pretty decent lager type. Ones I hated: Buckler, Kaliber, St Pauli Girl, and whatever that one in the green bottle is which seems to be in every bar (O'Douls). 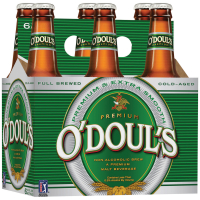 Tobin Ellis, Las Vegas: Keep in mind some sober people want to drink an N/A that tastes nothing like real beer at all, so as not to trigger their craving for that addiction. Which is the only plausible explanation for the popularity of Sharps or O'Douls.

Does anyone know of a good gluten free non-alcoholic beer?

O'Doul's amber is a great NA if you like a sweet beer. It's my favorite domestic and I use it in cooking all the time (in bread, pulled pork, corned beef etc..). Bravus Brewing co, oatmeal stout is also very good when you want a stout... With, what to me tasted like a hint of coffee.
And Kalibur is my favorite of the imported NAs. I will try any NA someone puts in front of me, but somehow I always end up back at either Odoul's amber or kaliber.
Side note replace 1/2 the water in any bread recipe with beer and enjoy.

Estrella Galicia out of Spain is good contender if you can get it...?

Hey Kenny, this may not help much. I was in Munich at a health-food deli in Oct. 2018. I bought 2 bottles of “Lamb’s” at least it had the word “Lamb” in the name. I wish I had bought 6 bottles it was terrific, gf and Na.

Bought a little of everything Total Wines had in stock. Much I didn't like at all, some merely o.k.. Of what I could find Clausthaler Dry Hopped was by far my favourite but then I rather prefer(ed) modestly hopped IPA or Pilsner Urquell style beers.

Curious if any of you have any recommendations for an NA beer that isn't high carb (most I've found are 9 to 19 g per bottle which is crazy high) but, still taste like a beer?

Being the snob I am... Athletic Brewing out of Connecticut is a wonderful find. I’ve seen an IPA,
Golden Ale , a Stout and a Copper Ale. The IPA us 5 parts/ million gluten. Made to have gluten removed but grains used contain gluten. Salút !!