The bar Elixir was recognized this weekend as being the second oldest (known) drinking location in San Francisco by the wacky historical/drinking club E. Clampus Vitus (aka The Clampers). 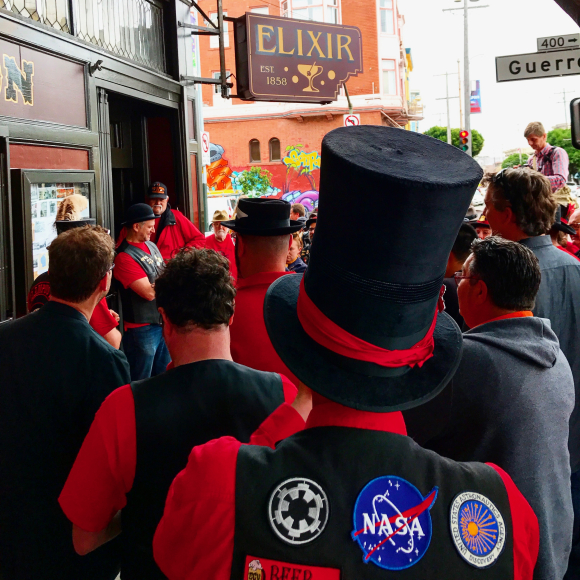 The oldest is the Old Ship Saloon, which was literally a ship dry-docked in what is now the Financial District that was turned into a bar.

Elixir dates back to at least 1858 and it has been continually operated as a drinking establishment since then (we know this thanks to the thorough research by The Clampers) - with the exception of the 1906 earthquake and fire when it burned down and was rebuilt, and during Prohibition when it was a soda fountain. 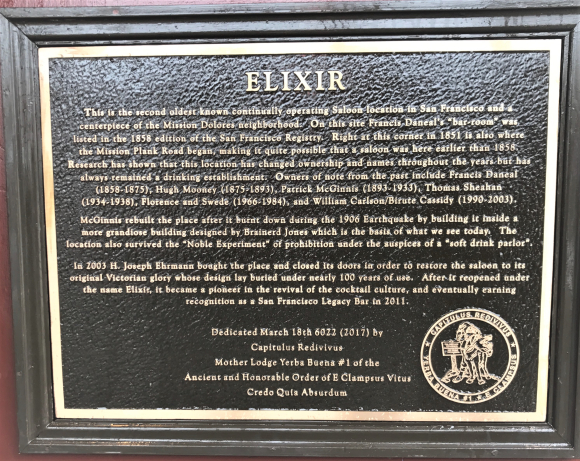 The Mission seems pretty far out for an old drinking establishment, but keep in mind that Mission Dolores nearby is the oldest surviving building still standing in SF dating back to 1791.

I attended the event and took a couple of snaps. It was fun because The Clampers are ridiculous and also because the bar's owner, H. Joseph Ehrmann, has been a long-time Clamper himself. Also, there were two-dollar shots of whisky so I didn't get much else done that day.