Who knew there were so many vodkas and gins distilled from whey? Answer: Not me. 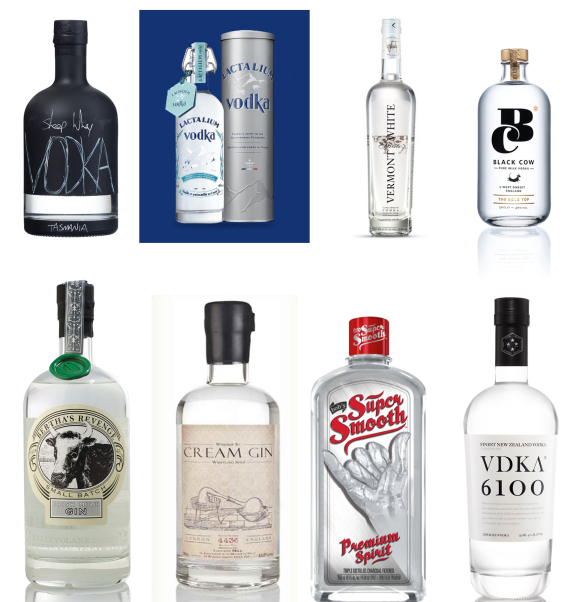 Way back in the late 2000s I first tried Vermont Spirits' whey-based vodka, and now several others are appearing on store shelves.

Vermont Spirits' version is called Vermont White, and it's described as "Vermont White is distilled from whey, the natural sugar source found in cow’s milk. The Distiller introduces select nutrients and yeasts to create the lactose fermentation.  After distillation in the glass fractioning column still, Vermont spring water and a light charcoal filtration complete the process." Elsewhere they describe it as being inspired by "Tuvan milk vodka."

Later I tried VDKA6100 and don't think I even realized it was whey-based vodka, though I do remember thinking it was good.

Since then other brands have popped up. A quick internet search pops up Hartshorn's Sheep Whey Vodka (they also make a whey gin). So there's is made from sheep's milk, which the company uses for cheese.

The website says, "Ryan and his family run Grandvewe Cheeses in Birchs Bay located deep in Tasmania’s south. When making cheese, the whey is often discarded and put to little use. Ryan has spent the last two years discovering how to turn the complex sugars held within the whey protein and convert them into a basic sugars to then ferment into alcohol and eventually distill."

This story on TalesoftheCocktail.com lists a few other whey products, including Blackwater No5 gin (interesting that whey is not mentioned on their own website) and Bertha's Revenge, both from Ireland, and Cream Gin from England.

Canada produces its own whey vodka called bob's Super Smooth, in a fun bottle. It's "Made from whey and blended with the cleanest spring water on the planet."

Last week I was at the WSWA convention in Orlando, and tried two whey vodkas there. The first is called Broken Shed and it comes from New Zealand. It tasted very structured and filtered; not super creamy as the other one I tried.

The last thing I had at the convention was the amazing Lactalium vodka, made in Northern France. Instead of tasting just like vodka that's a little softer, this stuff tasted like it would rot if you left the cap open - sour and goopy and aromatic. Mmmm.

That's a lot more whey-based spirits than I expected to be on the market already, but I guess these milk-derived vodkas are the wheyve of the future.

Nothing created or shipped to the USA. Very disappointed.