A few days before National Amaretto Day #NationalAmarettoDay aka #DisaronnoDay I gave a talk to the San Francisco chapter of the US Bartenders' Guild about ice. 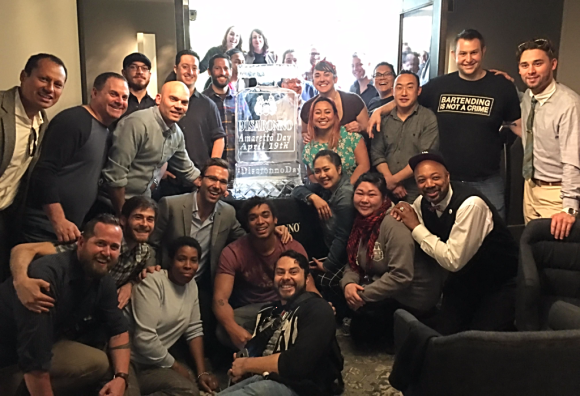 Disaronno commissioned this fancy ice sculpture and I spent some time making some ice projects in advance of the talk. More on those in a later post. 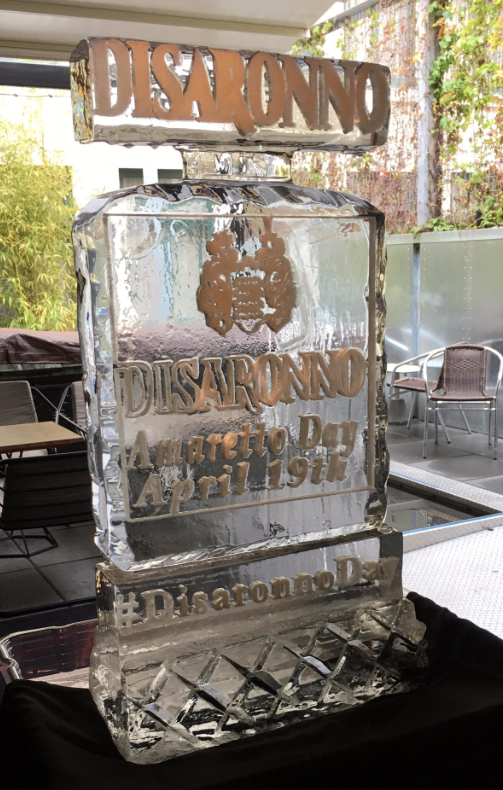 We had some Godfather cocktails and another specialty cocktail, The Cloud 9, with Disaronno, Kikori Whiskey, lime, toasted coconut and infusions of rice and miso  courtesy of Dirty Habit where the meeting was held thanks to Bar Manager Raul Ayala. 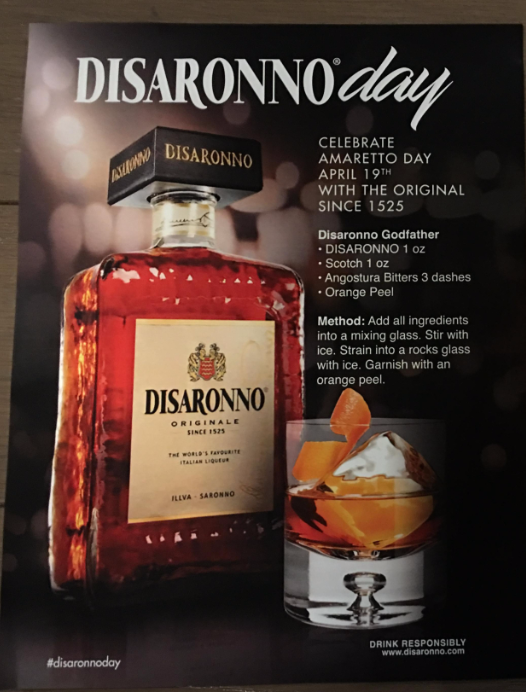 And then I got down to business. 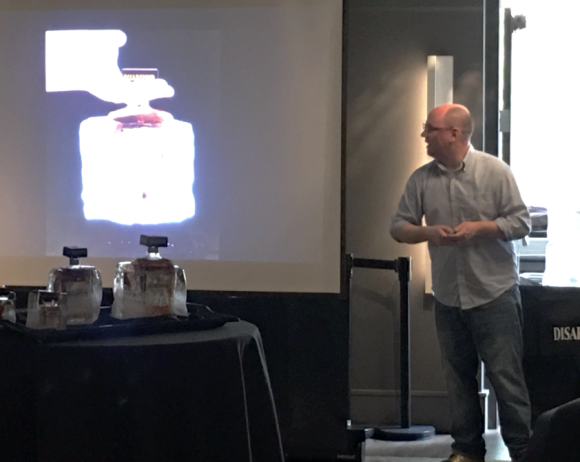 On actual #DisaronnoDay April 19th in San Francisco, look out for cocktail specials at bars including:

The Twisted Morgenthaler, of course is a take on the ever-so-humble Jeffrey Morgenthaler's amaretto sour recipe made famous by his post "I Make the Best Amaretto Sour in the World."

In a mixing glass, add all ingredients, close and dry shake hard, releasing gas every 2-3 shakes. Add ice and shake well. Strain into a cocktail glass (or a short glass of ice) and garnish with a cherry floating on the foam.

Kentucky Pilgrim Infusion: In a wide-mouthed glass infusion jar place 1 liter of Wild Turkey 101 and 2 barspoons of cardamom seeds. Close and leave in a dark cool place for 1 day. Strain out cardamom and add 1.5 cups dried unsweetened cranberries and 3 sticks of cinnamon. Close and leave for another two days, agitating once per day. Strain solids and store in the original Wild Turkey bottle.

Mixologist’s Notes: Portland bartender Jeffrey Morgenthaler adds .75 of cask strength bourbon to his Amaretto Sour recipe in order to enhance it, and we’re big fans of this idea. So we took the cardamom, cranberry and cinnamon bourbon infusion from our popular Kentucky Pilgrim cocktail and used that instead. The result is a spicy, complex and delicious sour cocktail!