Mixology Competitions at the Wine & Spirits Wholesalers of America Convention 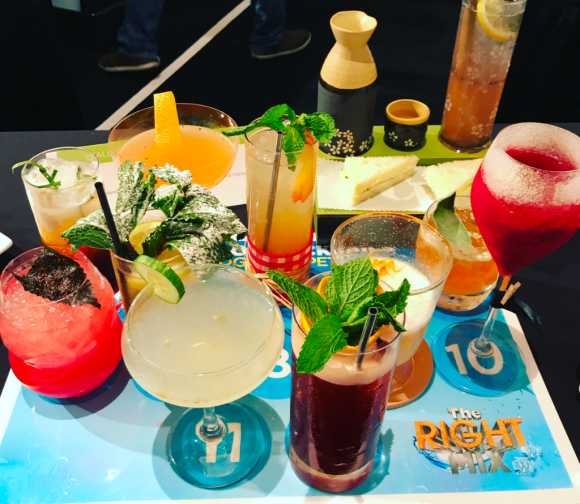 Once again this year I attended the WSWA Convention, a convention for the nation's wine/spirits wholesalers (aka the distributors or the second tier of the three-tier system). The convention is a place for large wine/spirits brand owners to meet with all their distributors from around the country, and for smaller brands to try to pick up additional distribution.

As usual, I helped judge a cocktail competition. In the past, that was always the Wholesaler's Mixologist competition, which is done Iron Chef-style with a couple of secret ingredients that the staff mixologists from wholesaler groups have to make using their spirits portfolios.

This year I judged the Call for Cocktails Competition instead. For this one, brands (often working with some of those same staff mixologists from the distributors) submit recipes online. Each recipe represents one brand. In the past, the drinks in this competition were submitted by brand owners and people who weren't the best mixologists, but that's changed significantly.

The top 12 cocktails from about 100 submitted online were narrowed by a committee and then made/judged live. Because of the blind first judging, they didn't know that 6 of the final 12 cocktails to be made live at the event were all submitted by the same person: Troy Clarke, the director of mixology for Martignetti Companies and owner of Twelve24 Cocktails.

So it should come as no surprise that Troy eventually won this competition, coming in both first and second place by himself. Smartly, I snapped a photo of his recipes. 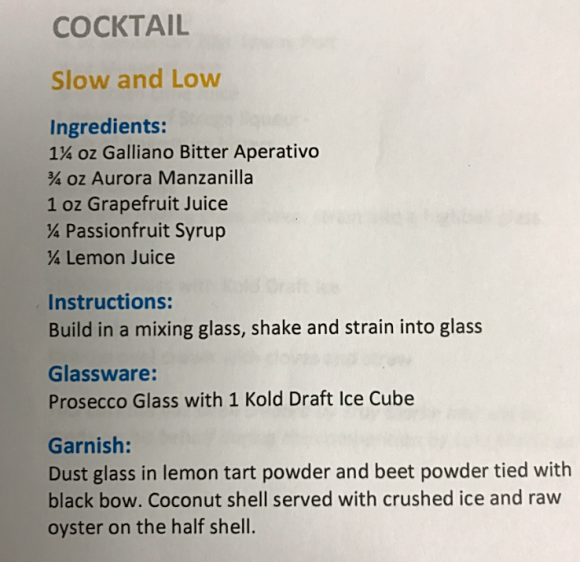 And this was how the cocktail was presented. It's an oyster on top of a coconut on top of a beet-and-lemon sugar dusted glass. 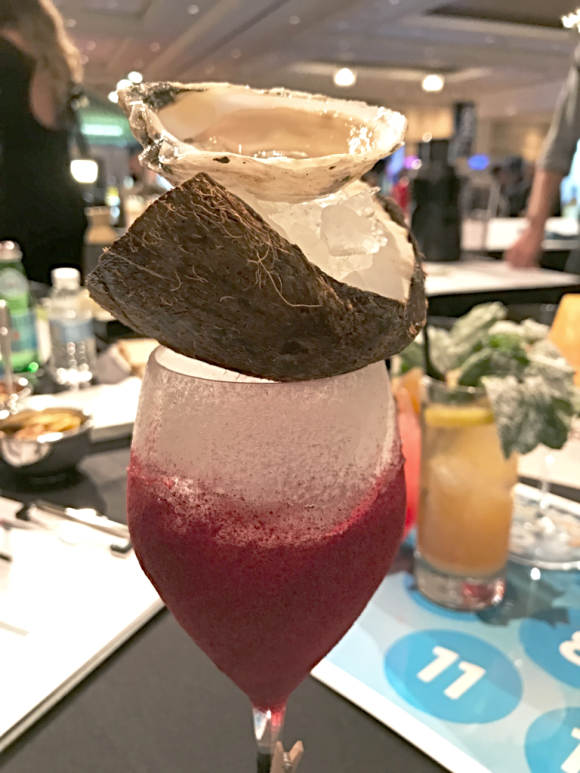 The Kickback Sling, on the other hand, was presented simply with a mint garnish, but it was by far the best Singapore Sling I've ever had. 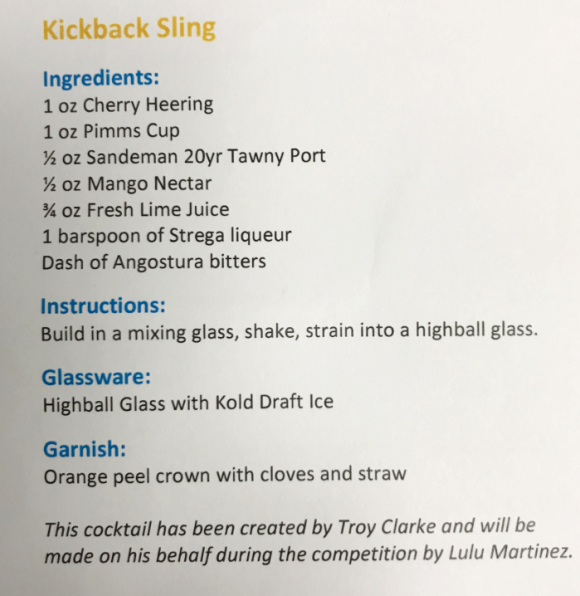 The third place winner was a Jagermeister cocktail from Willy Shine, the new "Brand Meister" of Jagermeister. 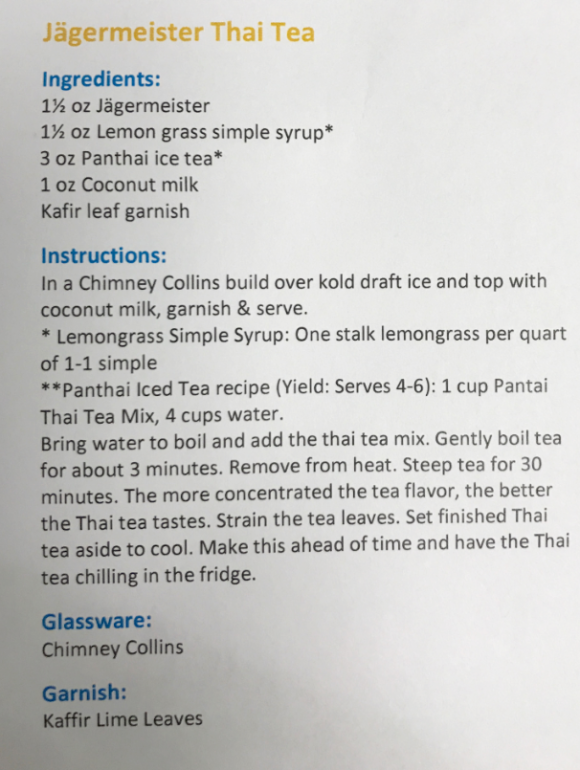 Special mention should also go to Troy Clarke (again) for this set-up: The drink was basically a Gin & Tonic, but served on a custom-made book with a pull-out draw holding all the botanicals in the gin, and on top a sample of the gin neat in a sake glass along with two cucumber sandwiches. Impressive. 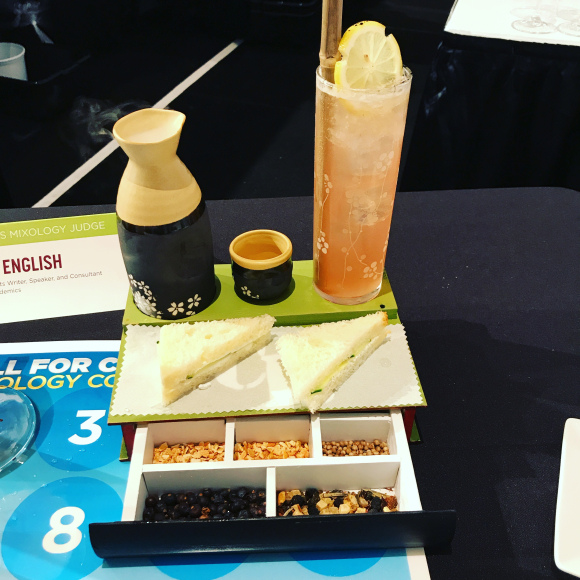 Thanks for making drinks everyone, and congratulations to Willy and Troy for their wins.