Bugs & Booze & Things to Do with Ice: Camper's Talks at Tales of the Cocktail 2017 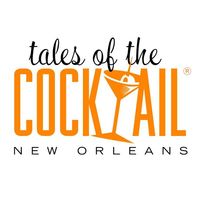 This year at the annual Tales of the Cocktail convention in New Orleans, I'll be giving two talks: One on New Ice Techniques and the other on Bugs and Booze.

If you have any related information to share on those topics, hit me up and I'll see if I can include it!

Much of what we drink today is due to the pestilence of the past. The phylloxera aphid destroyed the European wine and grape brandy industry, but as a consequence helped popularize European whiskies and calvados, as well as forced American bartenders to swap out the cognac in their Sazeracs and Juleps for rye. Mosquito-transmitted malaria has plagued humankind for millennia, and its natural cure quinine bark wound up in our tonic water, aperitif wines, and amari. Fleas carrying bubonic plague are naturally repelled by juniper berries that made their way into gin.

In modern times we’re putting bugs back into drinks. Cochineal, an insect-based red food coloring, has made its way into a few new spirits. Bartenders keep trying to make us drink ants, crickets, and scorpions as rims, garnish, and infusions. They say insects are the future of food – will they be the future of drink too?

We’ll look at how insects influenced how we drink today and how they might impact what we drink in the future.

We’ve come a long way, baby! Ten years ago there was one ice machine on the US market that could make decent-sized cubes, and a whole lot of hearsay on how to make clear ice. A decade later there is a range of new machines, a well-understood method for machine-free clear ice (‘directional freezing’ developed by speaker Camper English), and a rebirth of creativity in the industry to make ice… cool again.

The main part of the seminar will be a survey and slideshow of some of the most spectacular ideas in ice from the past couple years, including branding ice cubes, hacking Clinebell machines to freeze objects inside cubes, using robots to cut up ice blocks into different shapes, and much more. We’ll take a look at the new machines that can freeze not just water but alcohol or whole cocktails, and create new shapes and sizes of ice. We’ll study tools and techniques for breaking down blocks, including ban band saws, chainsaws, hacksaws, and various knives and picks that different bartenders prefer. And we’ll look at low-tech tricks as well – how people are using directional freezing in fun and efficient ways for work or for home. Finally, we’ll look at the costs and practical considerations of implementing a fancy big ice program or ice delivery company, and a ton of hacks, kluges, and workarounds that smaller (or cheaper) bars use to implement better ice programs with budget and space constraints.

I've been trying to figure out a good way to cut up the clear ice from the lunch box cooler. I bought a little ice saw but I can't hold the ice long enough to cut it. Now I need some insulated gloves.

Also, it's "band saw" not "ban saw". Hey, wait. I have one of those! It might be too contaminated from woodworking, though.

Whoops- typo. For my cooler at home, I don't worry about getting nice squares of ice so I smash the whole thing up with an ice pick into big rocks - very efficient and quick.